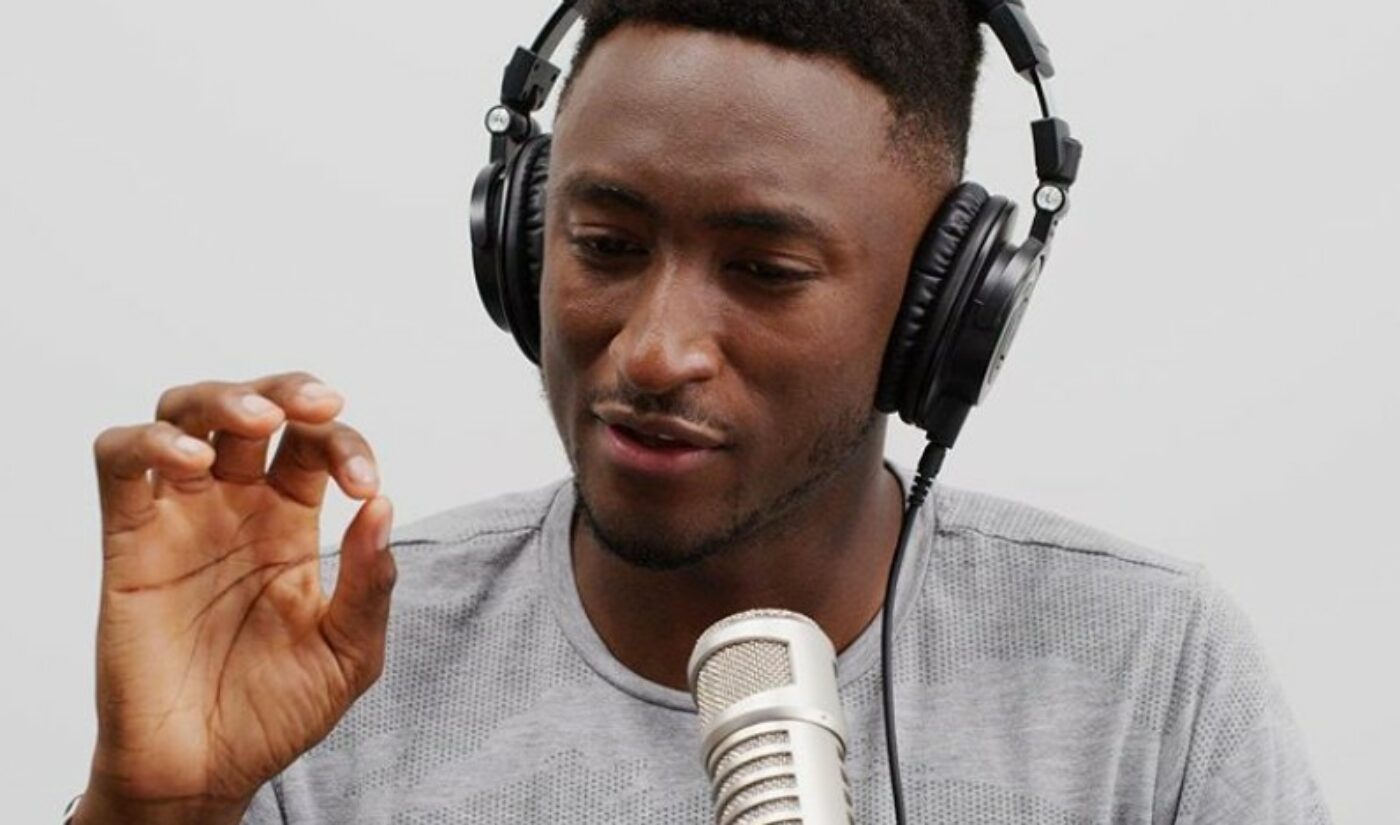 In terms of the tech space, the influence of influencer Marques ‘MKBHD’ Brownlee — who counts 12 million YouTube subscribers and 50 million monthly views — may be unparalleled.

Case in point: a digital designer and entrepreneur who goes by Traf pocketed upwards of $100,000 in a single week following an organic shoutout from one of YouTube’s most trusted tech reviewers.

It all started when Apple enabled the customization of iPhone homescreens with iOS 14, via color-coordinated icons and the integration of widgets — including those created by third-party designers. Last month, Traf shared a photo of two homescreen setups he’d designed on Twitter — including an all-black version that caught the eye of several followers, who praised its sleek, minimal look. Given interest, he packaged the icons for $28 and began selling the set on Sept. 21, the BBC reports.

It was an overnight smash, with Traf reporting that he made $5,000 in one day, and then $24,000 within the next three days, thanks in large part to social buzz. But the business exploded on Sept. 24, after the all-black icon pack caught the eye of Brownlee, who featured it in his The Ultimate iOS 14 Homescreen Setup Guide! view (5 million views). Subsequently, by Sept. 29, Traf reported that he had clocked a total of 4,188 sales that generated $116,147 in revenues.

And those figures show no sign of slowing. On Oct. 3 alone, Traf said he pocketed a cool $13,600. “The right content, posted at the right time, can create unimaginable results,” he wrote in a blog post titled Six Figures in 6 days, chronicling his stunning success story.

Traf will also continue to design new packs, he said, with his latest offering inspired Brownlee himself — including the red, black, and white hues that Brownlee favors in his channel logo and branding. You can check out that set, which is priced at $18, right here

The power of an organic shoutout to something genuinely good is real. Product is king 👑
https://t.co/bTLVfOn1Sv pic.twitter.com/hfOdlGacb6