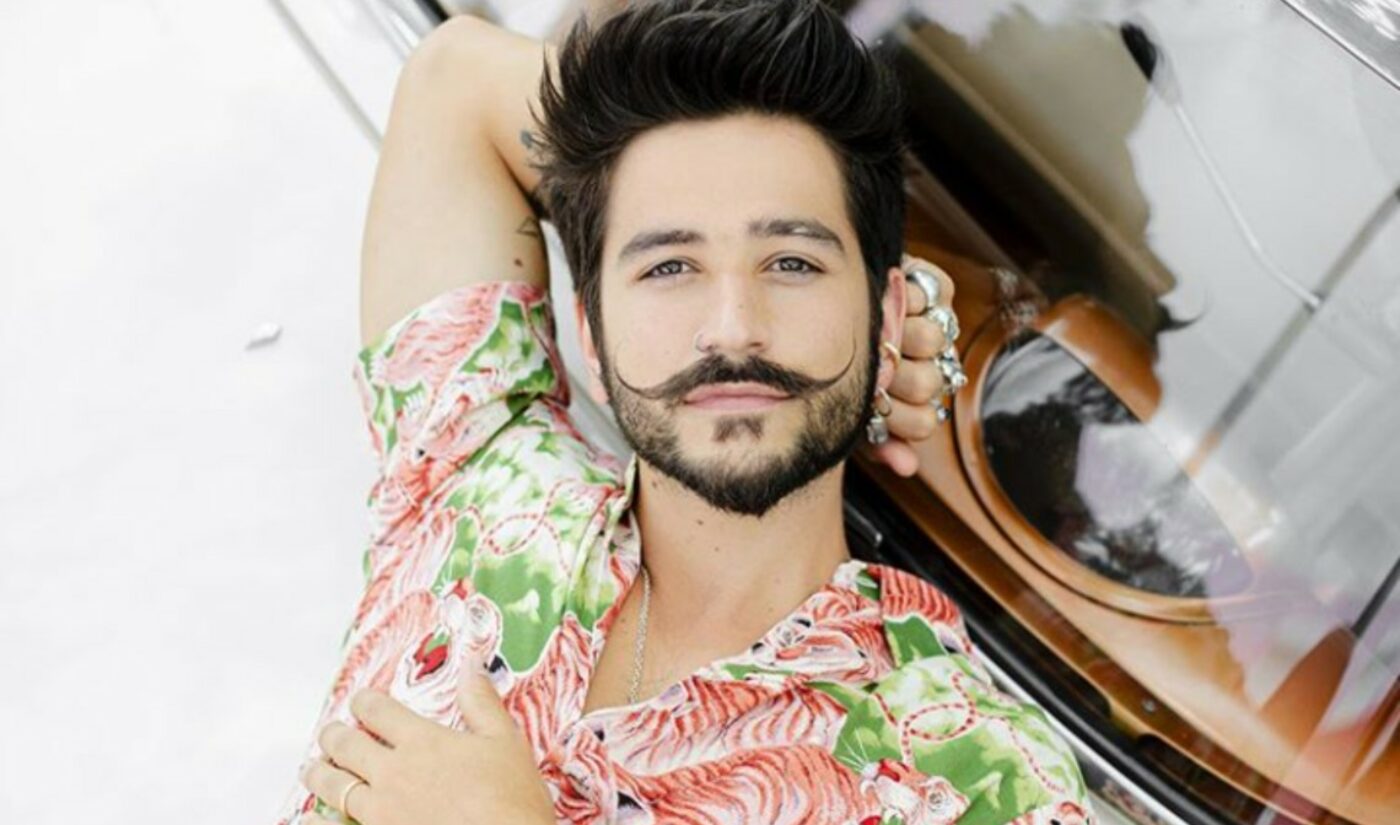 YouTube has pacted with the massively popular Colombian musician Camilo for a live concert that will be broadcast intimately from the signer-songwriter’s brand new home.

The concert serves a dual purpose — as both a marker for Camilo’s new single, “Vida De Rico” (whose music video, below, has garnered 31 million views in the past week), and to commemorate National Hispanic Heritage Month, YouTube says. The event is dubbed Concierto En Casa, and kicks off tomorrow at 7 pm ET on Camilo’s YouTube channel, which has garnered 3.4 billion views and grown by 5 million subscribers over the past year.

During the stream, Camilo will be joined by his wife, Evaluna, and a few close friends, as they tour the home and perform acoustic songs in different rooms. The songs will express Camilo’s journey as both an artist and new husband, covering his marriage to Evaluna in February, their honeymoon (as documented in the March music video for “Favorito“), and the purchase of their first home together in Miami. After the live event, YouTube will release individual performance videos with special re-edits and unique song visualizers, the platform says.

“I feel that these are not just different versions of my songs, but instead, that they have an almost sacred meaning for me because this is the first time I’m performing music that is part of my history and my life in my first home,” Camilo said in a statement. “I can see myself in ten years, watching those videos when we had just moved in, remembering all that I have lived with my songs since my marriage, my honeymoon, and my entire story.”

YouTube notes that Camilo has entered its Top Artists charts in 15 markets this year, including Mexico, Argentina, Colombia, Peru, and the United States. Camilo is also one of the top 50 most-viewed artists globally to date this year, YouTube said.