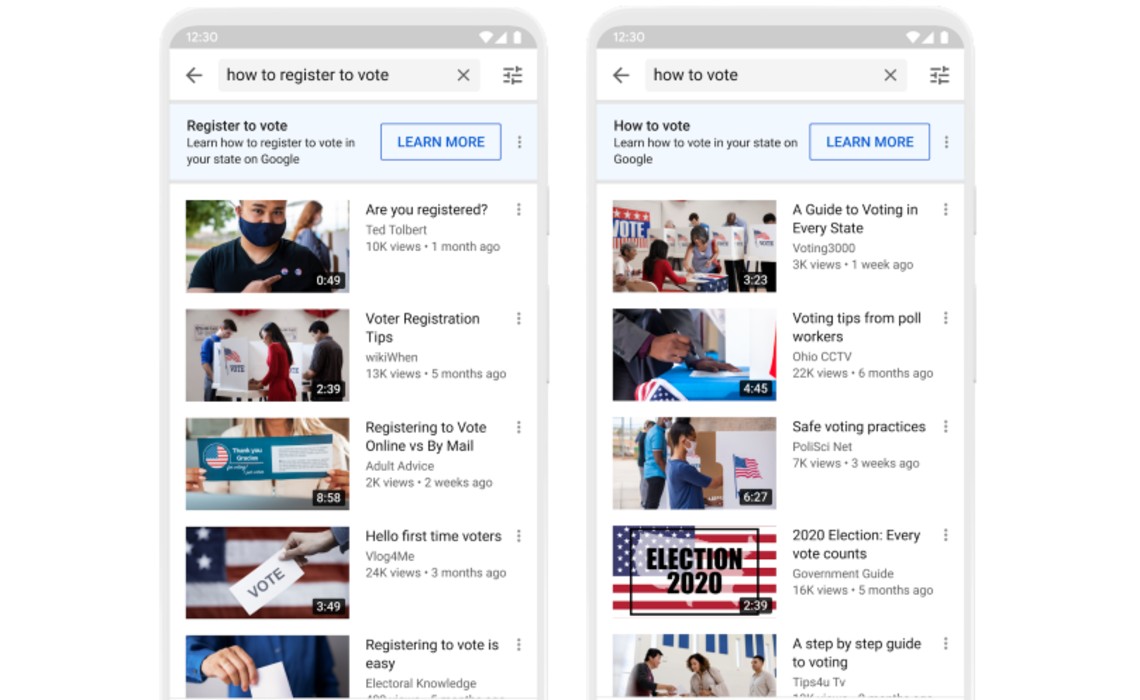 With the Presidential election two months away, YouTube is building on the previously-laid-out policies, tools, and original content initiatives it has established to distribute authoritative voting information and encourage members of its community to cast their ballots.

“Our policies prohibit claims that mislead voters on how to vote or encourage interference in the democratic process,” wrote VP of government affairs and public policy, Leslie Miller, in a just-published corporate blog post. “Additionally, we demonetize content with claims that could significantly undermine participation or trust in an electoral or democratic process.”

In terms of combating misinformation, Miller called out YouTube’s two-year-old Information Panels, which appear on video watch pages and within search results. Information Panels provide factual context for topics that are frequently prone to conspiracies using information from vetted, third-party sources. While Panels are already in place for searches surrounding the moon landing and COVID-19, for instance, YouTube says it’s adding ‘voting by mail’ to this list — likely in response to President Trump’s repeated, baseless assertions that the process is rife with fraud, as well a projected increase in absentee voting this year amid the coronavirus pandemic.

The ‘voting by mail’ Information Panel will contain fact-checks provided by the Bipartisan Policy Center, YouTube said — a non-partisan thinktank.

Other new Informational Panels will appear alongside searches for all congressional, senatorial, and presidential candidates. And two new panels — in both English and Spanish (pictured above) — will direct users to accompanying, geo-specific tools on Google.com: ‘How To Register To Vote’ and ‘How To Vote’. Both tools provide pertinent voting logistics as furnished by non-partisan data partners, like Democracy Works.

Miller also notes that YouTube will share voting reminders across the platform as well as its social media accounts ahead of the election — a baton that many creators have taken up of their own accord to great success.

And finally, YouTube says it has two election-related Originals rolling out in coming weeks: an interactive voting special titled YouChoose 2020 (dropping Oct. 5), which takes viewers through the voting process by using a meme of their choosing as an analogy, and Kid Correspondent (Oct. 28) — a four-part election special from the producers of Kid President that will air on both YouTube and YouTube Kids, aiming to foster family discussion about civic engagement and the democratic process.

Kid Correspondent will be hosted by eight-year-old Riah (pictured above) and features guest appearances from Rainn Wilson, Robin Roberts, and Rosanna Pansino. 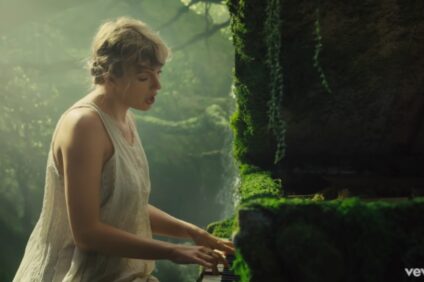