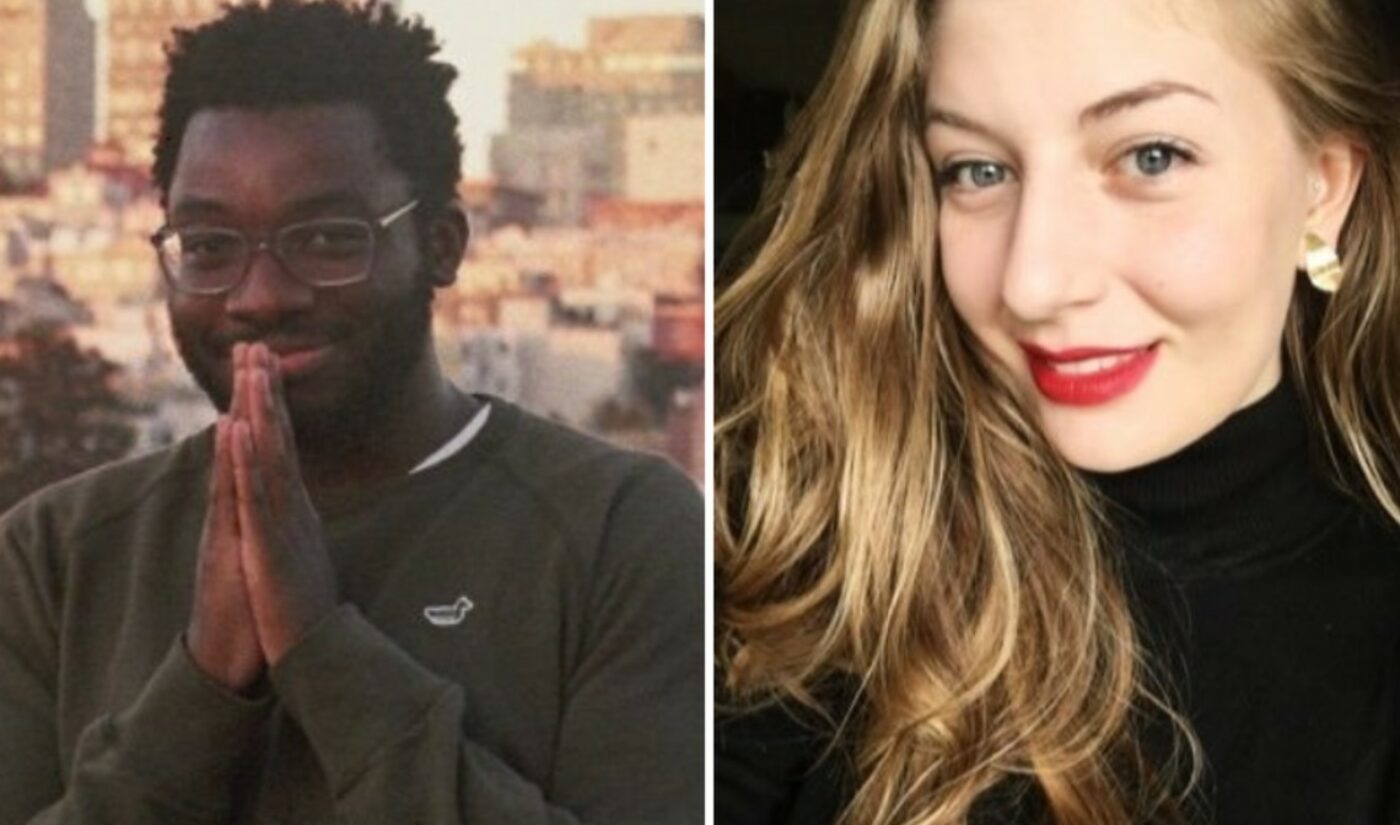 David’s Disposable, the startup founded by YouTube luminary David Dobrik last Christmas as a disposable camera app — which is evolving to become a full-fledged social media network — has announced its first two hires.

Dobrik announced that he was hiring designers and engineers for the company — which looks to be transitioning its name to Dispo, per its Twitter account — via a Product Hunt post in August, subsequently spawning thousands of applications. Now, Dispo has confirmed its first two hires in a Twitter thread. They join a small-but-mighty team that already includes Dobrik (who serves as ‘chief fun officer’), longtime friend and business associate Natalie Mariduena (treasurer), and the entrepreneur and venture capitalist Daniel Liss (who is Dispo’s CEO).

Regynald Augustin (pictured above, left) has been named Dispo’s first engineer, while Briana Hokanson (right) will serve as lead designer. Amid the bold-faced hires, sources tell Tubefilter that an announcement about the company’s first funding round is on the horizon.

Augustin is a content creator and former machine learning engineer at Twitter, who during his tenure at the company notably spearheaded a charge to remove racially-loaded words from technical discourse, including terms like ‘master’, ‘slave’, ‘whitelist’, and ‘blacklist’. Prior to Twitter, Augustin held engineering stints at Amazon and IBM. Hokanson, for her part, most recently spent three years designing the new Adobe Lightroom product, and also previously served as senior designer at dating app Interlace.

Dispo added that it is still seeking additional hires, with a focus on iOS engineers. Applications are available here. You can check out Dobrik’s original job announcement, which has accrued 11 million TikTok views, below.

Dispo launched as an app to replicate the experience of taking photos on a disposable camera, without a front-facing screen and a catch whereby users must wait roughly a day for their photos to ‘develop’. While details are still scant on the kind of social network that Dobrik and crew are building, he has said that its mission is to “preserve the community and connections that these raw, authentic, unique photos create.”