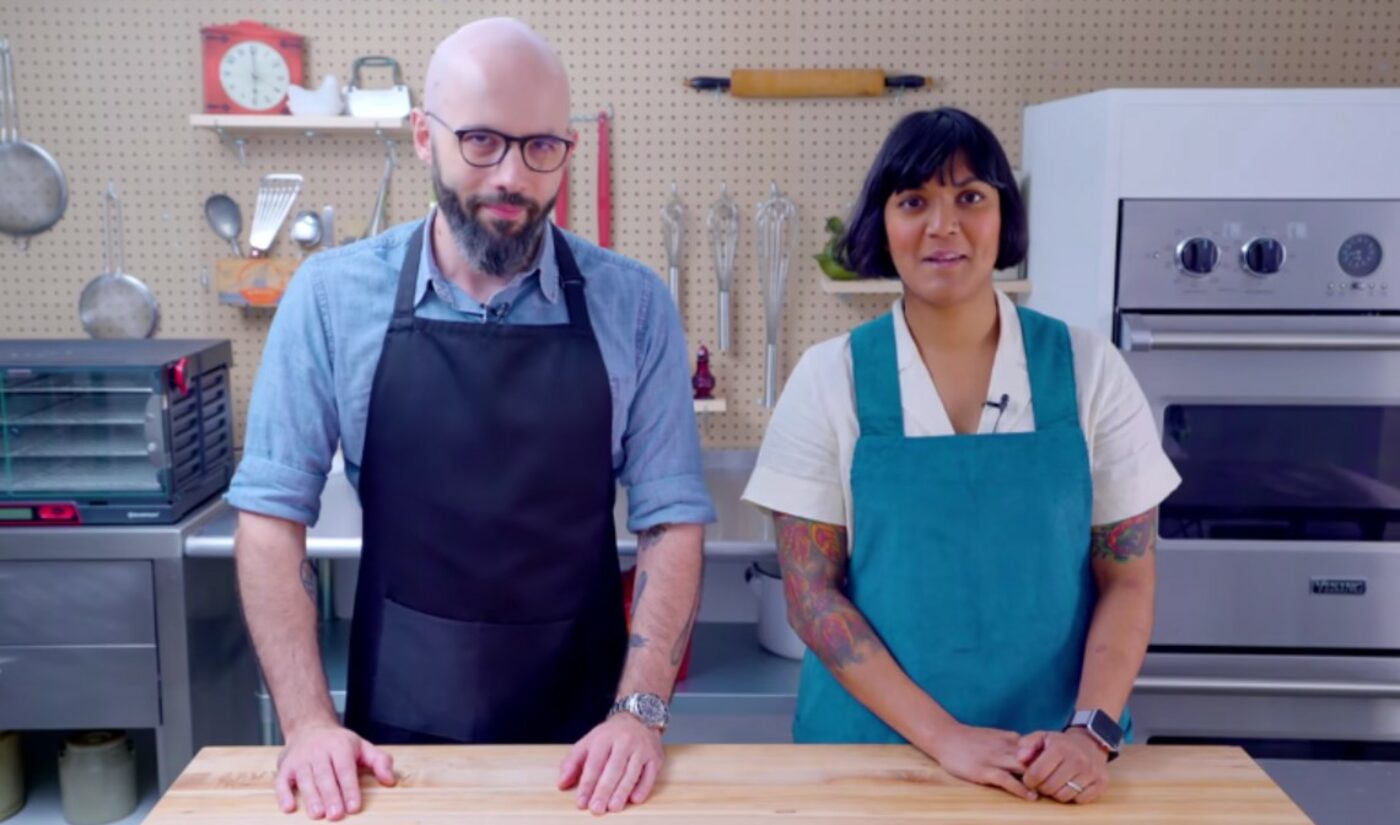 Sohla El-Waylly, a former host on Bon Appétit‘s massively popular YouTube channel, was one of the first staffers to call out the publication’s discriminatory compensation practices and lack of diversity on-camera — a revelation that propelled a leadership sea change at the Condé Nast title as well as the departure of seven ‘Test Kitchen‘ hosts.

While El-Waylly confirmed that she was departing the Bon Appétit YouTube channel in August — though she will continue to create editorial for its magazine and website — the beloved chef is now returning to the video world in partnership with YouTube cooking stalwart Binging With Babish (whose real name is Andrew Rea).

A new series titled Stump Sohla launched today on Rea’s YouTube channel, which is home to 7.8 million subscribers and 65 million monthly views. In Stump Sohla, El-Waylly will spin a game-show wheel and face different challenges (like cooking a seven-course meal with ingredients purchased from a convenience store). A total of 10 episodes will roll out beginning today, with additional installments arriving every Saturday, Deadline reports.

Rea told Deadline that Stump Sohla marks an evolution of sorts for his online video ventures — via the formation of a new, overarching media brand called the Babish Culinary Universe (BCU). Rea’s channel has been renamed to potentially accommodate additional shows beyond his own series, including flagship hit Binging With Babish, as well as Basics With Babish (which covers classic recipes), and Being With Babish (where the 33-year-old shares personal and family-related content).

That said, this isn’t El-Waylly and Rea’s first collaboration. The duo co-starred in an episode of Basics With Babish in July, where El-Waylly showcased her chocolate-tempering skills.

Stump Sohla is produced by Binge Entertainment and Made In Network, in partnership with El-Waylly, per Deadline. The series is directed and edited by Brad Cash, Jessica Opon, and Rea, with Sawyer Jacobs, Kevin Grosch, Opon, Rea and Emilija Saxe serving as producers.

You can check out the debut episode of Stump Sohla, where the host is tasked with making mac and cheese without any modern tools, right here: