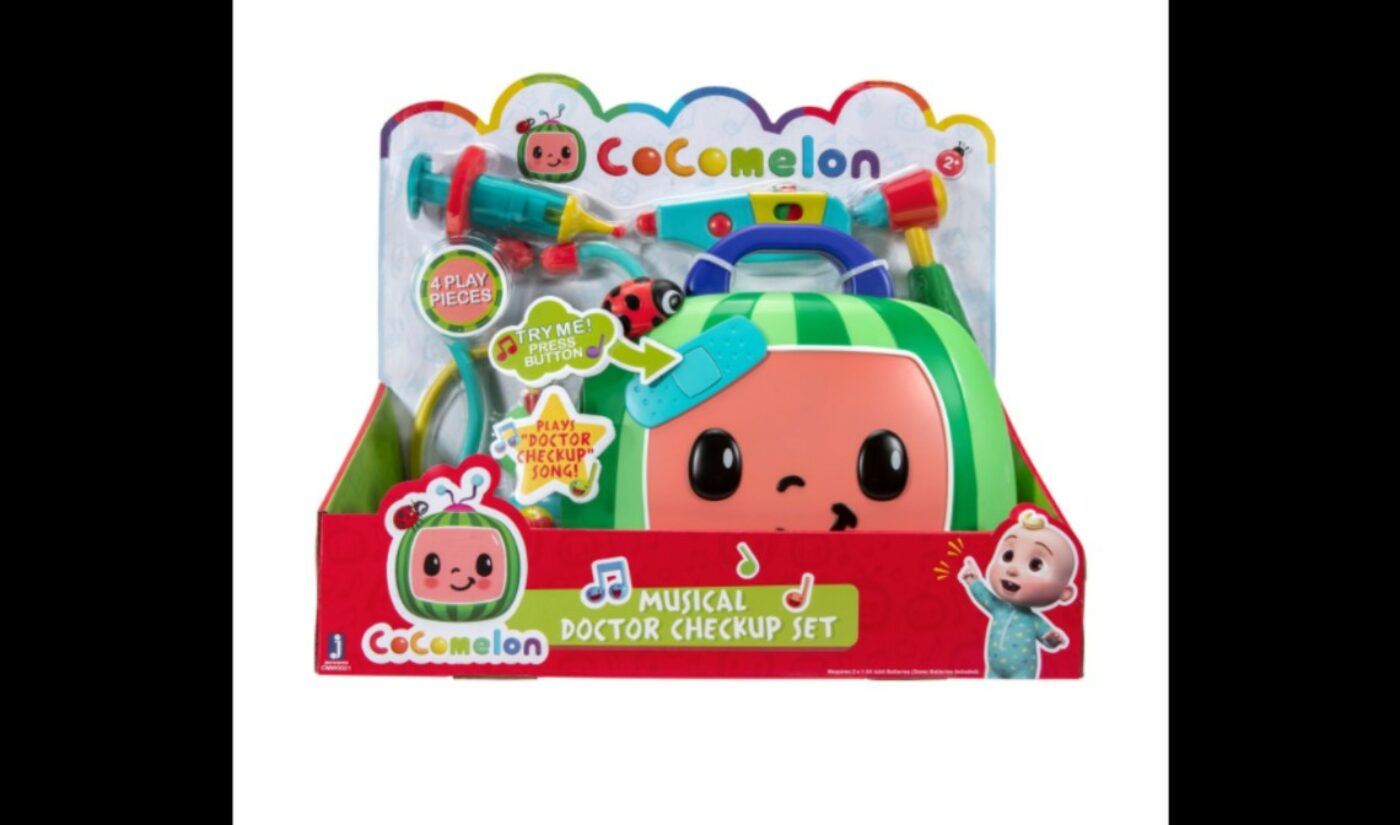 The lineup, which has been in the works for months, features myriad categories, including plush, vehicles, figurines, and role play. And after rolling out to retailers in recent days, Jazwares says the line has been such a hit that it’s currently working to replenish stock. Products range in price from a $5 Mini Vehicle to a $20 Musical Bedtime JJ Doll. (JJ is a popular character within the Cocomelon world, and the plush doll plays seven sounds and phrases).

“Cocomelon has quickly become one of the most parent/child co-viewed brands in the world, and joyful preschoolers will be thrilled to celebrate this beloved content in toy form,” Jazwares EVP and partner Jeremy Padawer said in a statement. (Last week, Cocomelon was the most-viewed YouTube channel in the U.S., and the second most-viewed YouTube channel in the world after T-Series). “As a result of this significant viewership, combined with quality, musical content focused on little JJ, his family and friends, we are already seeing incredible demand for Cocomelon.”

Other items in the range include: a Musical Yellow School Bus, $15, which can hold seven action figures and plays “Wheels On The Bus”; a Musical Doctor Checkup Set, $15, a kid-friendly medical kit complete with a stethoscope, otoscope, thermometer, and syringe (pictured above); and the Family & Friends Six Pack, which contains six figures from the Cocomelon universe.

Moonbug acquired Cocomelon in July for an undisclosed sum after announcing a $120 million funding round. At the time, it said the Cocomelon toy line would roll out in coming weeks — though Cocomelon had already announced its foray into merch with Jazwares prior to the acquisition in February. Two-year-old Moonbug’s other properties include Blippi, Arpo, Little Baby Bum, and Supa Strikas.

In addition to being one of the world’s most-viewed YouTube channels on a monthly basis, Cocomelon surpassed an unthinkable milestone in May: 1 billion views in a single week. Now, the channel counts 92 million subscribers and roughly 3.5 billion monthly views.