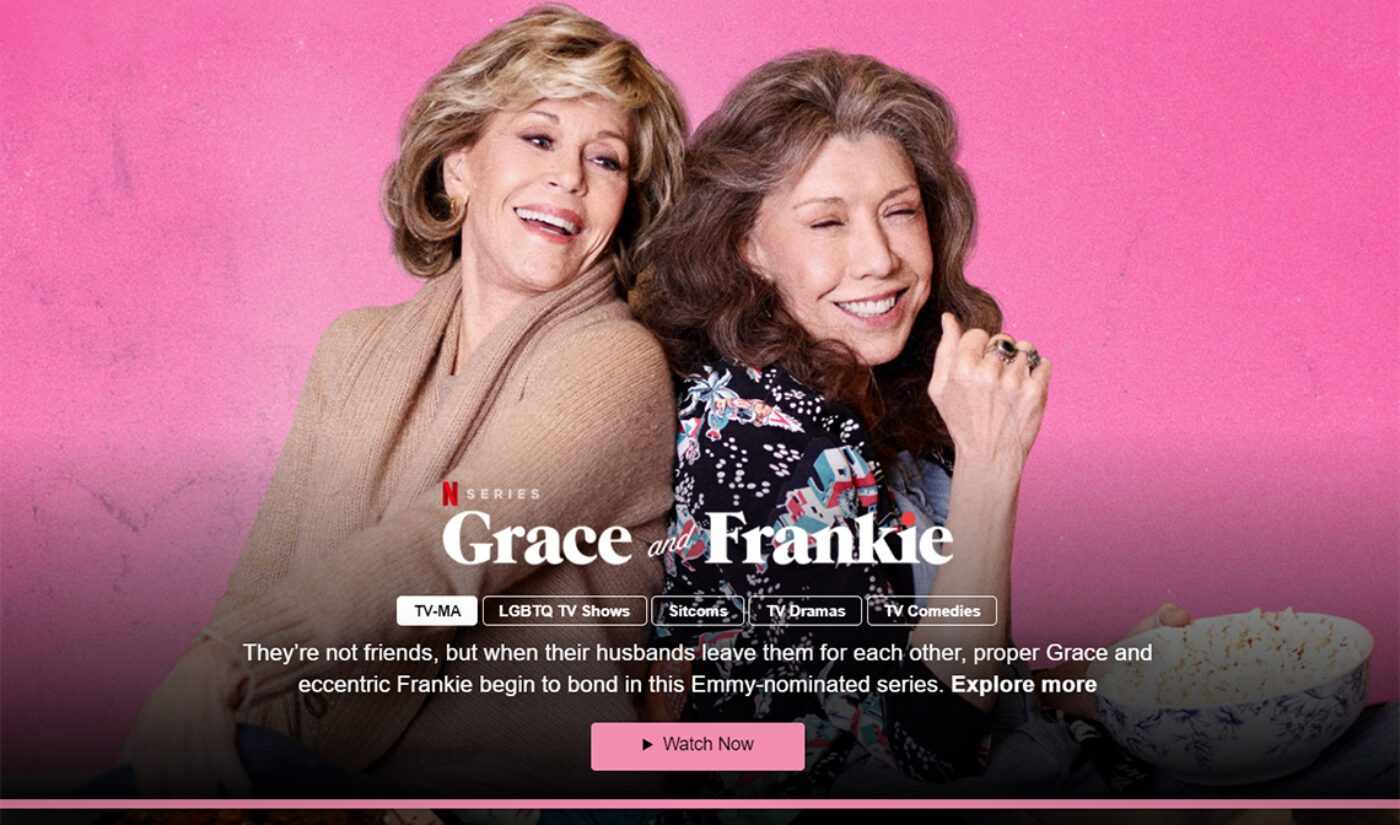 A little slice of Netflix is now free to watch.

To bring in more subscribers, the streamer is offering three of its original films and the first episodes of seven original series on a new hub, netflix.com/watch-free. The page is accessible worldwide via browser, and doesn’t require a login to view content.

Netflix, which closed last quarter with 193 million paying subscribers, told TechCrunch that the hub is a new marketing promotion allowing it “to attract new members and give them a great Netflix experience.”

Those who visit the hub see a menu of all the content available. Each show and film is paired with an official description, plus sorting tags like “Dark Comedies,” “Spanish TV Shows,” “Movies Based on Books,” and “Social Issue TV Dramas.” TechCrunch reports that viewers are served with a 30-second, skippable ad before free videos begin, but we didn’t see any while surfing.

Netflix has previously unpaywalled some of its originals, like hit young adult rom-com To All the Boys I’ve Loved Before and Hasan Minhaj’s popular talk show Patriot Act (which is permanently available on a dedicated YouTube channel that has racked up 1.33 million subscribers). But this is the first time the company has handed out such a large amount of its content to users around the world.

It’s not clear how long these ten programs will be available, or if the hub will rotate content over time.