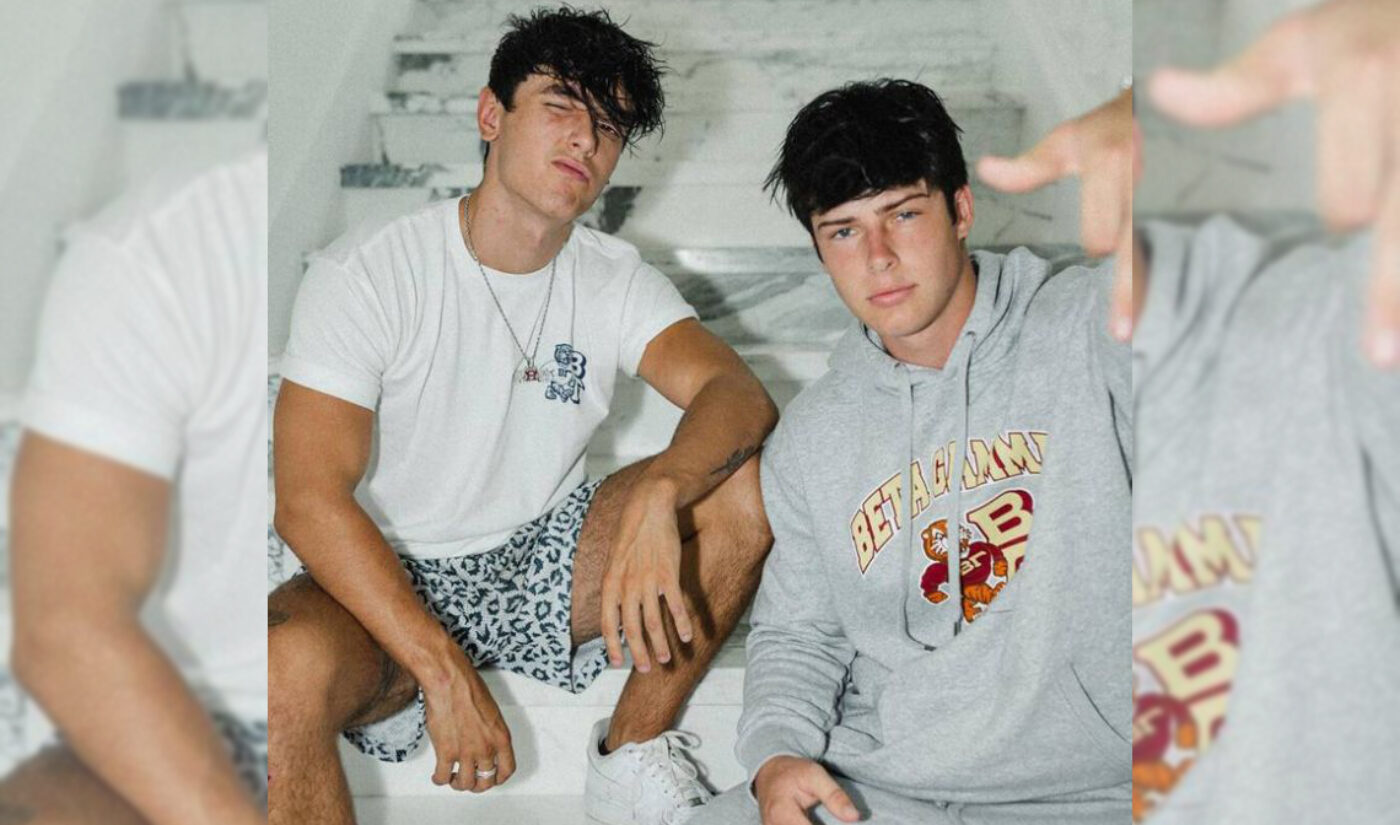 The city of Los Angeles has filed charges against Sway House TikTokers Bryce Hall and Blake Gray, accusing them of repeatedly violating health orders by hosting large parties that could spread COVID-19.

“Party houses during this pandemic aren’t just sources of noise and parking issues and trash. In this public health crisis, they are a source of great danger to many of us,” L.A. city attorney Mike Feuer said at a press conference today.

Hall and Gray have been charged with violating the Safer L.A. Health Order, which provides ongoing guidance for social distancing, and the city’s Party House Ordinance, a 2018 mandate that “aims to curb repeat offenders of out-of-control parties in residential neighborhoods.”

The duo are founding members of Sway House, a TikTok collective managed by TalentX Entertainment and based in a Hollywood Hills mansion. Hall counts 13.3 million followers, and Gray has 5.9 million. According to Feuer, L.A. County police broke up two parties at the house–one on Aug. 9, and one on Aug. 14. Police were called to the latter gathering because of reported gunshots; they found several hundred attendees, but no evidence of a gun, he added.

Police issued Sway House a first citation and warning Aug. 9. After the second party, the city cut Sway House’s access to power, water, and gas to discourage partying. It’s not clear if Sway House’s utilities have been or will be restored.

“I want to make a very clear point about our allegations against these two party hosts,” Feuer said. “If you have a combined 19 million followers on TikTok in the middle of a public health crisis, you should be modeling great behavior, best practices for all of us, rather than brazenly violating the law and then posting videos about it, as we allege.”

Tubefilter has reached out to TalentX for comment, and will update this story with any new information.