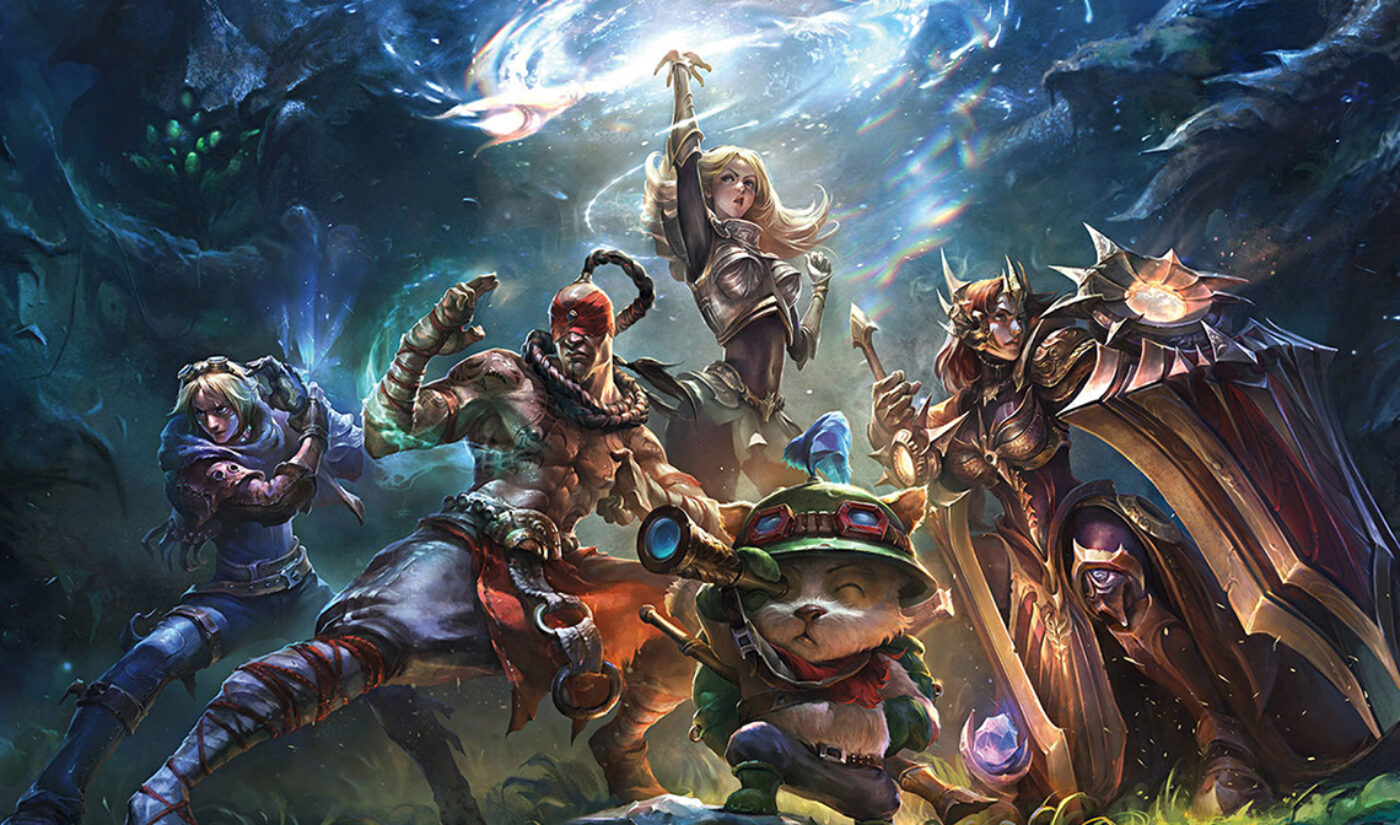 Spotify is squadding up with League of Legends.

The audio streamer’s latest podcast deal is also its first global paid sponsorship, Variety reports. With the multiyear partnership, it has become the exclusive “audio service provider” for League of Legends esports, and will distribute original content including event coverage and podcasts as well as music from the game.

Spotify told Variety it has bartered for sponsorships before, but this is the first time it’s paid for one outright. (Financial details were not disclosed.)

Already in the works, possibly for debut sometime this year, is a podcast series giving listeners behind-the-scenes access to top teams and players. That is being helmed by Courtney Holt, Spotify’s head of studio and video. But Spotify’s sponsorship will really kick off next month, during the 10th annual League of Legends World Championships. The tournament runs from Sept. 25 to Oct. 31 in Shanghai, China, and will pit dozens of international teams against one another to claim ultimate victory in the cooperative battle arena game.

For the 2020 championship, Spotify will produce a behind-the-scenes feature on the creation of the tournament’s theme song. (A new anthem is made each year and debuted live onstage during the opening ceremonies.) And, as a sponsor, the streamer’s logo will periodically pop up on an in-game banner during the event.

June Sauvaget, Spotify’s global head of consumer and product marketing, told Variety that the deal will help the company “be where our audience is, and provide audio content that provides value to them.” Sauvaget added that Spotify has seen overlap between gaming and music audiences.

It’s possible Spotify also sees this deal as an opportunity to expand its nascent video podcast efforts, since major esports tournaments like League’s can draw tens of millions of viewers. A growing number of Spotify’s podcast deals–for example, a reported $100 million pact to acquire YouTube-based talk show The Joe Rogan Experience–include both audio and visual distribution.