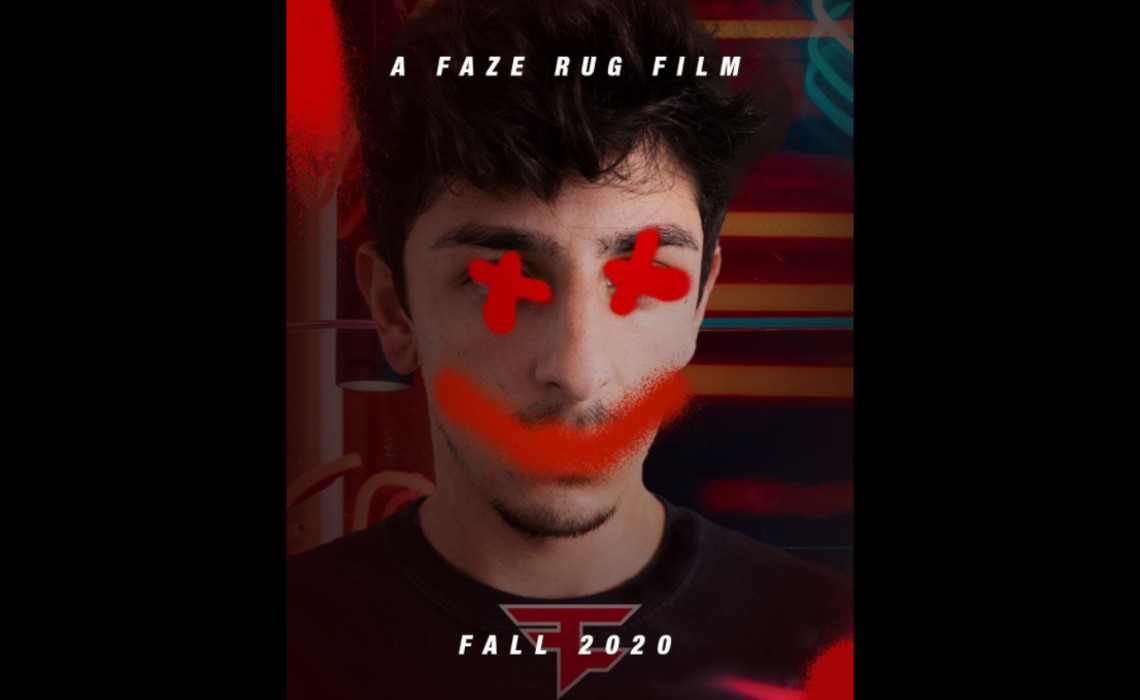 FaZe Rug, a daily vlogger whose real name is Brian Awadis — and who has amassed a staggering 27 million followers across all of his social media platforms — is about to become a movie star.

Awadis, who is the most-followed creator in the esports collective FaZe Clan, will star in a forthcoming feature directed by Gregory Plotkin (who edited Get Out and Paranormal Activity), with Simon Boyes (Songbird) penning the screenplay. “The idea to blend the world of YouTube content into traditional films is a creative adventure that I’m so proud to be a part of,” Awadis, 23, said in a statement.

The film, which will begin production next month, marks the first in a slate of features in the wake of a partnership forged between FaZe Clan and digital production studio Invisible Narratives, which was founded by Adam Goodman and Andrew Sugerman. The venture, dubbed The FaZe Clan Universe, comprises a slate of feature films starring FaZe Clan talent — though plot and genre details are still scant. Given the creative team and a promotional image (above), the film could easily live in the horror space. Goodman and Sugerman will produce the feature for Invisible Narratives, alongside Lee Trink and Nikhil Jayaram of FaZe Clan.

FaZe has previously said that due to coronavirus constraints, it will premiere its first FaZe Clan Universe film via a drive-in movie event in Los Angeles this fall combining car culture, gaming, music, and film. To accompany the inaugural feature, FaZe is also readying a soundtrack in partnership with Epic Records.

Awadis started his career uploading Call Of Duty highlight videos to YouTube in 2012, but has since expanded his content beyond gaming into pranks, stunts, extreme acts of generosity, and videos that feature his camera-ready family. His YouTube channel counts 16 million subscribers and nabs roughly 90 million monthly views.

“It’s his time and it’s our time,” FaZe Clan CEO Lee Trink said in a statement. “This is the moment where YouTube and Hollywood finally collide. Not only do we have an incredible team and thoughtful concept to take the leap from the smallest screen to the largest screen, FaZe Rug is also the perfect lead actor to kick it off.”

Beyond its partnership with Invisible Narratives, FaZe Clan also launched FaZe Studios in April — a separate venture dedicated to creating, developing, and acquire long-form, premium content for television and film. FaZe Studios is a partnership with another production company, Michael Sugar’s Sugar23, and ensuing content will not feature any appearances by FaZe talent.