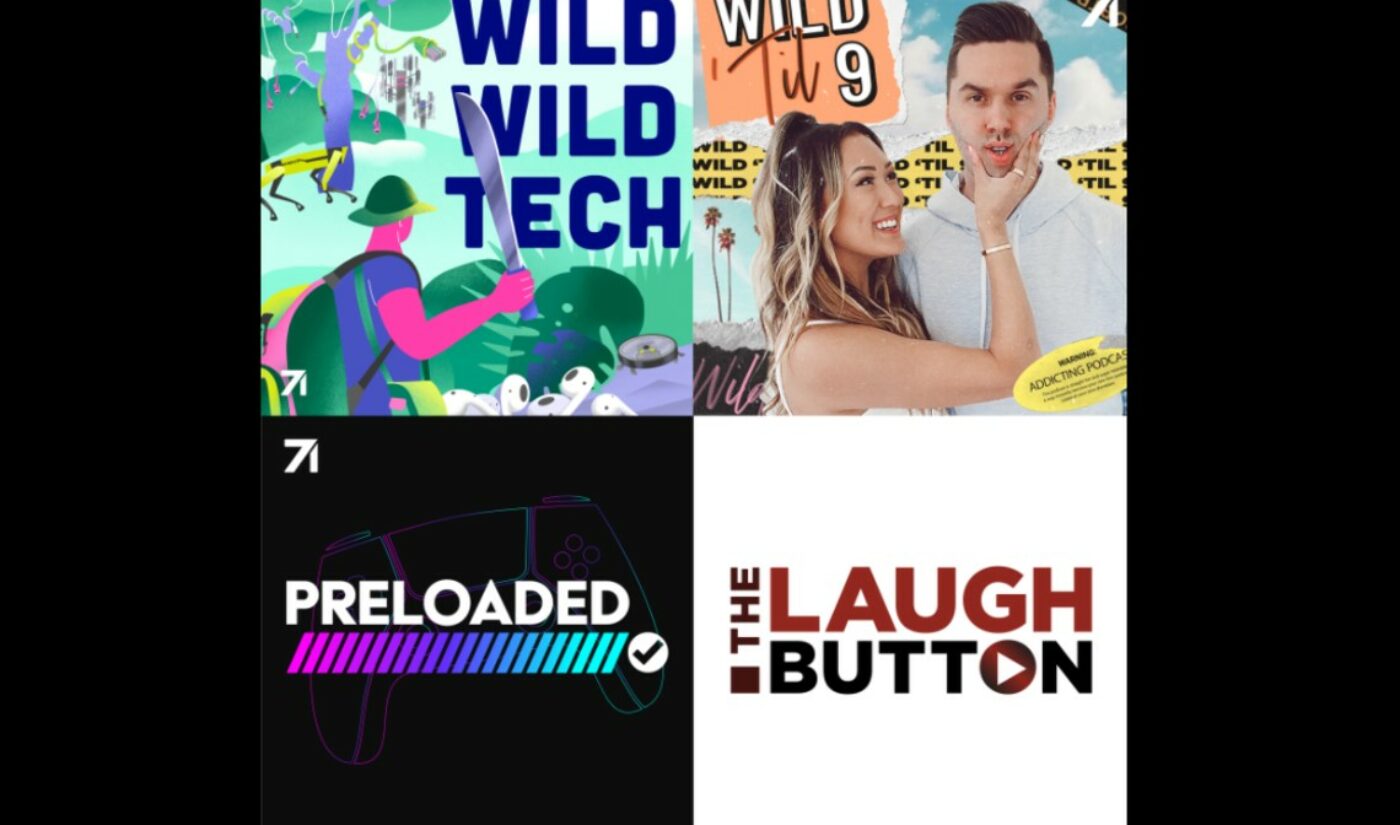 Studio71 is adding to its podcast slate with three new summer series fronted by noted influencers.

At the same time, the multi-channel network has forged a partnership with digital comedy site The Laugh Button to serve as the exclusive monetization and distribution partner for its podcast slate. The Laugh Button produces audio series from top comedians, including Jim Norton’s The Chip Chipperson Podacast and Lewis Black’s Rantcast.

In terms of new shows — all of which will be distributed for free across Apple Podcasts and Spotfy, — Studio71’s slate includes LaurDIY’s Wild ‘Til 9. Premiering tomorrow, the series will see famed lifestyle YouTuber Lauren Riihimaki and her boyfriend, Jeremy Lewis — an ex-frat president turned tech mogul — discussing relationships.

In Wild Wild Tech, which launched on Aug. 5, hosts Jordan Erica Webber (of the British TV series The Gadget Show) and co-host Joshua Rivera, a freelance journalist, will cover the wacky ways that tech is shaping modern culture. Finally, Preloaded, bowing on Aug. 17, will cut through the spin of video game marketing to deliver honest coverage of upcoming games. The series is hosted by gaming YouTubers Jackson ‘JayVee’ Van Over and Josh ‘Quest Mode’ Finderup, and will also break down top gaming news.

All told, Studio71 says its podcast business has taken off in the last year, with audio listens up 256% from July 2019 to 2020, and ad revenue up 690% over the past year ended in May. Other recently-announced shows include Bob Saget’s Here For You and Waveform: The MKBHD Podcast, hosted by YouTube tech phenom Marques Brownlee.

“As we continue to work with our network of talent and expand into new ventures, we strive to be the best partners for podcasters and brands alike,” Stephen Perlstein, Studio71’s VP of podcasts, said in a statement. “We’re just scratching the surface of what Studio71 has to offer the podcast world.”