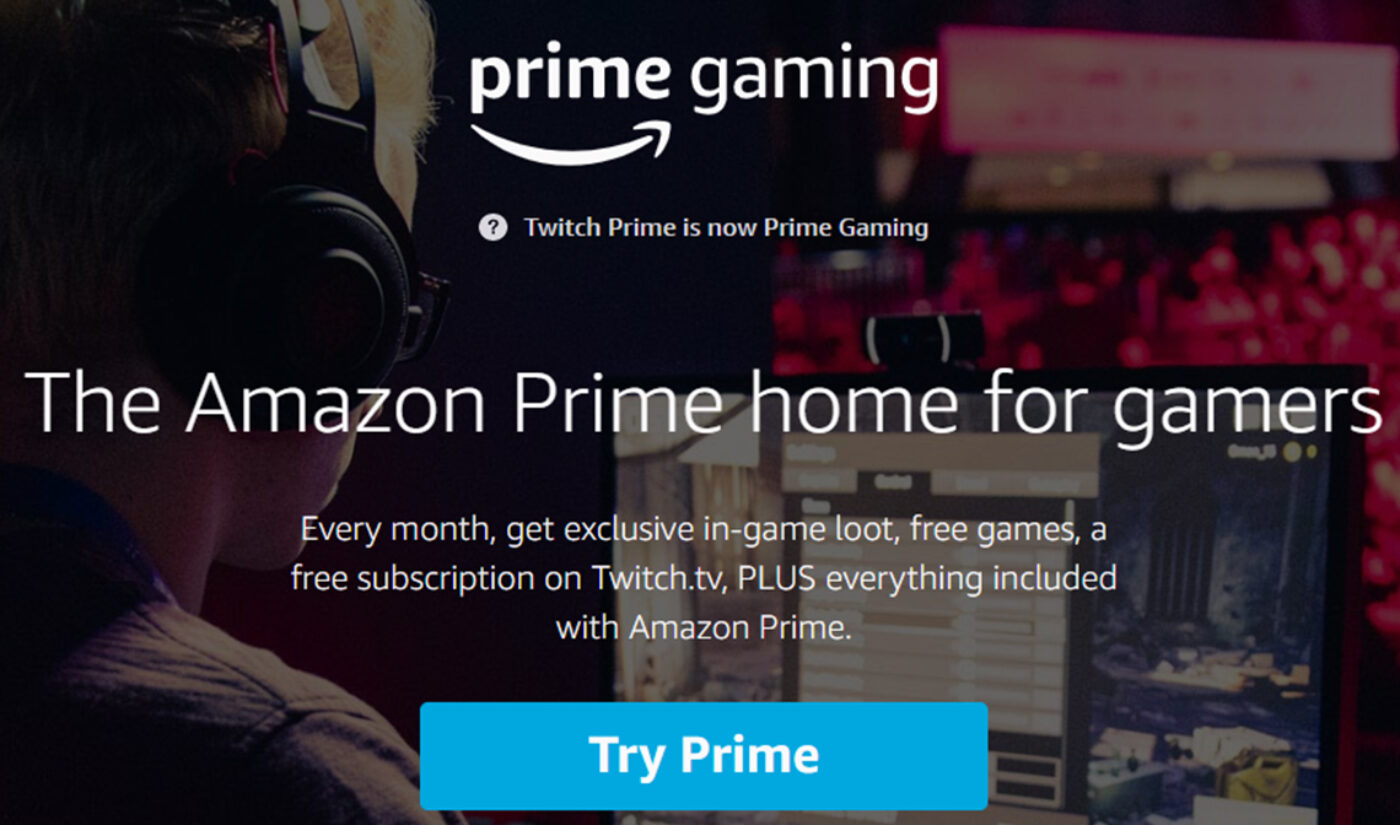 Amazon has rebranded Twitch Prime, pulling the monthly gaming-related perk service a little closer under its own umbrella.

Despite the fact that Twitch Prime launched in 2016, though, many Prime members are still totally unaware they have these perks.

“A big part of the thinking behind the rebrand is to make it clear for Amazon Prime customers that all these Prime Gaming benefits are free with their Prime membership,” Prime Gaming general manager Larry Plotnick told VentureBeat. “There was always confusion.”

But this brush-up isn’t just a name change. Amazon has also made benefits more accessible to a broader range of users by nixing the need for them to have a Twitch account. Before, if Prime subscribers wanted to download a free game or get an exclusive loot item, they needed a Twitch account, needed to link that Twitch account to their Amazon account, and often had to confirm their Twitch credentials in their browser or on their gaming console. Now, they only need their Amazon account.

“As an Amazon customer or an Amazon Prime customer, it’s a one-click claim now that doesn’t require excess steps in a customer experience,” Plotnick said.

Obviously, if an Amazon Prime subscriber doesn’t use Twitch, they won’t get the Twitch-specific perks. But in its rebrand announcement, Amazon spotlighted Prime Gaming’s other offerings: free games and in-game content. For the month of August, for example, users can download (and keep forever) more than 20 games for free, including arcade classics King of the Monsters, Ironclad, Sengoku 3, and Samurai Showdown II. In-game loot often rotates or refreshes, too; Apex Legends players get access to an exclusive new character skin per month, and Grand Theft Auto players get $1 million worth of in-game currency each month they’re subscribed.

Opening Prime Gaming up to non-Twitch users might be a way for Amazon to amp up its incoming gaming service. The ecommerce giant revealed in April that it’s building a cloud gaming service, codenamed Project Tempo, to rival Google’s Stadia. Tempo is set for release later this year or early next year, which makes right about now not a bad time to start reminding users that it hands out lots of free gaming content on the regular.

Amazon is also getting into developing its own games, but tentpole title Crucible was pulled back to closed beta last month after launching in May to lukewarm reviews.