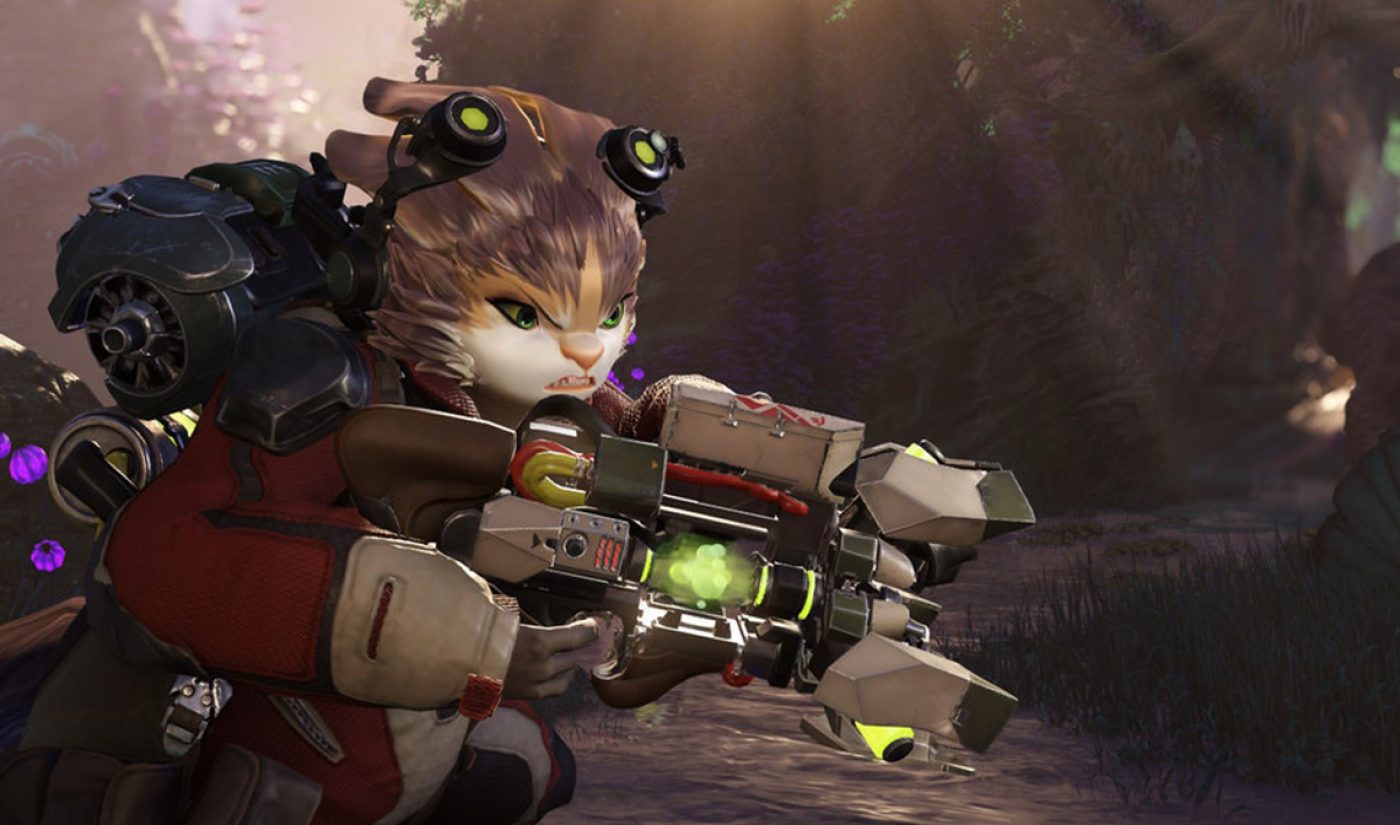 Amazon is about to git gud at games.

The ecommerce giant is investing heavily in developing a cloud-based gaming platform designed to take on Google’s Stadia and Microsoft’s upcoming xCloud, it told The New York Times. It’s also launched two new game development studios, is making a Lord of the Rings MMORPG, and intends to build a suite of games that Twitch streamers can play with their viewers in real-time.

“The big picture is about trying to take the best of Amazon and bringing it to games,” Mike Frazzini, Amazon’s vice president of game services and studios, told the NYT. “We have been working for a while, but it takes a long time to make games, and we’re bringing a lot of Amazon practices to making games.”

Amazon first stepped into the gaming sphere back in 2014, when it acquired streaming platform Twitch for $970 million, and game developer Double Helix for an undisclosed sum. It folded Double Helix into Amazon Game Studios, which launched in 2012 and appeared to be focused solely on making mobile games for Amazon’s app store (rather than games for PCs or consoles like Xbox and PlayStation). However, that studio–based in Irvine, Calif.–has also been working on New World, a fantasy MMORPG set for launch next month, and is behind the studio’s developing Lord of the Rings game as well.

Relentless is the developer of Crucible, a game Amazon first teased at TwitchCon 2016. A sci-fi-set, team-based first-person shooter, the game–judging by early stills–looks to have an aesthetic similar to recent tentpoles like Monster Hunter: World and Mass Effect: Andromeda, and a play style similar to League of Legends and Dota 2, two of Twitch’s most streamed games.

And that’s not a coincidence. Crucible and New World are Amazon’s first PC games, and they are specifically intended to attract passionate players who normally buy AAA titles from the industry’s biggest studios, per the NYT.

Amazon also seems to be hoping those two titles will make a positive mark with the millions of streamers on Twitch, because it’s additionally dedicating significant development effort to producing interactive games for streamers and their fans.

“We love this idea that you have a player, a streamer, and a viewer all sharing in this synchronous interactive environment of Twitch,” Frazzini said.

He didn’t offer further details about the games, but said they’ll release sometime this summer.

As for Amazon’s Stadia competitor, it’s codenamed Project Tempo, and will likely release sometime late this year or early next year. Like Stadia, which debuted in late 2019 to lukewarm reviews, Project Tempo will offer gamers the ability to play titles without downloading them to a device. That allows folks to save space and processing power on their phones, computers, and consoles, and lets them save their progress to the cloud and move from device to device, picking up right where they left off. (Google has since leveraged its cloud-based gaming infrastructure to snag an expensive deal with major game publisher Activision Blizzard and its esports leagues.)

With three studios and Project Tempo, Amazon taking on AAA game developers such as Electronic Arts as well as Google and Microsoft, two of its biggest tech competitors.

It’s worth noting Amazon’s announcements come a few months after Twitch began leaking prominent streamers, starting with the departure of its most-followed creator, Ninja. In the months since, Google’s YouTube Gaming, Microsoft’s Mixer–the platform that poached Ninja–and Facebook Gaming have all scrambled to similarly poach Twitch’s top talent, and Twitch has preemptively locked in several of its popular streamers. Recent reports show other platforms’ deals helped eat away at Twitch’s share of the game streaming market, dropping it from 75% to 73%.