YouTube Millionaires: For Our First 10 Million Subscriber Special, We Check In With Chad Wild Clay And His Burgeoning Franchise ‘Spy Ninjas’ 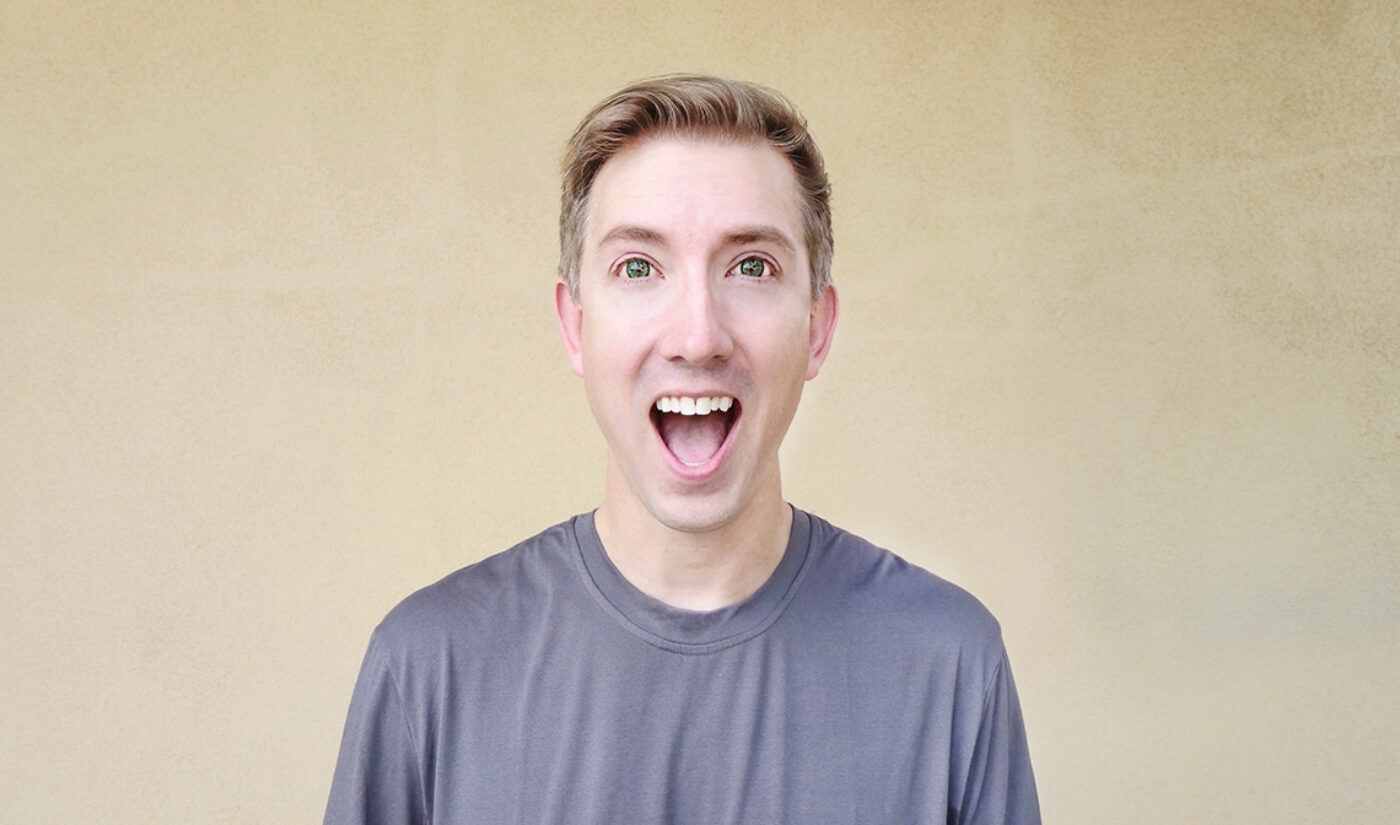 Welcome to YouTube Millionaires. Normally, we use this weekly spot to profile creators whose YouTube channels have recently crossed the one million subscriber mark. This installment, however, is a special edition. Today, we’re chatting with a creator whose channel has more than ten million subscribers. Join us below to see how his content and business has evolved over ten years of making videos on YouTube.

This week’s installment of YouTube Millionaires is brought to you by SuperBam, the premiere rights management company for creators.

And now for something a little different.

Here at YouTube Millionaires, we take a moment each week to spotlight folks who recently reached a notable YouTube milestone: one million subscribers. But this week, for our first special edition installment, we’re tagging in veteran creator Chad Wild Clay, who has more than 10 million subscribers and brings in more than 150 million views per month. He’s been on YouTube since 2010, and as the platform has evolved over the past decade, so has his content.

Clay has auspicious YouTube origins. His very first video went viral, netting him an early audience on a platform that, at the time, was still relatively new. Since then, he’s always kept an eye on how fans react to his uploads, and has cycled through different video niches–from parodies to YouTuber roasts to the high-energy action-adventure content he favors today–to meet their interests. That close attention is why, when he noticed folks were really, really into his one-off video about a real-life version of Fruit Ninja, he turned it into a regular series. These days, installments have moved away from typical ninja gadgetry (Kingsman, anyone?), but those original videos still have a key place on Clay’s channel as the humble kernel of his growing franchise: Spy Ninjas.

Thanks to his fruit-slicing, Clay snagged himself a reputation as a bit of a ninja. Then, like a backyard game of Cops and Robbers, it was only natural for his wife and fellow content creator Vy Qwaint to appear in videos as her own alter-ego, the Spy. At first, Spy Ninjas was simply a name for their collective fans; now, it’s a narrative that encompasses the duo’s YouTube videos, an expanding cast of characters, a mobile game, and line of toys coming to Target, Walmart, and Amazon this fall.

As Clay celebrates this subscriber milestone, it’s more apparent than ever that Spy Ninjas–and, crucially, the dedicated fanbase for which it was named–played key roles in turning his channel into his full-time career.

Tubefilter: Welcome to our very first special ten million subscriber edition of YouTube Millionaires! Do you remember how it felt to hit your first big subscriber milestone? A thousand? One million? Did your feelings change between crossing one million and crossing ten million?

Tubefilter: For those who don’t know you, tell us a little about yourself. Where are you from? What did you do in ye olde days before YouTube?

CWC: Before YouTube, I co-owned a software company, and Vy owned a fitness center franchise in Minnesota.

Tubefilter: What made you join YouTube way back when? What was the turning point where it went from casual to “Oh, this might be a career thing”?

CWC: I’ve heard the saying, “The worst thing that can happen to a first-time gambler is winning.” My first YouTube upload was a music video of a song I wrote for Vy. It received over one million views, and I instantly became addicted to YouTube. After that, most all of my free time, after putting in 50+ hours a week at my software company, went to making more videos. After doing that for five years, Vy decided to sell her business, and my partners at the software company were kind enough to let me go off and pursue this YouTube thing full-time.

Tubefilter: How has your content changed from the early days to now?

CWC: The only thing that has been consistent with my YouTube channel is change. We started off doing high-production parody music videos (I’ve been a huge fan of Weird Al Yankovic since I was a kid). That later evolved into doing comedy skits and then friendly roasts of other YouTubers. We started to build a dedicated audience when we began doing unboxings of ninja gadgets and testing them out against fruit (Fruit Ninja in Real Life). That is what eventually evolved into the Spy Ninjas series.

Tubefilter: Spy Ninjas is a huge component of your content. Tell us more about it!

CWC: After having a lot of success with the Fruit Ninja series, I started to refer to myself and my fans as “ninjas,” and Vy became known as a “spy.” Eventually, we put the two words together and started calling our fans “Spy Ninjas.” I didn’t like the name at first, but we couldn’t think of anything more fitting (or creative, haha). Now I love the name, though. Our narrative is constantly evolving, almost in real-time. We pay very close attention to every video’s comments and let the viewers have a big influence on us. We pay even closer attention to each video’s analytics, especially the CTR (click-through-rate) and audience retention. We’re constantly adapting all facets of our production to increase these metrics and continue growing.

Tubefilter: Walk us through the average day. Do you have a set production schedule? How much time do you spend working on content for YouTube?

CWC: We have production down to a science; however, we are also constantly experimenting and trying to improve. Currently, we have specific days and times assigned to filming (usually a 14 to 16-hour day), editing, brainstorming, writing, thumbnails, uploading, and reading comments, reviewing analytics, and more. My typical day starts at 6:30 a.m. and ends around 7:30 p.m. My weekends I take pretty easy and usually work only a few hours per day.

Tubefilter: How have you expanded your content and personal brand off YouTube? Have you launched any merch or products?

CWC: Yes, we have a merch store selling t-shirts, hoodies, backpacks, and other gear. We also have a popular mobile game called Spy Ninja Network that has surpassed 6 million installs. We’ve teamed up with Surge Licensing, the agency behind The Teenage Mutant Ninja Turtles, to help build our Spy Ninjas brand into a full media franchise and have already signed Playmates Toys to produce ninja gear, spy gadgets, and more items to be sold online at Target, Walmart, and Amazon this fall, and then in stores this coming spring. Finally, we are in the middle of lining up video games, publishing, and promotional partnerships.

Tubefilter: How has your business changed from where you were starting out, to one million subscribers, to now ten million?

CWC: When we were starting out, I didn’t really consider it as much of a business as a hobby. Once we reached about 100,000 subscribers, we started believing this was something that we should consider pursuing as a business. By the time we reached one million subscribers in 2017, we had moved from Minnesota to Los Angeles and had been creating YouTube videos as our full-time job for about two years. It was still just the two of us creating videos out of our apartment, and it felt like we were still trying to figure out how to turn this into a real business. By the time we hit 10 million subscribers in 2019, everything felt very different. We had a full team working with us, we were working out of a designated “Spy Ninjas safe house,” and we were in the middle of negotiating various licensing deals.

Tubefilter: How many people are currently on your team and what are their roles?

CWC: We have 10 people on our team and everybody does a little bit of everything. We love working with people who are multitalented and passionate about the entire video creation process, all the way from brainstorming ideas to editing to creating thumbnails.

Tubefilter: What have been some of the issues with running a channel so large–from content piracy to knockoff products and more–and what are some of the things you do to remedy them?

CWC: Piracy certainly has been a major problem. Every month, there are between 40 million and 50 million views on pirated (unofficial reuploaded) versions of our videos. Thankfully, we have a really great company called SuperBam helping us with this.

Piracy of our merch is an even larger problem. I estimate about 19 out of every 20 Spy Ninjas or CWC items sold online is counterfeit. We don’t (yet) sell anything on Amazon, but there are currently thousands of counterfeit items of ours sold there (and other websites) every month. We don’t currently have a remedy for this, unfortunately.

CWC: Meeting fans in real life, reading their comments, and hearing about how much of a positive impact our videos have on them. I also really love the entire video-making process, especially the creative brainstorming and trying to come up with ideas that will get viewers excited.

CWC: Next up is getting Vy Qwaint’s channel to 10 million subscribers, which should happen later this year. I’m also very excited to continue growing the entire Spy Ninjas team, including the channels for Daniel, Regina, and Melvin. We definitely plan to keep adding more talented and passionate Spy Ninjas to the team in the near future (creators who are interested can apply at biz@chadwildclay.com).

You can add yourself to the ranks of Casale’s more-than-a-million YouTube subscribers here.