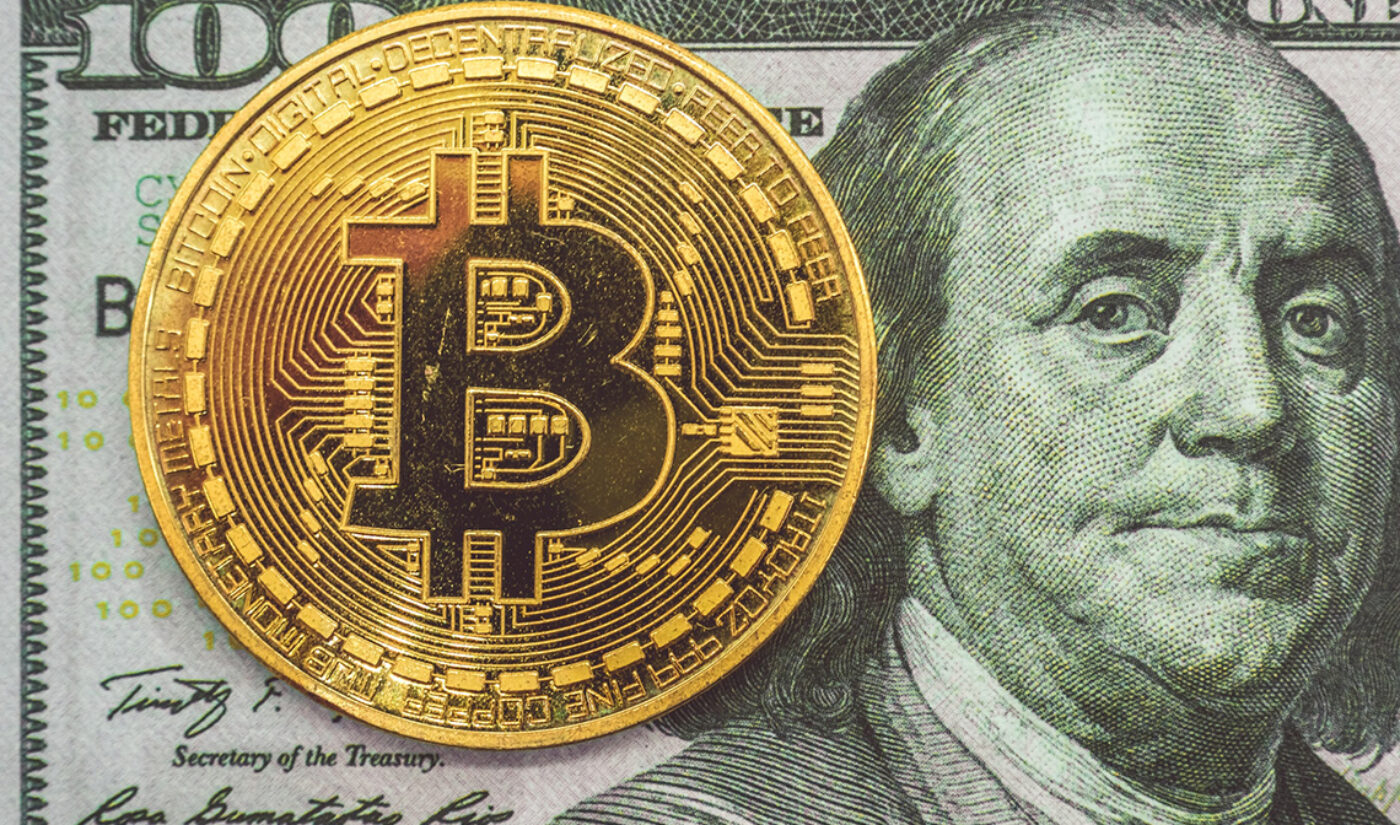 Apple cofounder Steve Wozniak, along with 17 other plaintiffs, has filed suit against YouTube and parent company Google for “unapologetically hosting, promoting, and directly profiting from” Bitcoin scams.

If tech giants and Bitcoin scams is giving you déjà vu, that’s because Twitter just faced a groundswell of them related to a massive security breach. Last week (or approximately 80 years ago in 2020 time), around 130 high-profile accounts, including those of Barack Obama, Joe Biden, Elon Musk, and Bill Gates, were taken over and used to hawk B.S. Bitcoin promotions. The platform swiftly locked affected accounts, but perpetrators still made a reported $120,000 from potentially unsuspecting users.

Similar scams, Wozniak and other plaintiffs allege, have been happening unchecked on YouTube for months, with scammers using their names and likenesses to steal cryptocurrency from users. They chose to file suit now because of the stark difference between Twitter’s handling of the situation and YouTube’s.

“Twitter acted swiftly and decisively to shut down these accounts and to protect its users from the scam. In stark contrast, for months now, Defendant YouTube has been unapologetically hosting, promoting, and directly profiting from similar scams,” the lawsuit claims.

Supporting evidence submitted to the Superior Court of California shows multiple YouTube videos using still images of Wozniak to promote bogus Bitcoin giveaways. One claims that Wozniak is giving away 5,000 Bitcoins (a cool $48 million, at today’s exchange rate) by parceling them out to anyone who sends him Bitcoins first. It’s oh so easy, the video says: simply send between .01 ($96) and 20 ($193,000) Bitcoins to his wallet, and you’ll “immediately” have double your money returned.

Except, of course, folks who send Bitcoins to the fake Wozniak don’t get double their money “immediately,” or ever. Whatever they sent is gone for good. 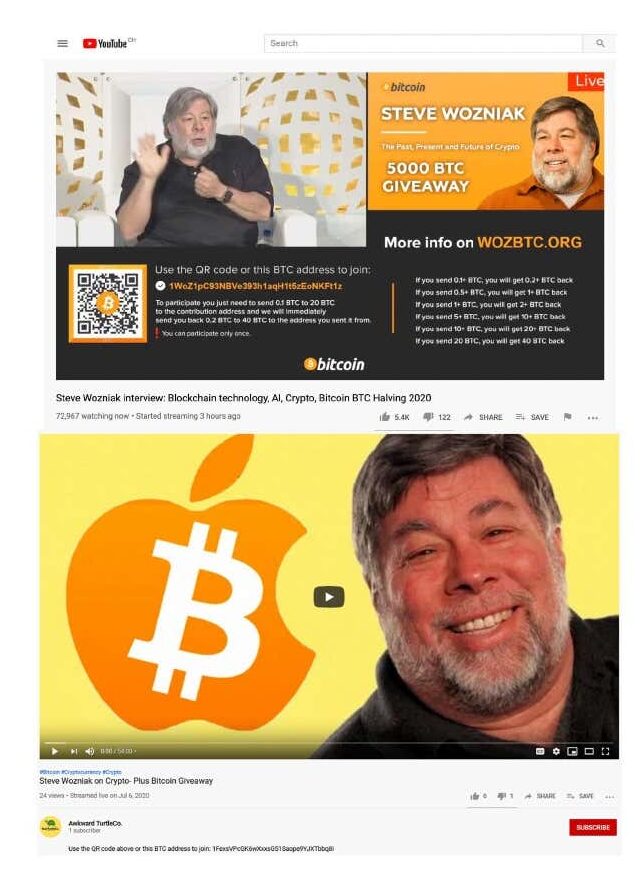 Screenshots of the scam videos included in the suit.

By using Wozniak’s name and likeness, plus those of other plaintiffs and credible financial figures like Gates and Musk (who are not part of the suit), scammers have been able to take more than $24 million in cryptocurrency from YouTube users over the past six months, the suit alleges.

“Despite the continuous efforts of Plaintiffs and countless other users informing Defendants that these criminally fraudulent promotions and videos are on its platform–including what the videos look like, the featured celebrities, exactly how the scam works, and the significant sums of money being stolen from its users–YouTube repeatedly has refused or failed to intervene in a timely manner or to warn any of its users about the scam,” it adds.

Plaintiffs are seeking restitution for damages, plus a court order that’ll force YouTube to take down the videos.

“While we are currently reviewing the complaint, we take abuse of our platform seriously, and take action quickly when we detect violations of our policies, such as scams or impersonation,” YouTube tells Tubefilter. “We have tools for users to report channels that are impersonating their likeness or business, as well as report individual videos that are violating our policies directly from the watchpage.”

You can read the full lawsuit (uploaded by cryptocurrency outlet CoinDesk) here.