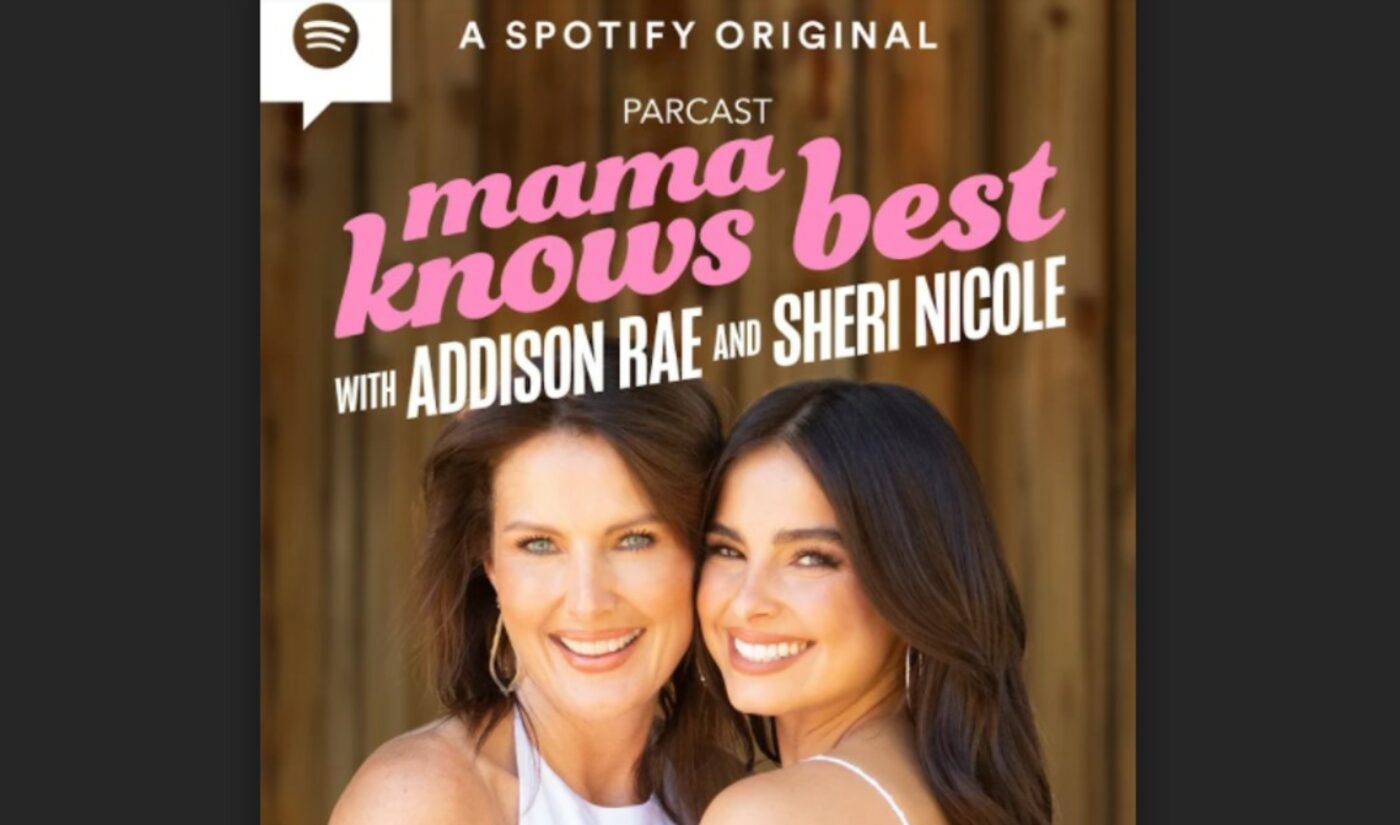 Addison ‘Rae’ Easterling has already proven her prowess as a dancer. Now, the 19-year-old is set to test her abilities as a podcast host.

Easterling, who is the second most-followed creator on all of TikTok with 51.2 million followers, is launching an audio-only podcast with Spotify-owned Parcast titled Mama Knows Best. Easterling will co-host the series with her mom, Sheri ‘Nicole’ Easterling — who is a TikTok star in her own right with 8.3 million followers.

The show drops today, with new episodes arriving every Monday. Billed as an intimate glimpse into the Easterlings’ mother/daughter dynamic, Addison and Sheri will share advice about dating, living with your parents as adult, dealing with negativity on social media, and what it’s like to go viral.

Parcast, for its part, was founded in 2016 and acquired by Spotify in 2019. The true crime-focused studio is home to hit podcasts like Serial Killers and Horoscope Today. In recent months, Spotify has gone all in on podcasts, with its long-in-the-works Michelle Obama series set to arrive later this month, as well as recent deals announced with Kim Kardashian and Joe Rogan — plus a new native video component that it began piloting with fellow influencers Zane Hijazi and Heath Hussar in May.

You can check out an audio teaser for Mama Knows Bet right here: