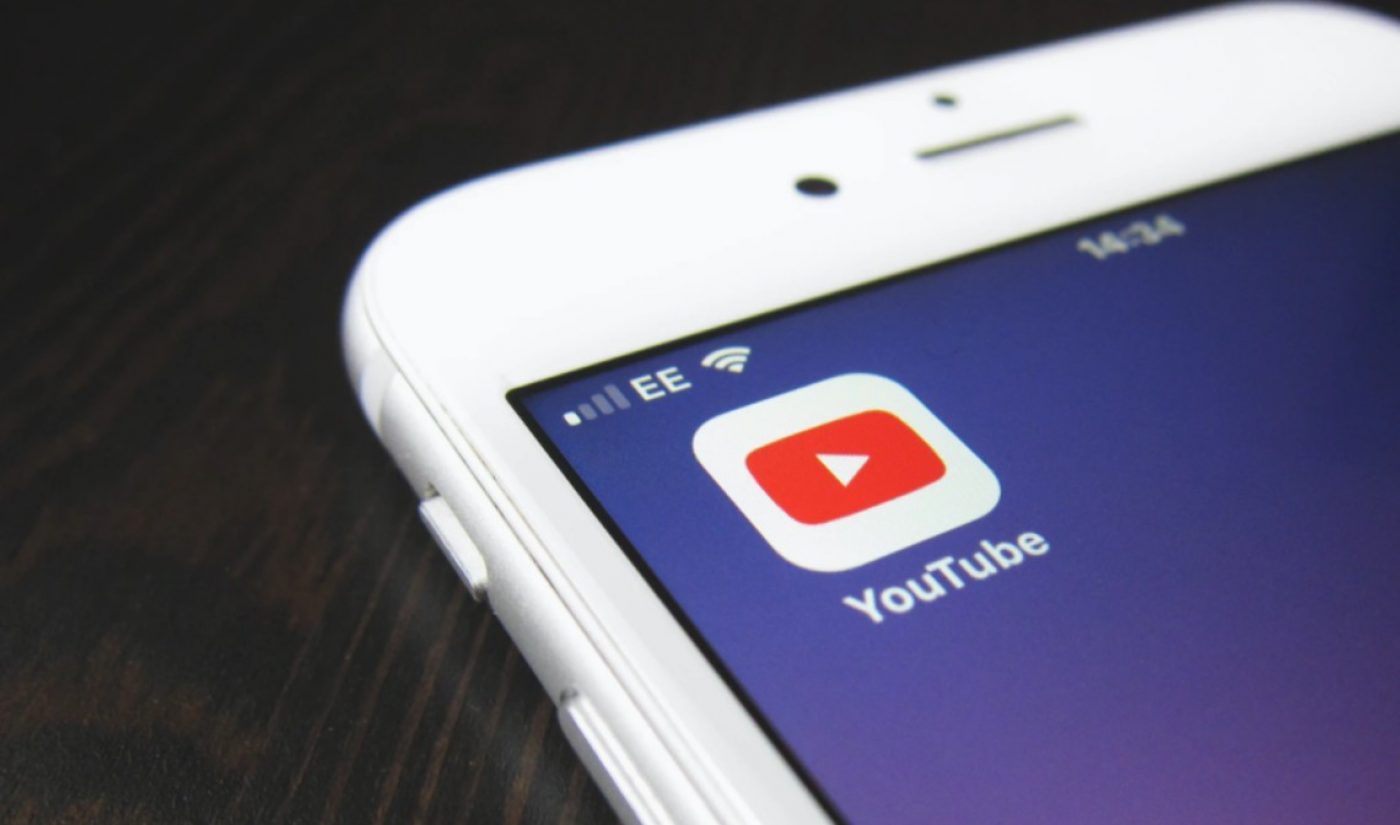 Last September, attorneys general from 48 states, the District of Columbia, and Puerto Rico launched the biggest tech antitrust probe to date, with the intention of assessing Google’s impact on the digital advertising and search engine marketplaces. Their investigation will soon see Google CEO Sundar Pichai face Congress for direct questioning about the company’s competition practices, including whether it prioritizes and promotes its own products over rivals’ in things like search results.

All of this is why a new report from the Wall Street Journal may be particularly problematic for Google. In the July 14 report, WSJ alleges that Google promotes videos from its subsidiary, YouTube, ahead of videos from other platforms, even when the YouTube versions have significantly less engagement.

One specific example the report gives is a selection of 28 videos from BuzzFeed-owned culinary arm Tasty, which has 19 million subscribers on YouTube and more than 103 million followers on Facebook. When the outlet conducted its investigation in March, the 28 videos had together netted more than 79 million views on Facebook, nearly ten times the number of views they garnered on YouTube. But in searches for those videos, all but one of the less-viewed YouTube uploads were returned ahead of Facebook’s version in Google’s “carousel” of results.

The “carousel” is the top ten videos returned by Google for certain search terms. It is placed at the top of search results, and contains relevant videos from a number of platforms, with the first video served presumably being the most relevant. WSJ’s report alleges that Google purposefully puts YouTube videos in that prime position–which could push users to click on YouTube videos more often (and thus contribute views/ad revenue to YouTube more often) simply because they are the first result served. 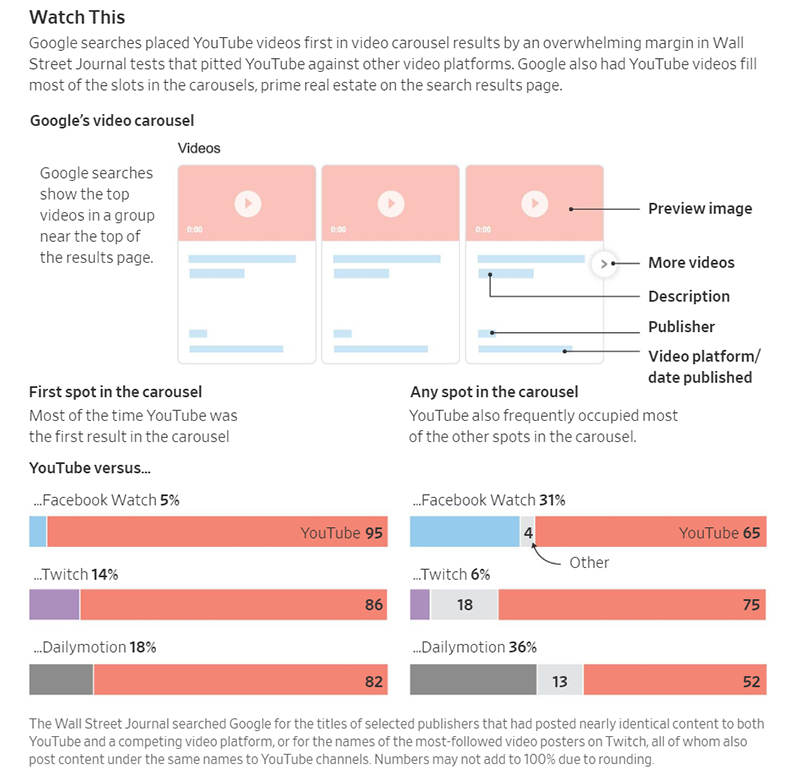 from the Wall Street Journal

Google says it does not prioritize YouTube, and does not look at a video’s view count when surfacing it in search results

To be clear, it is certainly possible that YouTube content is returned first in video surfacing because YouTube is a massive video platform with billions of users who upload and watch billions upon billions of hours of content, thus making it a high-ranking website for search results. WSJ tried to account for that in its investigation by choosing videos–like the Tasty set–with much more engagement on Facebook and Dailymotion, as well as content from Twitch channels with a higher number of followers than YouTube channels posting the same videos. With these parameters in place, it still found that YouTube videos were boosted over other platforms’.

People familiar with the matter told the WSJ this is because Google engineers, at the behest of executives, have purposefully made changes that give YouTube content more prominence than competitors’. They did not give details about what these changes are or how search results might be manipulated.

A Google spokesperson refuted claims, saying Google does not give preference to YouTube or any other video platform. “Our systems use a number of signals from the web to understand what results people find more relevant and helpful for a given query,” she told the outlet. She added that Google apparently does not look at a video’s number of views or comments when returning it for search results.

You can read the WSJ’s report in full here.