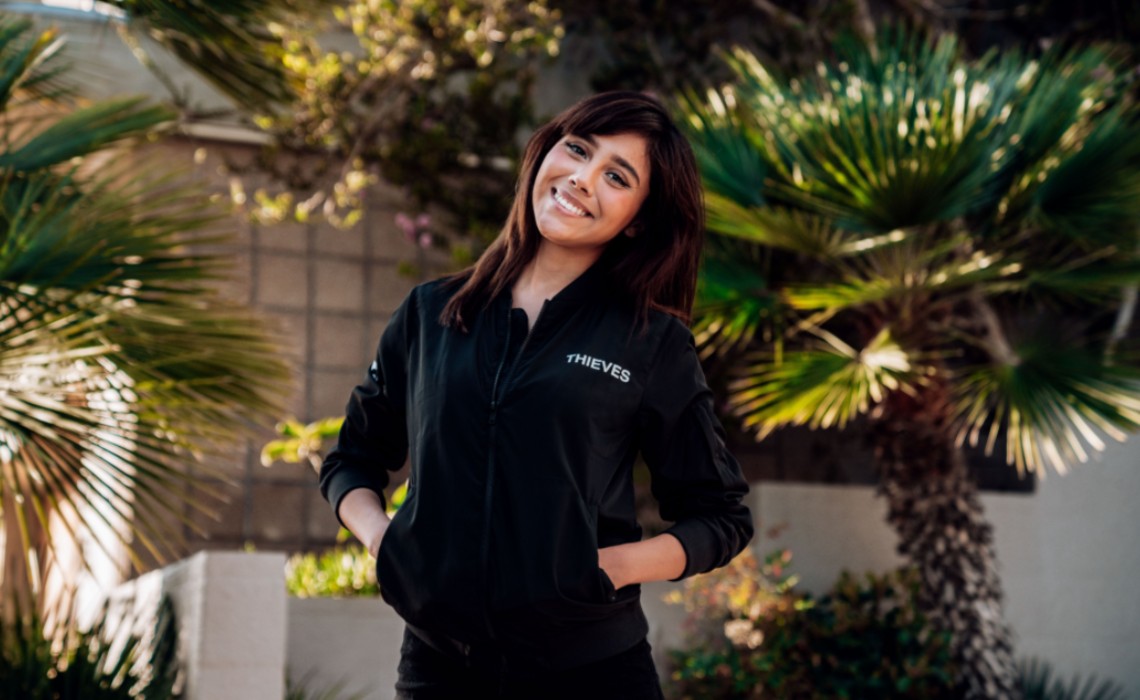 Gaming org 100 Thieves is adding to its ranks, inking a deal with bilingual Twitch streamer and viral Twitter star Neekolul.

Neekokul, whose real name is Nicole — though she does not disclose her surname — joins the illustrious team, which includes CouRageJD, Valkyrae, and BrookeAB, and counts starry owners like Drake and Scooter Braun. In addition to overseeing competitive teams for League Of Legends, Fortnite, and Counter-Strike, 100 Thieves also operates a popular streetwear brand.

Neekolul has been streaming on Twitch in English and Spanish since 2017, and saw a massive spike in popularity earlier this year after a TikTok — where she lip-syncs to an ‘OK, Boomer” track while dancing in a Bernie Sanders T-shirt — went wildly viral in March. The clip counts 40 million views on Twitter and 2.3 million views on TikTok. Neekolul has amassed 580,000 Twitter followers, as well as 360,000 on Instagram, 307,000 on TikTok, and 168,000 on Twitch.

100 Thieves says Neekolul will leverage its network, marketing, and production resources to expand her reach on Twitch, where she streams League Of Legends, and to help her continue churning out viral lip-syncing videos.

“We are always looking for fresh new voices to add into the mix at 100 Thieves, as well as new platforms to engage our community,” the company’s founder and CEO, Matthew ‘Nadeshot’ Haag, said in a statement. “We were all personal fans of Neeko’s streams and videos, and we have been continuously impressed by her success on social media, which is why we’re so excited to welcome her to 100 Thieves.”