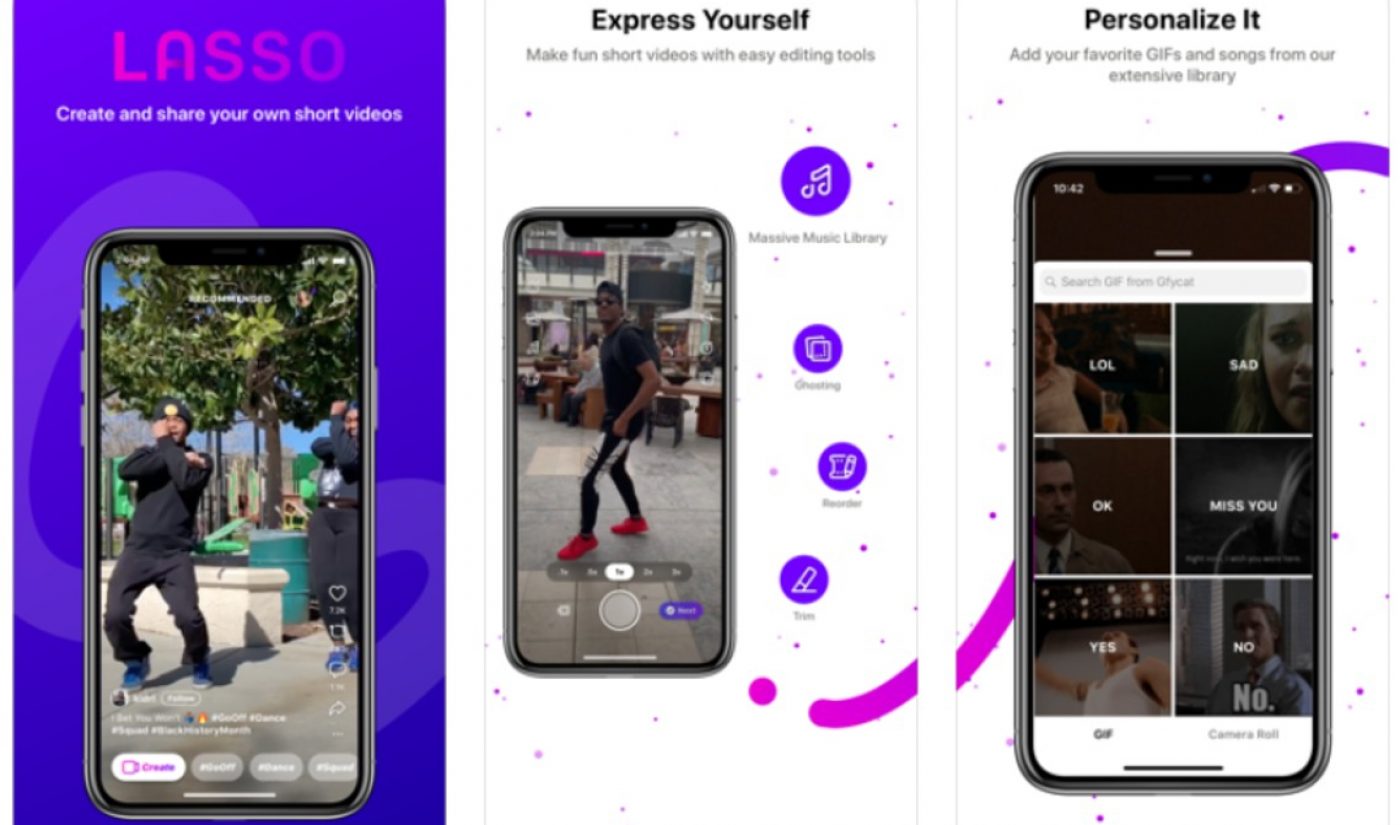 Facebook has shuttered Lasso — a standalone app that the social network created as its answer to burgeoning micro video powerhouse TikTok. Lasso, which launched roughly a year and a half ago, will close for good on July 10, per a notice to users yesterday.

Lasso allowed creators to shoot 15-second videos set to popular songs. Users discovered content via an algorithmic feed — not unlike TikTok’s ‘For You’ page — and also by searching via hashtags or browsing themed clip collections, Techcrunch reports. In addition to the U.S., Lasso was only available in select markets, including Colombia, Mexico, Argentina, Chile, Peru, Panama, Costa Rica, El Salvador, Ecuador, and Uruguay. Speculation arose earlier this year that Facebook was looking to bring the app to India.

Techcrunch reports that Lasso got off to an inauspicious start when Brady Voss, who led development, departed Facebook days after its launch. Lasso also peaked at 80,000 daily active users on Android in Mexico, Techcrunch reports, but struggled in other markets and had very few users on iOS.

But the closure of Lasso arrives as another TikTok competitor within the Facebook family eyes expansion. Facebook-owned Instagram’s answer to TikTok, Reels, announced last week that it was expanding to new markets, following its launch last year in Brazil. The app — which allows users to record 15-second clips set to music or other audio, complete with a suite of editing tools — has now arrived in France and Germany (but still not the U.S.)

While Reels were initially intended to be shared exclusively within Instagram Stories, Techcrunch reports, Instagram has now expanded Reels distribution within Instagram to a dedicated space on users’ profiles, as well as the ‘Explore’. Instagram will also enable users to share Reels as grid posts.