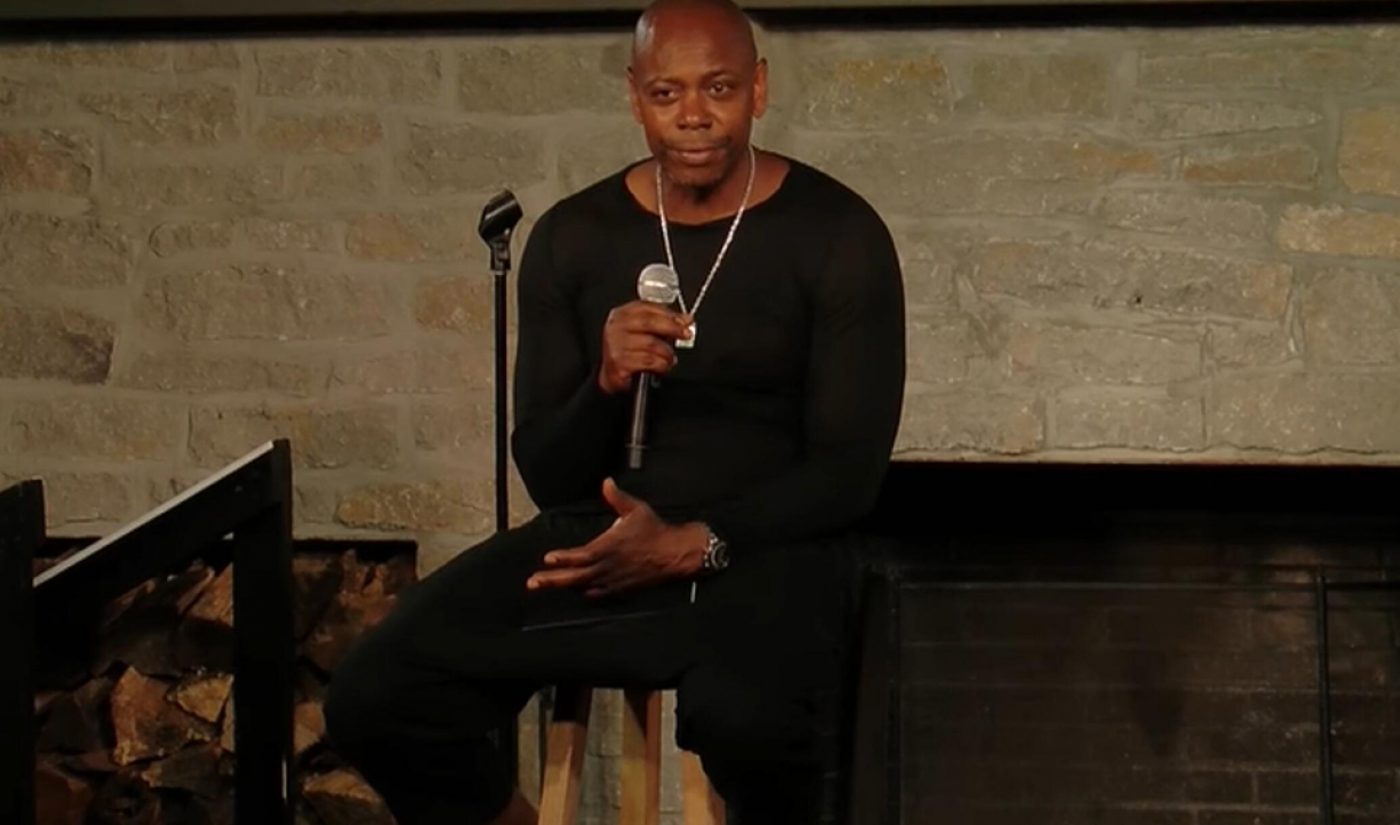 The streaming service surprise-dropped Chappelle’s half-hour feature yesterday, but instead of doing that on its own pay-to-watch platform, it made the set free on its comedy YouTube channel, Netflix Is a Joke (1.02M subscribers, 30M views per month).

Filmed June 6 in Yellow Springs, Ohio, the special is titled 8:46, which stands for two things: the length of time Minneapolis police officer Derek Chauvin knelt on George Floyd’s neck; and the exact time of day Chappelle was born on Aug. 24, 1973. Perhaps unsurprisingly, 8:46 is a much more somber affair than Chappelle’s five previous Netflix productions. In the set, Chappelle pays tribute to Floyd and other Black men and boys killed by police (including Eric Garner, Michael Brown, Philando Castile, and Trayvon Martin), addresses the death of Kobe Bryant and daughter Gianna, and praises the Black Lives Matter protesters who have been in the streets since late May.

He openly says he thinks the show is “not funny at all.”

“I can’t get that number out of my head because it was my time of birth on my birth certificate,” he tells the crowd. “This man kneeled on a man’s neck for eight minutes and 46 seconds. Can you imagine that?”

He adds that while watching the viral bystander video chronicling Floyd being killed, “I understood this man knew he was going to die. I can’t tell you, as a man, watching another man go through something like that, what it makes you feel.”

Chappelle also acknowledges that 8:46 is much more lo-fi than his other Netflix productions. It consists almost entirely of one unedited shot taken from a stationary camera at the back of the crowd. “Normally I wouldn’t show you something so unrefined, I hope you understand,” he wrote in the video’s YouTube description (where he and Netflix ask that viewers consider supporting the Equal Justice Initiative).

You can watch it in full below.