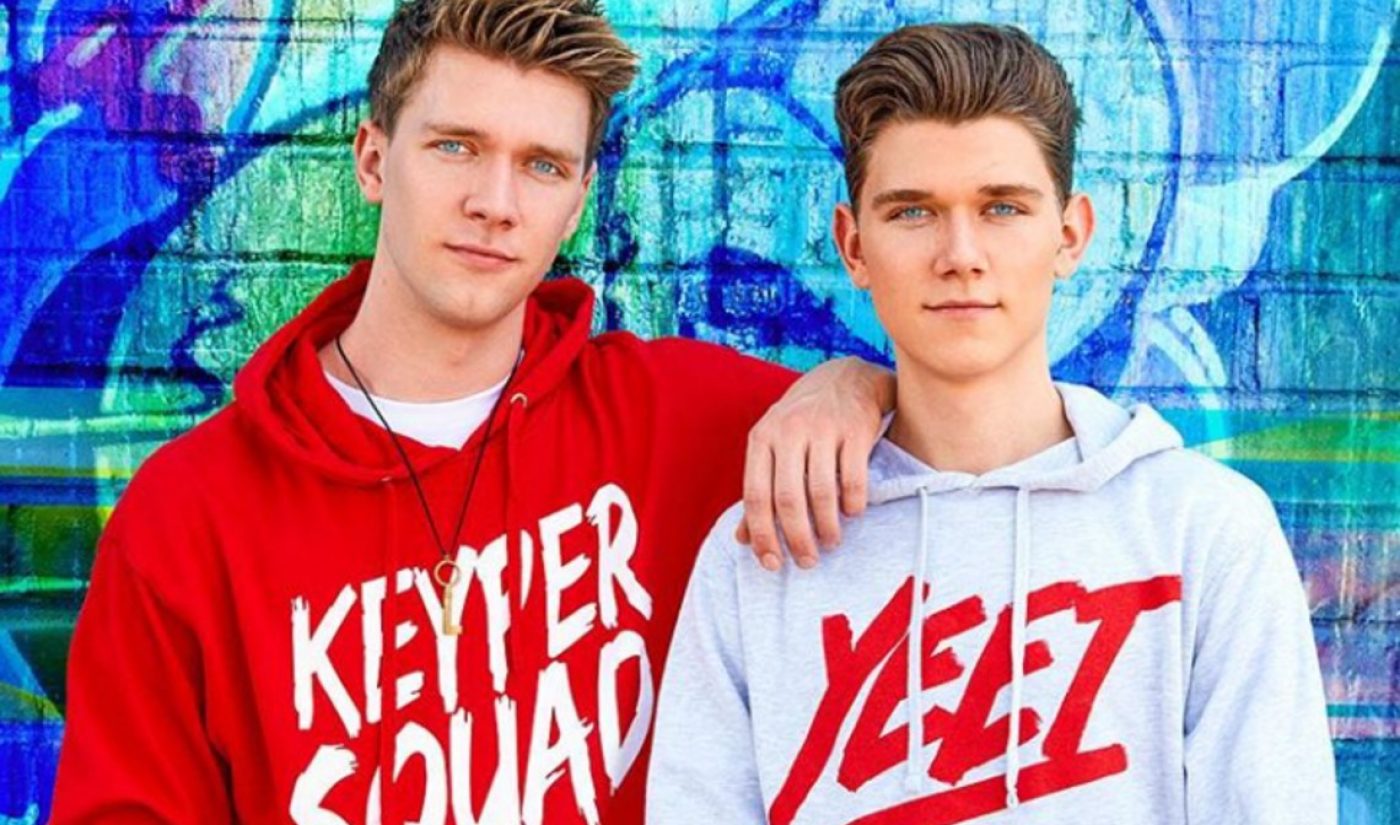 Collins and Devan Key — the fraternal YouTube phenoms whose family-friendly channel features life hacks, pranks, and zany food experiments — have pacted with a new licensing agency as they seek to build a consumer product empire.

The Key brothers, who count 21.4 million subscribers and nab upwards of 100 million monthly views, have named Evolution USA the official licensing and brand management agency for their ‘Collins Key’ and ‘Key Bros.’ brands. Evolution will assist in licensing and retail development on a variety of product categories at the global scale, including publishing, mobile gaming, promotions, product integrations, and more.

The Key brothers’ parent company, Keyper Company, already operates a master toy licensing agreement with Australia-based Moose Toys, which was unveiled in February. A product launch featuring fun challenges and DIY-inspired activities is slated to bow later this year, though the brothers’ deal with Evolution seeks to help them nail down comparable partnerships in other categories.

“Keyper Company and their Collins Key brand are some of the biggest brands in the digital entertainment space, so we jumped at the chance to work with them,” Evolution founder and chief revenue officer Travis Rutherford said in a statement. “They have such a distinct and brand-friendly voice within the industry, as well as a clear sense of where they want to take their brand to ensure they’re everywhere their fans are, and we’re excited to work with them to get there.”

Collins, 24, first rose to renown for his magic skills as a finalist on America’s Got Talent. Devan, 22, rose to fame on his brother’s channel. In addition to licensed products, the brothers have vended their own merch since 2018.