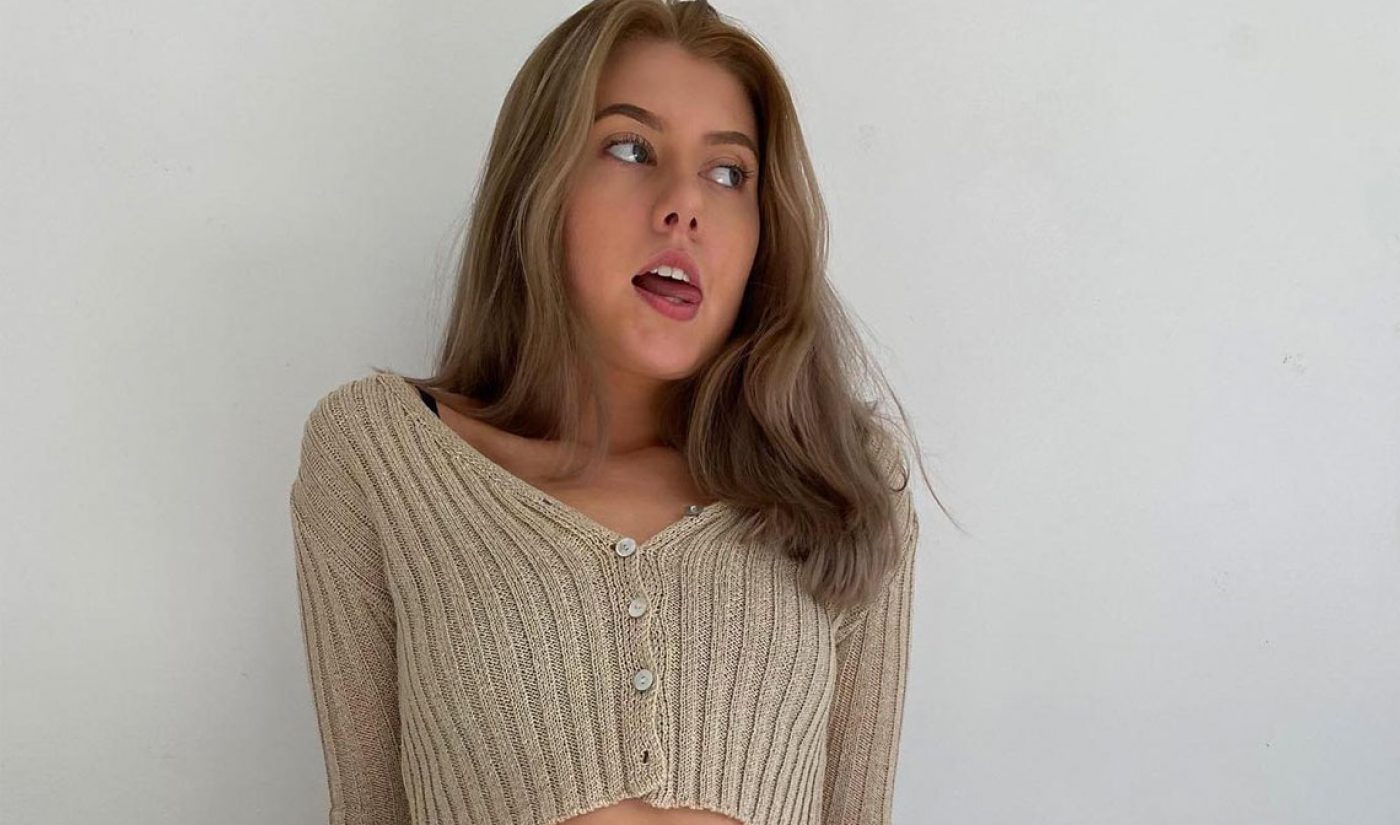 In the two years she’s been on TikTok, KT Franklin has accomplished a lot. She amassed two million followers, became a founding member of the U.K.’s first TikTok creator collective, and carried some of her audience to her nascent YouTube channel, where she has 199K subscribers.

She also made the video that is still, after more than a month, No. 1 in TikTok’s #nandos tag.

Franklin is proud of everything she’s achieved, but Nando’s (a South African chain of chicken restaurants) holds a special place. Working there wasn’t her first job, but it was the first job she genuinely enjoyed–and the place where she began filming TikTok videos. Like a number of other TikTokers, Franklin held on to her day job even as her lifestyle and comedy content went wider and began hitting the app’s storied #foryou page regularly. More and more of her customers began recognizing her from her videos; she crossed one million followers between shifts.

She might’ve stayed there for months and millions of followers more, had COVID-19 not come along.

Many creators make the conscious, long-considered choice to go full-time, but Franklin didn’t get to choose. When lockdowns hit London in March, Nando’s was forced to close, and she was abruptly out of work. So she turned to TikTok…with a little help from her friends. Shortly before the pandemic, she’d become part of ByteHouse, the aforementioned U.K. creator collective put together by influencer marketing/management company Fanbytes. She and five friends had moved into a mansion in Mayfair with the goal of making an “online show”: a round-the-clock feed of content from the main ByteHouse account and their own personal accounts. Franklin had planned to keep working while living in the ByteHouse, but with Nando’s closed and the newly formed ByteSquad quarantined together, she changed up her strategy.

Now, Franklin is focusing on building out her content–she’s known for vlog-style videos that chronicle her entire day and are lengthier than your average TikTok–to longer form on her YouTube channel, and maybe eventually onto TV. Being part of ByteHouse, she says, “is a stepping stone in the right direction.” (Especially when she can whip up homemade Nando’s for her fellow members.)

KT Franklin: It was definitely surreal to hit that one million milestone. I grew really quickly when I started out, and it definitely took a while getting used to. I hit 2 million a few days ago, and a lot of my supporters celebrated with me online. I love them, I wouldn’t be anything without them. They keep me going every day.

KTF: Well, I’m 19, and I grew up in Oxford with my sister and my mum. It’s quite a small city and everybody knows everyone, so now going out in Oxford is crazy. I get a lot of young people coming up and asking for pictures, I love it because I’m meeting the people who have gotten me so far, but it can be overwhelming when I’m on my own.

Growing up, I loved drama and performing arts, and when I left school, I studied it at college, but later realised it wasn’t for me. I dropped out and got a part-time job in makeup. Then I got fired and had multiple random jobs until finally I found a stable one in Nando’s. I started TikTok during this job, just for fun, and then it blew up.

I also maintained waitressing in Nando’s throughout all of these crazy events, too, like hitting one million followers, going to shows as a featured creator, and hosting meet-and-greets. I liked working because it gave me structure when everything else in life felt so surreal. I only left recently because I had to: the coronavirus closed all the restaurants. Now that I live in the ByteHouse in London, I don’t ever see myself waitressing again, but I’m going to miss my colleagues a lot.

KTF: I heard about it through my friend Aaliyah, she was obsessed with it. At the time, it was very talked about, since it was kind of a meme online.

KTF: Like I said, I started TikTok around the same time I started at Nando’s. One of my first videos to blow up was about Nando’s. I was talking about difficult customers and just making jokes about my job. It blew up massively and had 3 million views—it was my first big TikTok. It got featured, and it is still at the top of the #nandos hashtag. At the time, nobody from the U.K. was doing talking content, since TikTok had just transitioned from Musical.ly, which was predominantly a lip-syncing app.

KTF: I think it’s an app that is full of so many different styles of content, there’s something for everyone. It’s very addictive, once you’re scrolling through the For You page, it’s hard to stop. It’s like Vine, but better, since videos aren’t limited to just a few seconds.

KTF: Yeah, I used to have a group of friends that I would meet with regularly to film content. That was so fun, we would get Airbnb’s or hotels and stay in London together for the weekends just to film. It’s a great way to combine audiences. I can’t meet them all now because I’m isolating, but I live with a few of them in the ByteHouse, so it’s really amazing.

KTF: Now that I’m living in a content house, we film from about 10 a.m. to 7 p.m. It’s fun because it’s what we would be doing at home anyway. I usually just write down ideas so that I have enough to film throughout the day. If I’m not filming, I will just be hanging out with everyone and watching movies. There’s not much else to do, since we are stuck inside at the moment.

KTF: There are so many, to be honest. I think it changes every day. Everyone I live with inspires me in some way.

Tubefilter: As you’ve mentioned, you recently moved into the ByteHouse with five other creators! How is that project going? Has it impacted how you make your solo content?

KTF: Yes! We moved in mid-March. It’s been such a crazy experience so far, and it’s just early days. I don’t think it’s really changed much in terms of my personal content. I have days where I can just film for my own channels, too, and I wouldn’t want to be anywhere else during this time. My friends keep me motivated, and we are all striving for the same things, so it’s a good environment.

Tubefilter: Why do you think people are so drawn to relatable content that chronicles a creator’s everyday life?

KTF: Because it’s something they can resonate with. If a topic is something someone can understand, they will be more drawn to it, and feel closer to the creator, too. It’s a win-win, because if the viewer is watching longer, the video will be pushed further, so not only will the creator connect with their current audience, but they will also gain more of an audience. Personally, I like being an open book online, because that way I can help others in similar situations with advice, etc. It’s like being an online big sister.

KTF: Honestly, I’m just going to take each day as it comes, but I’ve started a YouTube channel and it’s going really well. Being a full-time YouTuber is something I’ve wanted to do for the longest time, since I was little and I watched Zoella. I do want to expand my content as much as possible, maybe even onto TV. The ByteHouse is a stepping stone in the right direction. I think I’m in the right place for now, and I’m excited to see what happens in the future.