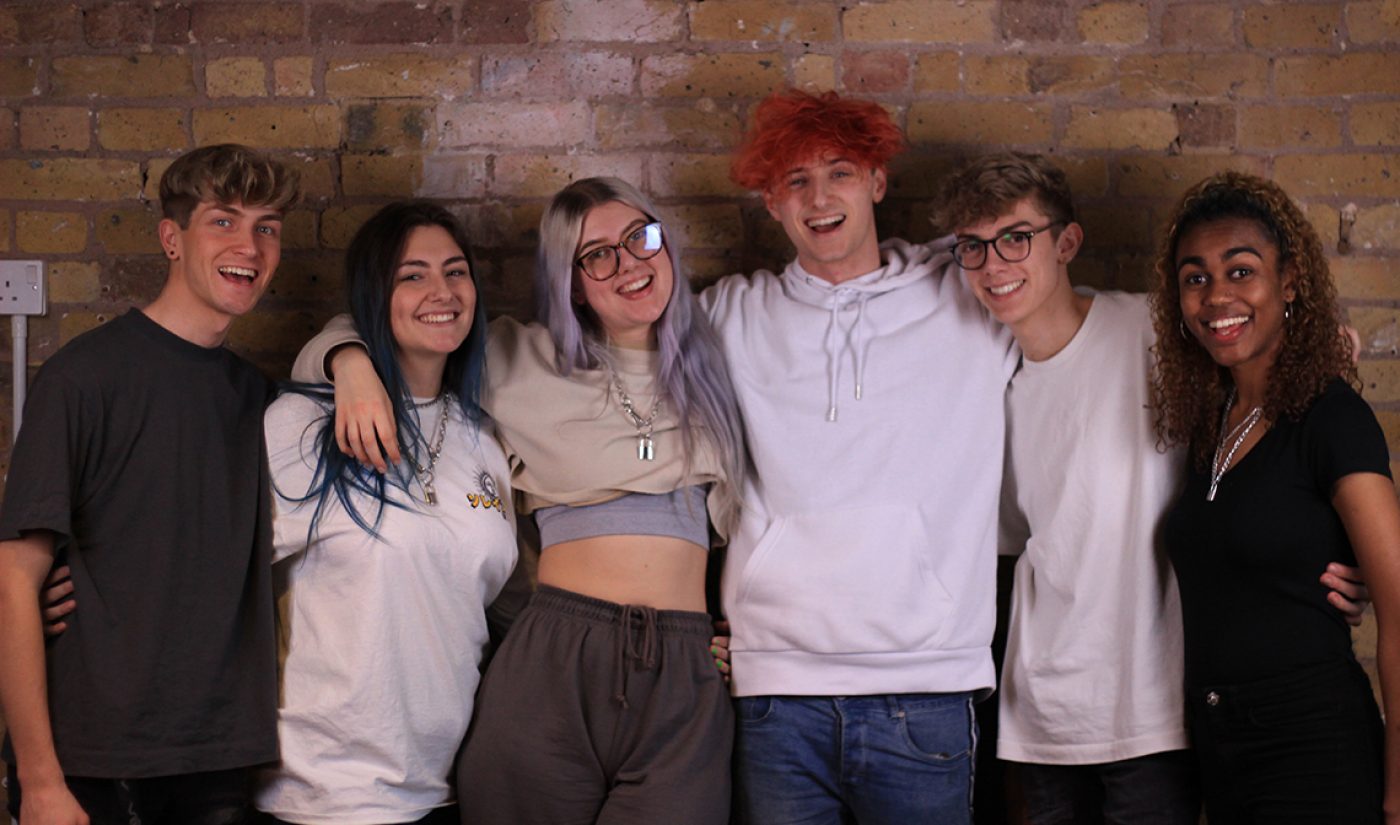 Big Brother meets Hype House in ByteHouse, a creator collective and “online show” featuring a core group of TikTokers and (post-pandemic) a rotating cast of guests all living, shooting, and posting together from the comfy confines of a Mayfair mansion.

In March, six of those creators became the ByteSquad: @itzshauni (who has 5.5 million followers on the platform), @surfaceldn (5.2 million), @sebbbyjon (2.1 million), @ktfranklin (2 million), @itslilyrose (1.1 million), and @montykeates (488K). As part of the squad, their job is to create a constant stream of digital content for the official ByteHouse TikTok account, as well as their own individual pages.

Timothy Armoo, Fanbytes’ cofounder and CEO, tells Tubefilter that ByteHouse had been in development for months before the pandemic hit, with a planned debut date of early April. The company had just gotten the ByteSquad settled in when lockdowns took hold of London, derailing its plan to mix things up by having a new guest creator join the core six every two weeks.

Fanbytes restrategized. In addition to temporarily nixing guest creators (something it’ll add back to ByteHouse in the future), it decided to focus much of ByteHouse’s debut videos on what Armoo calls “escapism content,” like pranks and other lighthearted fare.

“Due to lockdown, people are going online to search for new shows and content they can use to get out of the constant negative news,” he explains.

Lifestyle creator Monty adds that the ByteSquad sees this time as an opportunity to “help people through coronavirus by helping them stay inside, with daily livestreams and constant content.” He says, “What we’re looking forward to the most is just how crazy the content is going to be…It really is exciting to see what happens when you have all of us come together with our different styles to create the most interesting content on TikTok.”

ByteHouse dropped its first uploads–an intro to all creators involved (above)–on its dedicated TikTok account April 3. In the week after the premiere, the account’s videos (which are uploaded at least daily and count over 100 so far) received more than 15 million views and 2.5 million likes, Armoo says.

As expected, viewers haven’t only watched content from the newly minted ByteSquad on the main ByteHouse account. According to Armoo, ByteSquad members have seen an average viewership spike of 35% since ByteHouse’s premiere. They now collectively bring in nearly 74 million views per week on their personal accounts.

This traction has brought brands “flocking to be part of the first-ever TikTok show,” Armoo says. ByteHouse is working with organizations like party game company What Do You Meme? and Rise Above, a program that works with teens to promote discussions about mental health and prevent risk-taking behavior like smoking and unsafe sex.

Jan Nixon, marketing manager at Rise Above, says it chose to partner with ByteHouse because, “Now more than ever it is vitally important to urge young people to stay at home and save lives. ByteSquad is an innovative and creative way we can really engage young people with this message.”

Armoo (who’s 24) likewise sees ByteHouse as a way to reach Gen Z viewers, now and in the future.

“In a world where younger audiences are moving away from linear TV and moving online, more specifically to social, it’s ever more important for programming to be created by Gen Z for Gen Z,” he says. “The ByteSquad is some of the most entertaining and talented people there are, and I’m extremely excited to see what we can cook up.”