Instagram Finally Brings In Monetization For (Some) Creators With Purchasable Badges, IGTV Ads 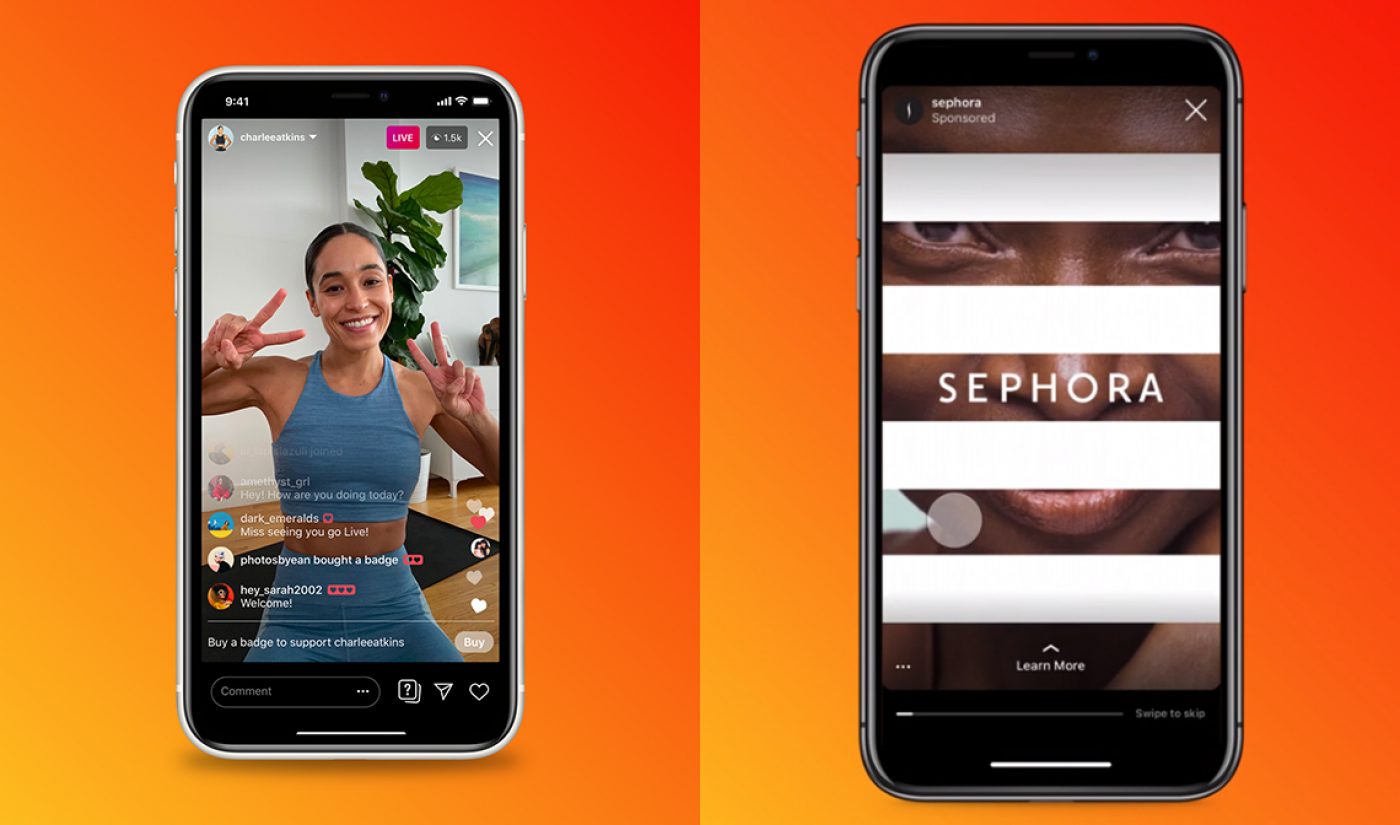 The platform today unveiled two forthcoming features that’ll allow (some) creators to earn money from their content: badges viewers will be able to purchase during creators’ Instagram Live streams, and ads on IGTV.

“In recent months, we’ve seen creators embrace Live in new ways, leading to a 70% increase in views from February to March,” Instagram wrote in a post about the updates. It’s noticed an increased number of viewers supporting creators with comments, likes, and donations on their live streams during the pandemic, so is adding badges to “give fans another way to participate and show their love,” it said.

Viewers who purchase a badge will have that badge appear next to their username when they comment in the creator’s stream. Creators will receive money from purchases, and will have access to a full list of everyone who’s bought a badge for their account. (The function sounds very similar to features already present on platforms like YouTube, Twitch, and Mixer, all of which allow users to spend a specific amount of money to make themselves more visible to creators and other viewers.)

It’s not clear if badges will be available for the same set prices across all accounts, or if individual creators will be able to set their own prices. It’s also not clear what cut of revenue creators will earn from them. What we do know is that badges will be tiered; Instagram’s example badges (above) appear as one, two, or three hearts next to the donator’s name, with the number of hearts presumably corresponding to the amount of money they gave.

Badges will begin testing sometime in June with “a small group of creators and businesses,” Instagram said. They will roll out over the next two months to viewers in the U.S., Brazil, the U.K., Germany, France, Italy, Turkey, Spain, and Mexico.

Instagram’s partner program gets off the ground

Back in February, the platform confirmed it was building a partner program to allow what it called “emerging creators” to profit from ads run on their IGTV content. That reveal was the first glimmer of possibility that creators might finally have built-in avenues to profit from their IGTV content, rather than having to rely on brand deals to bring in the bucks.

Now, Instagram has said that in the first week of June, “a small group of creators” in the U.S. will begin earning revenue from advertisements up to 15 seconds long.

“IGTV has become a powerful place for creators to connect more deeply with their fans, pilot new projects and share their lives and talents. With IGTV ads, they have another new way to earn money from the content they work so hard to produce,” Instagram wrote. It added that it’ll test different options, such as the ability to skip an ad, throughout the rest of this year, and that it’s aiming to make IGTV “an effective and brand-safe space for advertising.”

Instagram didn’t mention exactly what percentage of ad revenue will go to creators in the partner program, but a Bloomberg report from March suggested they will receive 55%, with the other 45% going to Instagram. (That’s the same split YouTube offers the vast majority of its creators.)

The company plans to expand its partner program “slowly over time as we improve the experience,” it said.

Justin Osofsky, Instagram’s COO, said the platform is adding these monetization options because they’re “crucial in order to support all creators on Instagram, from emerging digital stars to established entertainers and everything in between.”