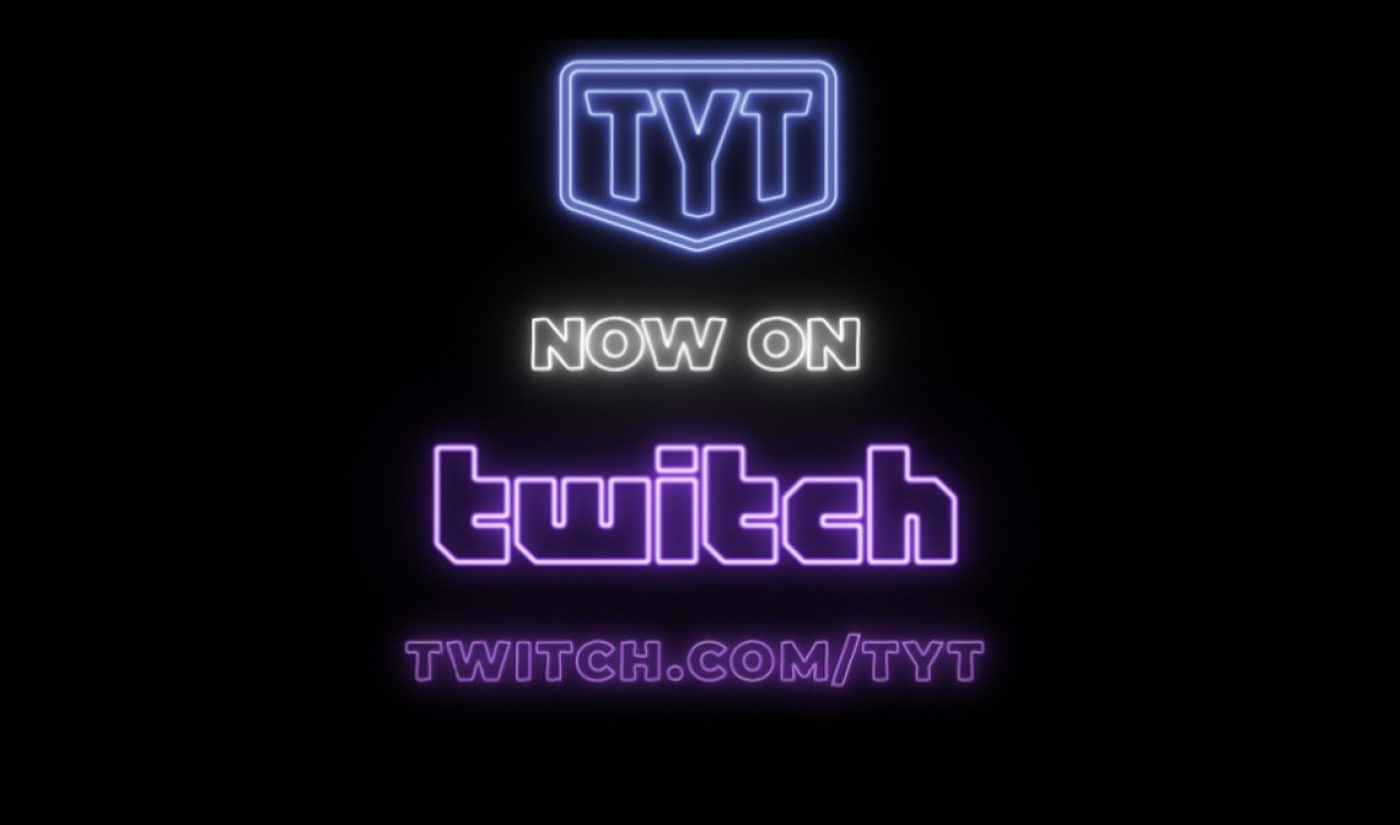 The company, founded by host Cenk Uygur, already boasts a massive presence on YouTube (4.7 million subscribers) and Facebook (3.2 million followers). That said, it’s foraying onto Twitch as livestreaming is at an all-time high amid quarantine. (That said, TYT tells Tubefilter that the partnership has been in the works for a while). Accordingly, TYT’s eponymous news broadcast with Uygur and Ana Kasparian will now be accessible to Twitch viewers, as will John Iadarola’s The Damage Report, Staying Home With Josh Fox, The Conversation, Old School, and Happy Half Hour.

Shows will stream on Twitch simultaneously as they are being broadcast on other platforms. The partnership will also call for 12 hours of Twitch-exclusive content each month. This slate will be announced in coming weeks, but one of the inaugural shows is titled Between Me And Uygur, and will see Uygur and a guest discussing life in quarantine.

“TYT is a giant within independent media, and we pride ourselves as a digital campfire because of our lean-in audience,” Uygur said in a statement. “The launch on Twitch is an exciting opportunity to reach an interactive community of 17.5 million average daily visitors.”

In addition to launching on Twitch, TYT launched TYT Academy in February — a nonpartisan online course that seeks to teach burgeoning journalists how to report on their local communities, including the basics of news-gathering, reporting, production, and multi-platform publishing. The project is being funded in part by the Google News Initiative.