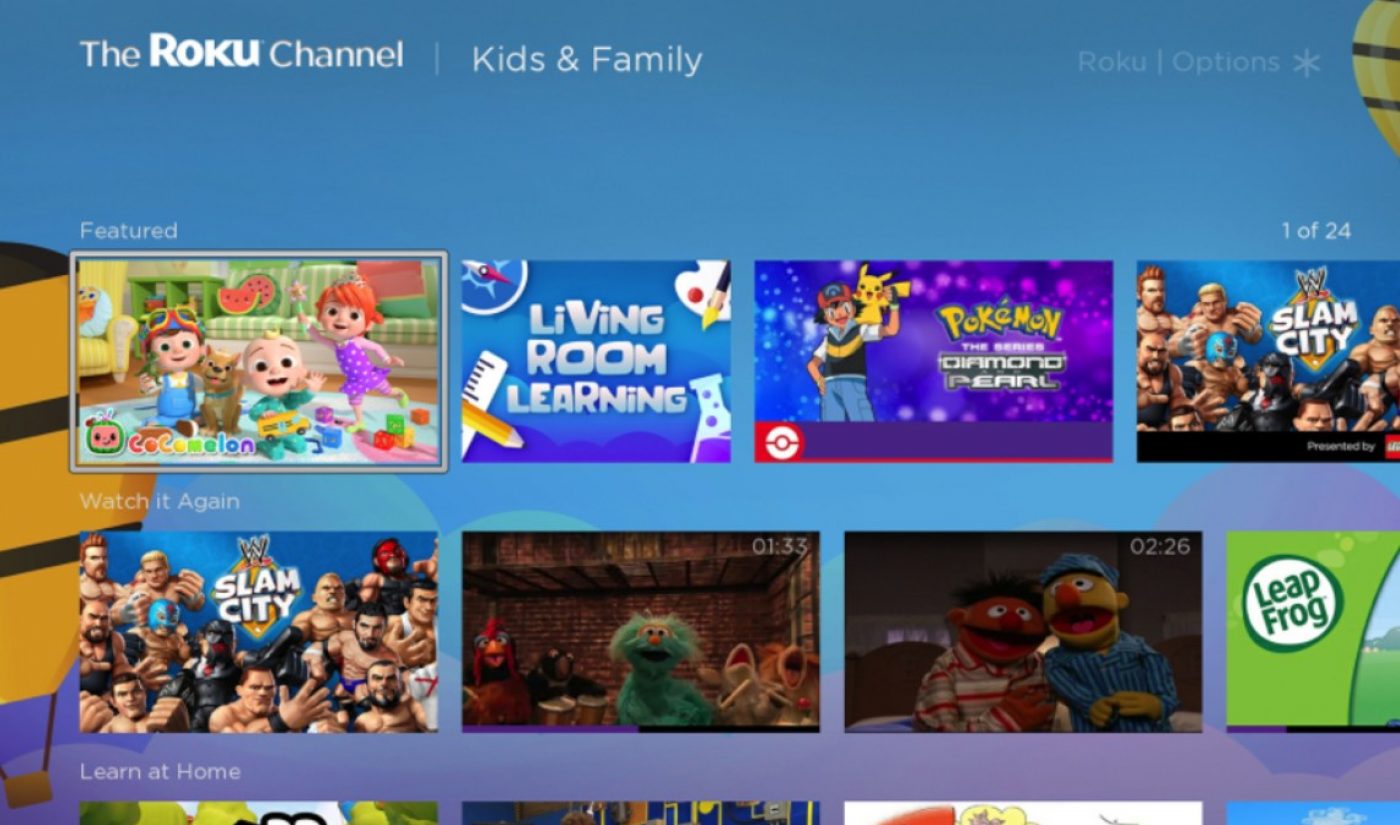 The second most-watched YouTube channel in the world (after T-Series, in terms of lifetime views), and the third most-subscribed channel (after T-Series and PewDiePie) is coming to Roku.

CoComelon is a kid-friendly YouTube venture with 82.3 million subscribers that recently clocked an unthinkable milestone — racking up upwards of 1 billion views in a single week. Its songs and videos, which help preschoolers learn letters, numbers, colors, and more, will now be available on The Roku Channel, marking its first distribution foray outside of YouTube.

Content will live on the ‘Kids & Family’ tab on The Roku Channel — a free, ad-supported hub that is available to anyone with a Roku account on nearly all devices. This means that popular CoComelon videos like “Bath Song,” “Yes Yes Vegetables,” and “Baby Shark Submarine” — which have garnered billions of views — will now be added, according to the company.

“CoComelon is beloved by tens of millions of children around the world and is a natural fit for our growing selection of content available to the millions of families who are increasingly turning to The Roku Channel every day for both entertainment and educational content,” Rob Holmes, Roku’s VP of programming and engagement, said in a statement.

The Roku Channel launched its ‘Kids & Family’ destination last fall, comprising 20,000 TV episodes and movies. The Roku Channel counts 100,000 titles in total, and in Q1 reached households with an estimated 36 million people. For its part, CoComelon is owned by parent company Treasure Studio, which is based in Irvine, Calif., and was founded in 2005 to make quality content for kids and families. In another move beyond YouTube earlier this year, the CoComelon channel expanded into merch.