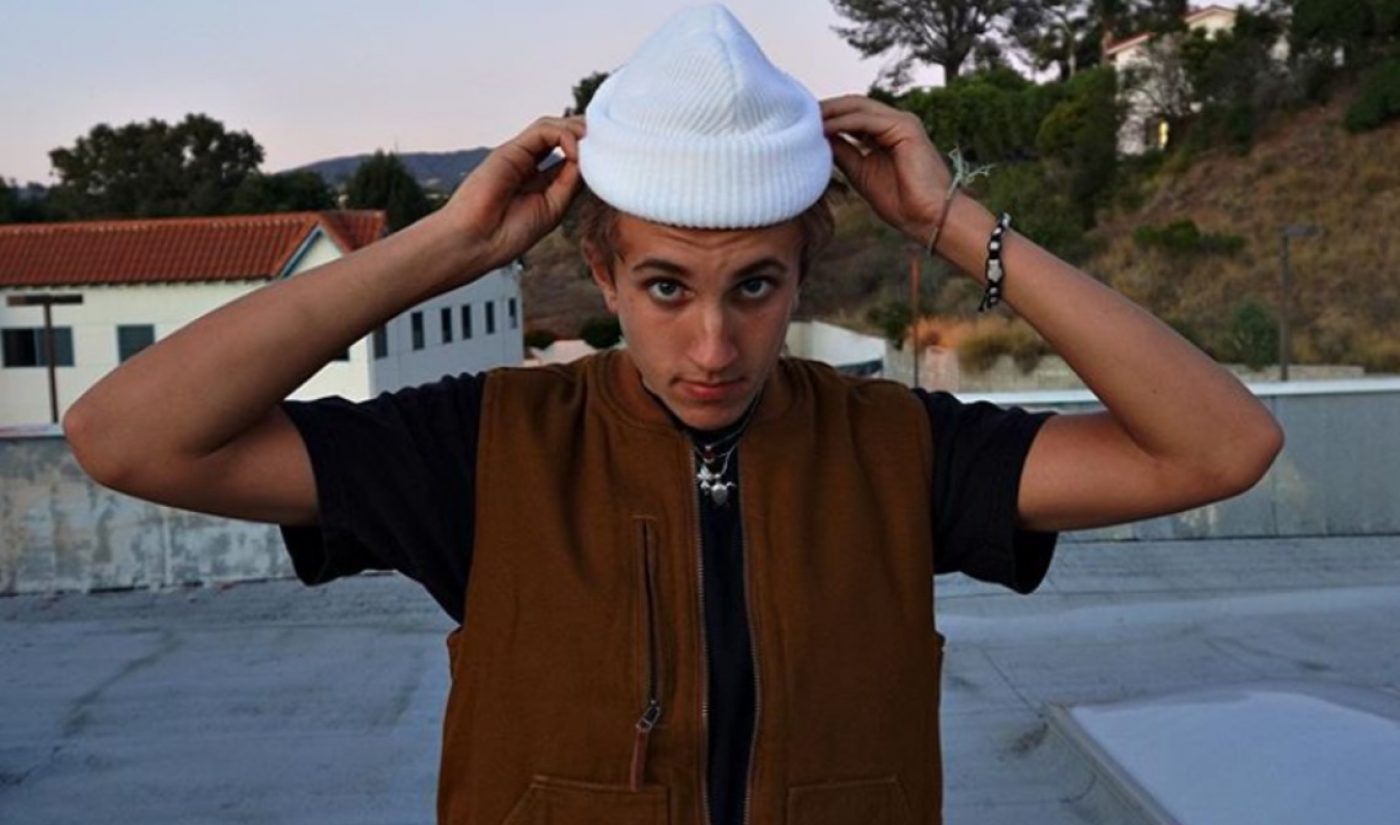 The 18-year-old, best known for his fashion customization and DIY videos, has amassed 4.7 million subscribers and roughly 30 million monthly views on his channel. CAA will represent Terzo in all areas of his career, according to The Hollywood Reporter. (Terzo also boasts 2.3 million TikTok followers and 1.2 million Instagram fans).

In his solo videos, Terzo customizes various luxury fashion items using paints, markers, crayons and other art supplies — such as Custom Sharpie Testa!!! (Satisfying), which has clocked 6 million views. Terzo has also made a practice of customizing luxury items gifts for fellow influencers, including custom shoes for Addison Rae, Chase Hudson, and Logan Paul. He has partnered on branded videos with the likes of Converse and Adobe, according to the Reporter.

In addition to his digital pursuits, Terzo is also the founder of his own merch brand The Satisfied, with items ranging from $10 for a sticker pack to $45 for a hoodie.

You can check out Terzo’s latest video, a pair of custom shoes for the recently-released-from-prison rapper Tekashi 6ix9ine.