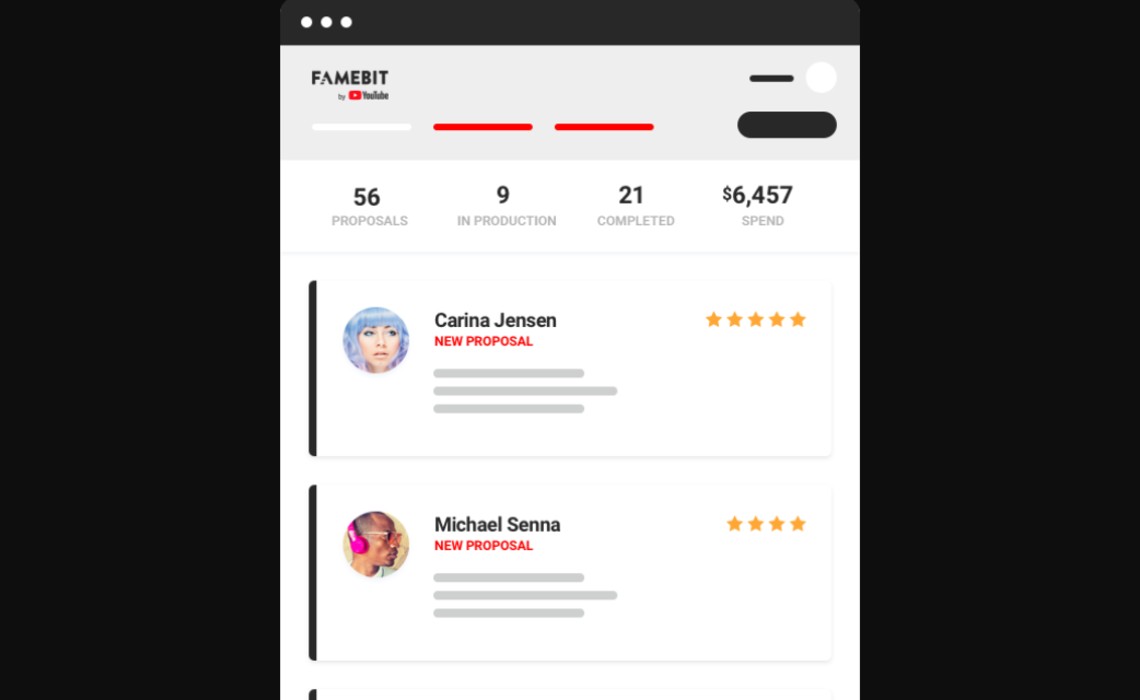 YouTube, which acquired influencer marketing platform FameBit in 2017, is tendering a major change to the service.

Beginning on July 31, the self-service program will be shuttered, FameBit has announced, and all accounts will be closed. The shutdown process began on April 28, however, when no new accounts could be created. No new deal opportunities will be posted after May 15, and creators and brands will no longer be able to work on proposals as of June 1. After June 8, creators will no longer be able to be hired for brand deals via self-service. To provide support during this transition, however, YouTube is making a one-time payment to creators that matches their earnings for the 90 days prior to when it notified them of the change (Jan 28 to April 28).

Amid the closure, FameBit touted the success of its full-service program, which is available to creators in the U.S. with over 25,000 subscribers (who can sign up for the service in YouTube Studio). FameBit notes that creators earn more than 30 times more money from full-service deals than those derived via the self-service platform, and that self-serve only represents 4% of its payouts to creators.

Over the past three years, FameBit has also added several new components to make its full-service program more sophisticated, including stats like: Brand Interest Lift (which tracks behavior across YouTube and Google), Influencer Lift (which measures impact on consumer purchase intent and brand recall), and Organic View-Through Conversions (how many users who also purchased products or took other actions). FameBit has also launched new tech tools, including shopping selves (which allow purchases or downloads directly from the watch page), and AR try-on tools.

In other FameBit news, the company’s top exec, Beau Avril, departed in April to become director of global brand and video product marketing at Facebook. A successor at FameBit has yet to be formally announced.