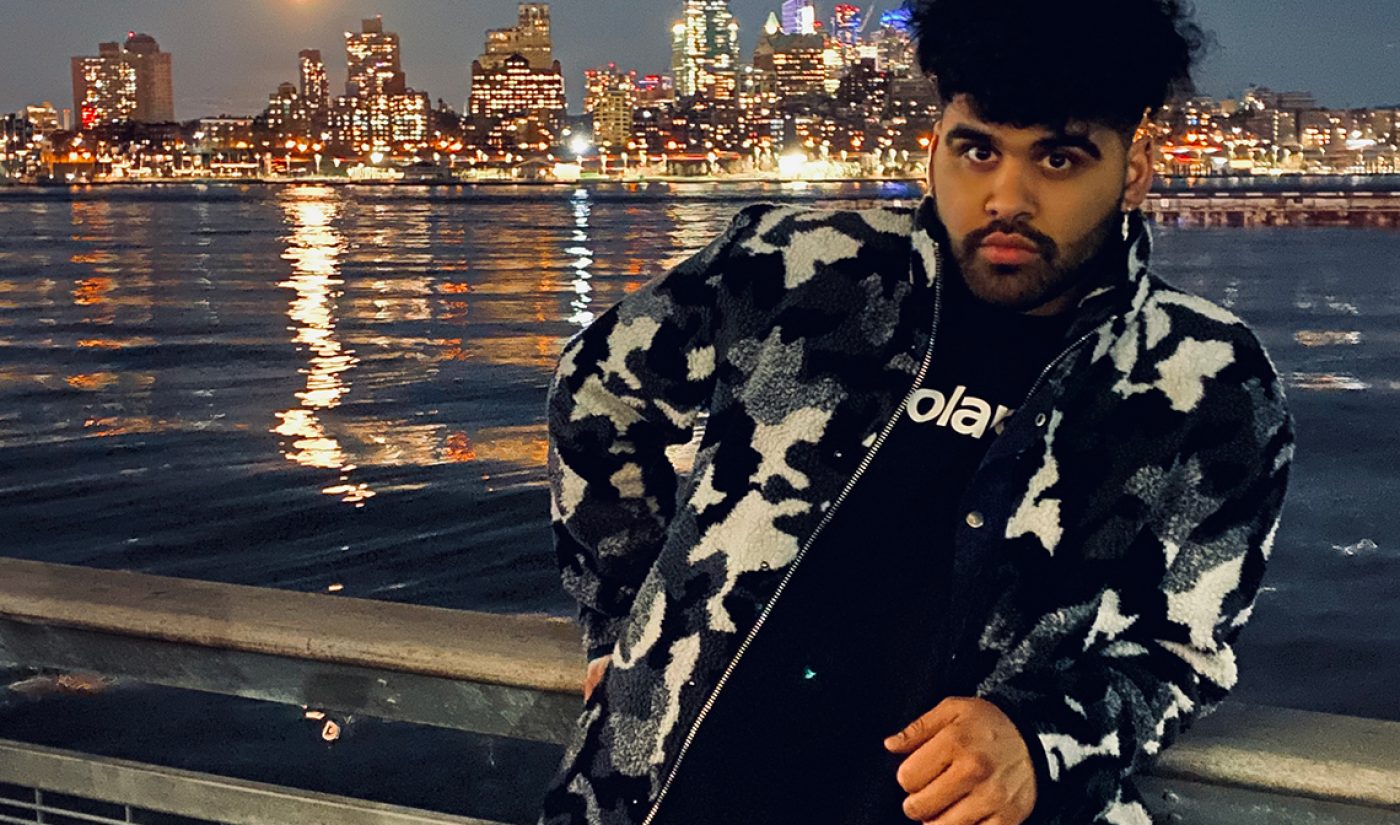 Kyran Nijjar knows how to keep ’em coming back for more.

Viewers may be increasingly turning away from traditional television in favor of streaming services and video platforms like YouTube and TikTok, but Nijjar snagged the majority of his followers by thinking like a TV series showrunner.

Akin to our three previous TikTok Millionaires, Nijjar got his start on Musical.ly, TikTok’s former competitor, and made the jump to TikTok when Bytedance merged the two in late 2018. By summer 2019, he’d amassed a nothing-to-sneeze-at audience of 300,000 followers–but he was also very aware there are millions of creators on TikTok, producing millions of videos, all vying for viewers’ attention. He needed to figure out a way to hook viewers so they’d keep coming back to his content.

So, in August, he started a series.

Risking My Life Every 24 Hours is a comedic chronicle of everyday horrors: drinking orange juice after brushing your teeth, biting straight into a popsicle, getting shampoo in your eyes, bashing your ankles with a swinging scooter. Nijjar started with orange juice and, as the series’ title suggests, put out a new installment each day, never straying far from familiar sufferings (perhaps aside from getting a faceful of chili seeds and lemon juice, which hopefully doesn’t happen to many people on the reg). He started each installment with the same cardboard clapboard, adding and crossing off days as they passed–a practice that resulted in “episodes” all having roughly the same thumbnail, with an indicator of where each stands in the series.

Now, five months later, Nijjar is at just over 3 million followers. He’s not risking his life as much, but he has amped up his overall content by mixing in another key element of traditional TV: cliffhangers.

We’ll let him tell you about them below.

@kyran__This is how you get a free hair cut, works every time 😂😂 ##lifehack ##comedy ##foryou♬ original sound – kyran__

Kyran Nijjar: I want to tell my fans that I appreciate every single one of them for supporting me and helping me achieve my dream. Hitting one million just motivated me to keep going!

KN: I’m from a small town called Walsall, in the West Midlands. Social media is something I’ve always wanted to do from the age of eight. The days before TikTok, I used to work as a customer service assistant.

KN: It was from a YouTube ad—the Musical.ly video that had the green alien dancing. I decided to download it and forgot about the app. Six months later, I went on and posted my first video.

KN: It was last year, in August. I was at 300K, and then in November I was suddenly at 2 million. The series I started called Risking My Life Every 24 Hours really created the foundation for me! As doing a series on TikTok was so unique when I first started it, I was labelled “the 24-hour guy.”

KN: I think it’s how easily we can connect with our fans and how TikTok gives everyone a chance for their videos to be seen at some point.

KN: I have only done a couple collabs with other creators, which was my own choice. I also often do sponsored content with brands.

KN: Most of my day is TikTok-based, as I’m always trying to think of a way to evolve my content and create new trends.

KN: Not really, the odd video I come across on the foryou page is cool, but I don’t look to other people for ideas, as I like to think my mind is good enough to create my own stuff!

Tubefilter: Your specialty is cliffhanger content–something we don’t see often in digital video! How did you come up with that as your niche/focus? Have you noticed more and more people returning to your videos?

KN: Yes, it’s because what does all our favourite TV shows/series do when we really get into them? They leave you on a huge cliffhanger, and we are always itching to see the next one, so it programs our minds to come back, because we say in our heads, I can’t wait until the next episode! You are always saying this to friends, so I’ve just implemented that into my content.

Tubefilter: Do you structure narrative ideas (for example laying out what your next planned cliffhanger is, etc) or do you come up with things on the fly? How do you get new ideas for videos?

KN: Honestly, I don’t know how I come up with these ideas. My mind just works in different ways, I guess. You can call it crazy, but I just like having fun and making people laugh, which is the main thing!

KN: Next is YouTube and making a solid clothing line. I’ve also always wanted to get into music, so that’s something I’m going to work on in future, and maybe even be in a movie or TV series!