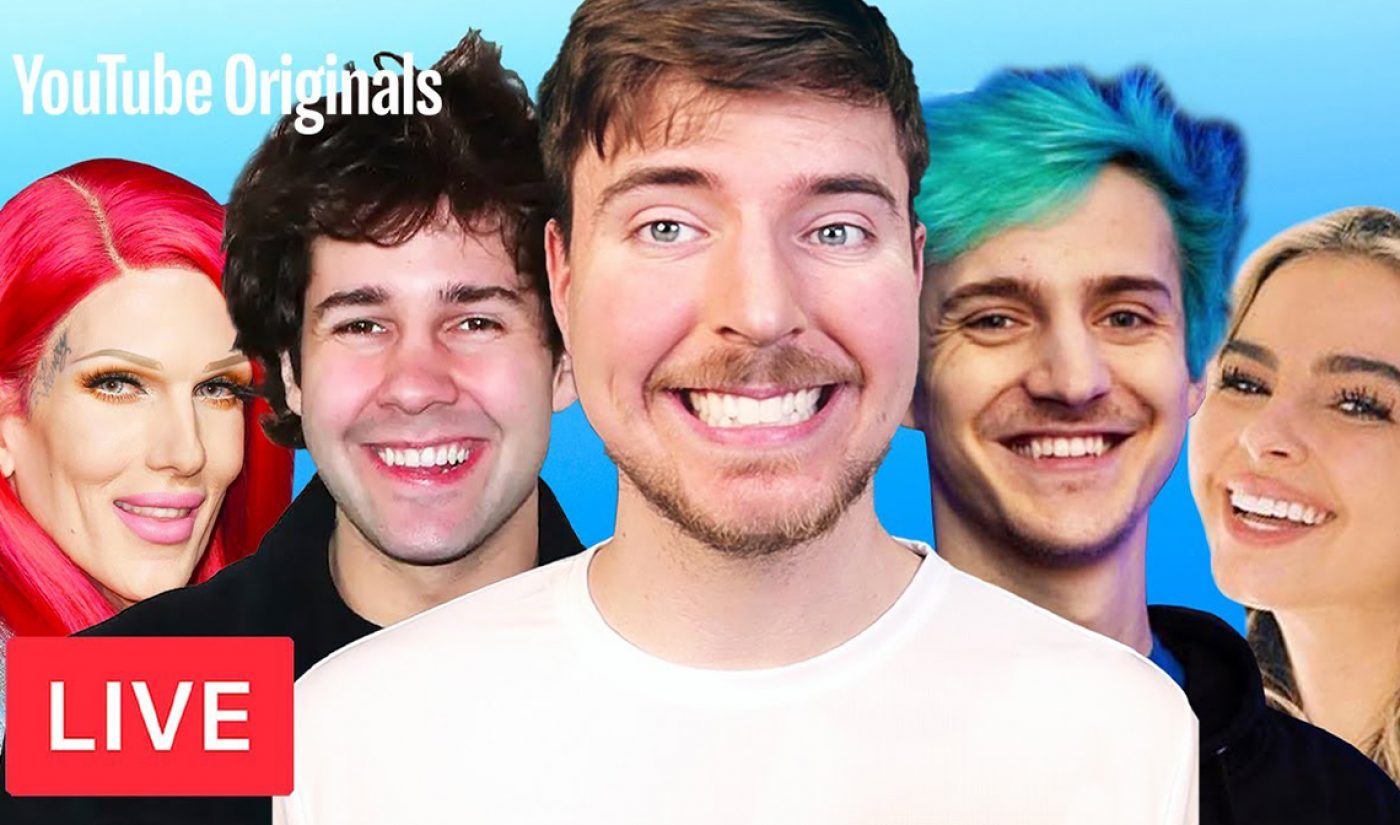 In the end, it was Nadeshot versus Neistat.

On his road to victory, some of the internet’s most well-known creators rose and fell, won and lost. Here’s the final bracket:

If you’re wondering who won what rounds in the tournament here is the complete breakdown. What win shocked you the most? pic.twitter.com/fGNqAS9k0h

If you’re familiar with MrBeast–whose real name is Jimmy Donaldson–you’re probably not surprised his Creator Games charitable giving didn’t stop with Nadeshot’s $250,000 prize. During the April 25 live stream, some participants donated a specific amount per each round they won; for example, Ninja (3M followers on Mixer) pledged $10,000 for each round in which he advanced, and ended up donating a total of $20,000 after he defeated LazarBeam (13M, 180M) and Pokimane (4.6 million followers on Twitch), but lost to Nadeshot.

GGs to @Nadeshot @pokimanelol and @Lazarbeam

Ninja’s donation went to the World Health Organization’s COVID-19 Solidarity Response Fund–and so did more than $1 million donated by viewers and Google during the stream. YouTube’s parent company had pledged to donate $2 for every $1 given by fans, and over the course of the stream, they together donated more than $1 million to the fund, Donaldson tweeted after the event. (The total fundraiser, which is a YouTube Giving collection organized by the United Nations and thus can be promoted by creators across the platform, has raised $4.3 million of a $7.5 million, with 64 days to go).

Congratulations to @Nadeshot for winning the tournament, I can’t believe we raised over $1,000,000 😮

As we noted in an update above, The Creator Games became YouTube’s most-watched live Original of all time, with a peak of 662K concurrent viewers tuning in for the broadcast. The stream has been crystallized on Donaldson’s channel, and has so far netted more than 16 million views. It’s also No. 1 on YouTube’s Trending tab at press time.