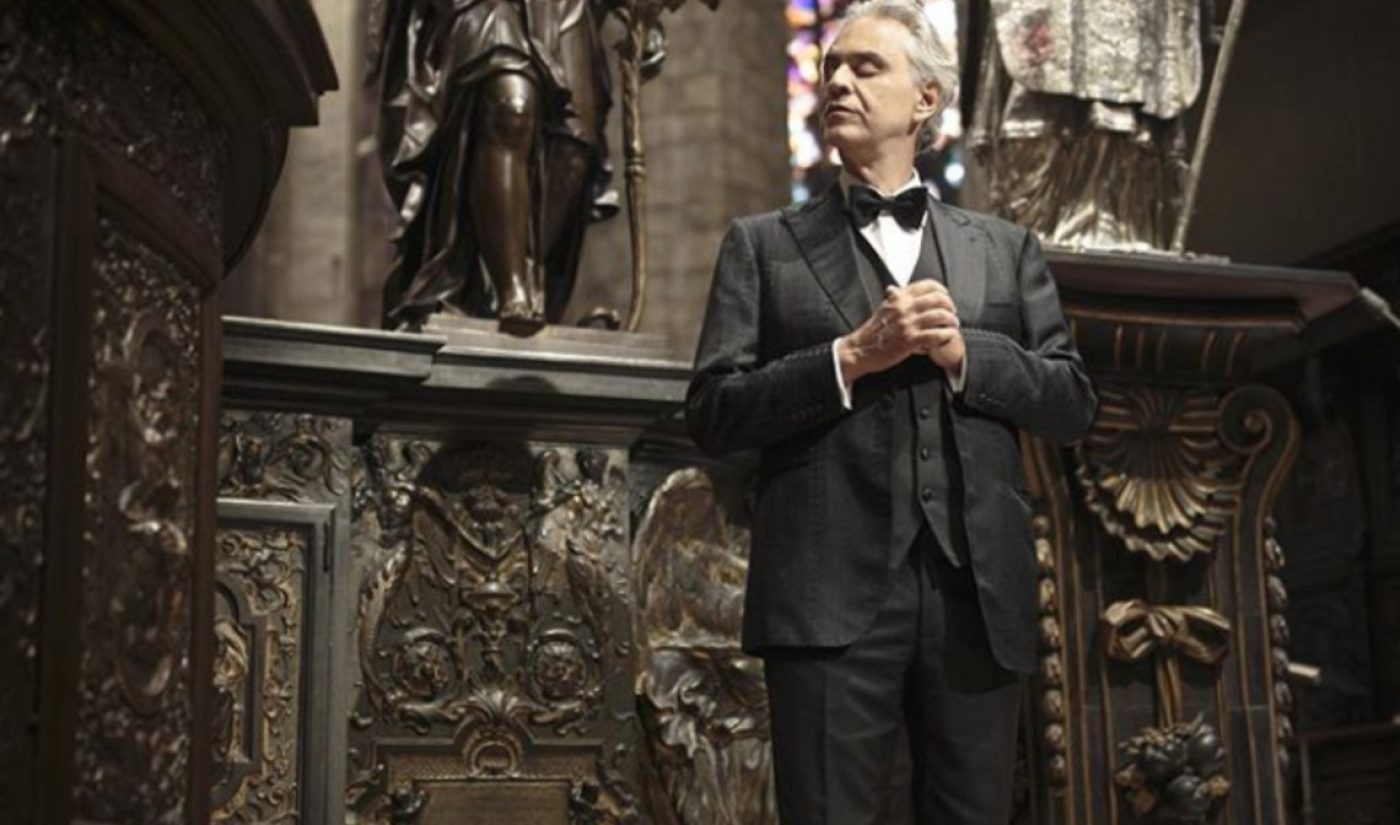 Andrea Bocelli’s widely-viewed Easter Sunday concert stream shattered a number of records on YouTube, as 2.8 million viewers around the world concurrently tuned into the event at peak.

Variety reports that the solo performance — which took place at the Duomo in Milan, as the Italian capital remains quarantined in light of the coronavirus pandemic — has become the biggest classical music live stream in YouTube history. (Prior to the start of the show, 1 million viewers were queued up and ready to watch the Italian opera legend). Additionally, the 25-minute video, dubbed Music For Hope — Live From Duomo di Milano, generated 28 million views in 24 hours, with its current count sitting at 35.5 million views.

Variety notes that other music events, including Coachella, have garnered more live views (the first weekend of last year’s festival garnered 82.9 million concurrent viewers), though it isn’t exactly a one-to-one comparison, given that that event took place over three days. (The most-viewed live stream of all time remains the 2012 space jump by skydiver Felix Baumgartner, which garnered more than 8 million concurrent viewers).

“I am moved and delighted to have received such an overwhelming reaction that has gone beyond our highest expectations,” Bocelli said in a statement, per Variety. “It was an immeasurable honor and privilege to lend my voice to the prayers of millions of people, gathered in a single embrace — a small, great miracle of which the whole world was the protagonist and which confirms my optimism about the future of our planet.”

“YouTube is honored to have played a role in making sure the world could to come together, as one music family, to see, hear, and listen to Andrea Bocelli’s performance on such a historic day in time,” added Lyor Cohen, YouTube’s global head of music.