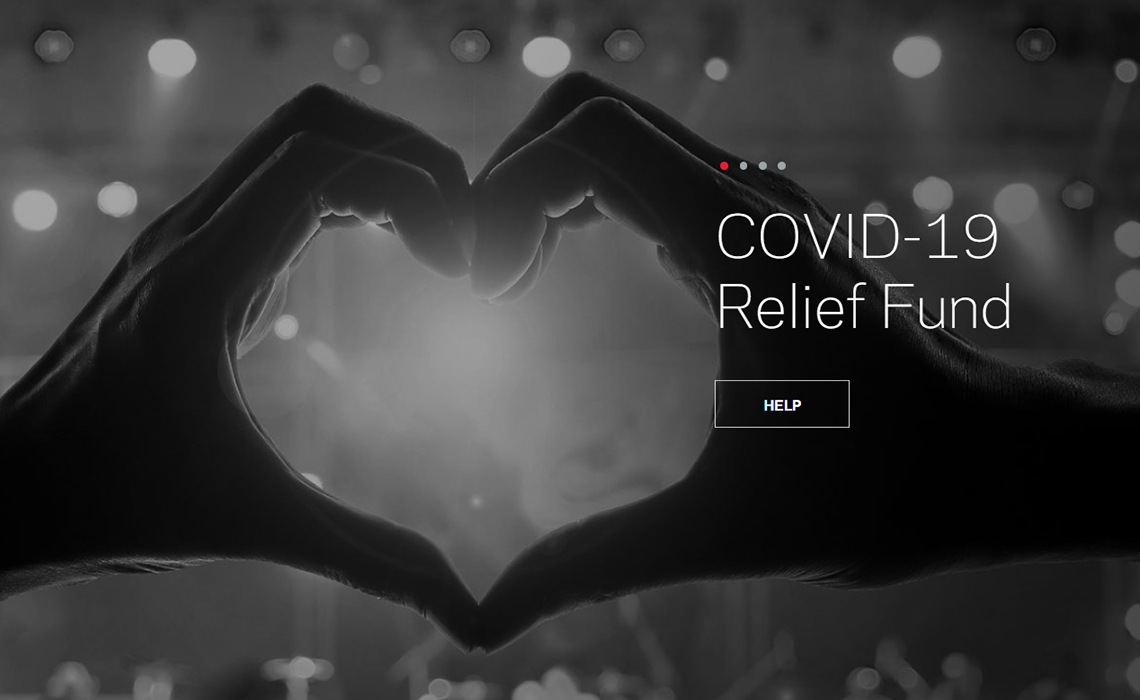 Launched last week by the Academy’s charitable foundation MusiCares, the fund is giving artists, production crew members, technicians, and other music professionals up to $1,000 each to help cover housing costs if they were booked for performances that have now been cancelled due to the novel coronavirus pandemic. It was established with a $2 million donation from the Academy and MusiCares.

“MusiCares is aware of the enormous financial burden to those whose creative practices and incomes are being adversely impacted by COVID-19,” the organization said on the fund’s landing page. “We are deeply saddened that it is resulting in a loss of work due to venue closures, festival and event cancellations, and travel restrictions.”

Professionals seeking support must provide proof of cancelled bookings as well as a rental agreement or mortgage statement which shows how much they pay for housing per month. MusiCares said if it receives more funding than expected, it will “evaluate the grant amounts available” (and presumably may give out more to those affected).

It’s not clear exactly how much YouTube Music, Spotify, Amazon Music, Facebook, SiriusXM-Pandora, and Tidal are collectively contributing, but the fund has reportedly received “millions” of dollars in donations since launching, Variety reports. However, MusiCare said in a statement, “more is needed.”

Tubefilter has reached out to YouTube for information about the amount donated, and will update this story with any new details.

Along with distributing the fund, the Recording Academy (which was established in 1957 and puts on the Grammys each year) has filed an appeal with Congress requesting protections for “musicians, performers, songwriters, and studio professionals such as self-employed gig workers who are impacted by cancellations due to the ongoing pandemic.”

The Academy says updates about the appeal and “additional partnerships” related to COVID-19 will be announced in the coming days.

Donations to the MusiCares COVID-19 Relief Fund are being accepted here.

A number of other support measures for folks in creative fields have been solidified in the past few days, including Netflix’s $100 million fund to support its out-of-work cast and crews, and Twitch’s partnerships with SoundCloud and Bandsintown that fast-track musicians to moneymaking Affiliate status. Facebook has also established its own $100 million relief fund (not specific to creatives), which it will distribute to 30,000 small businesses in 30 countries.