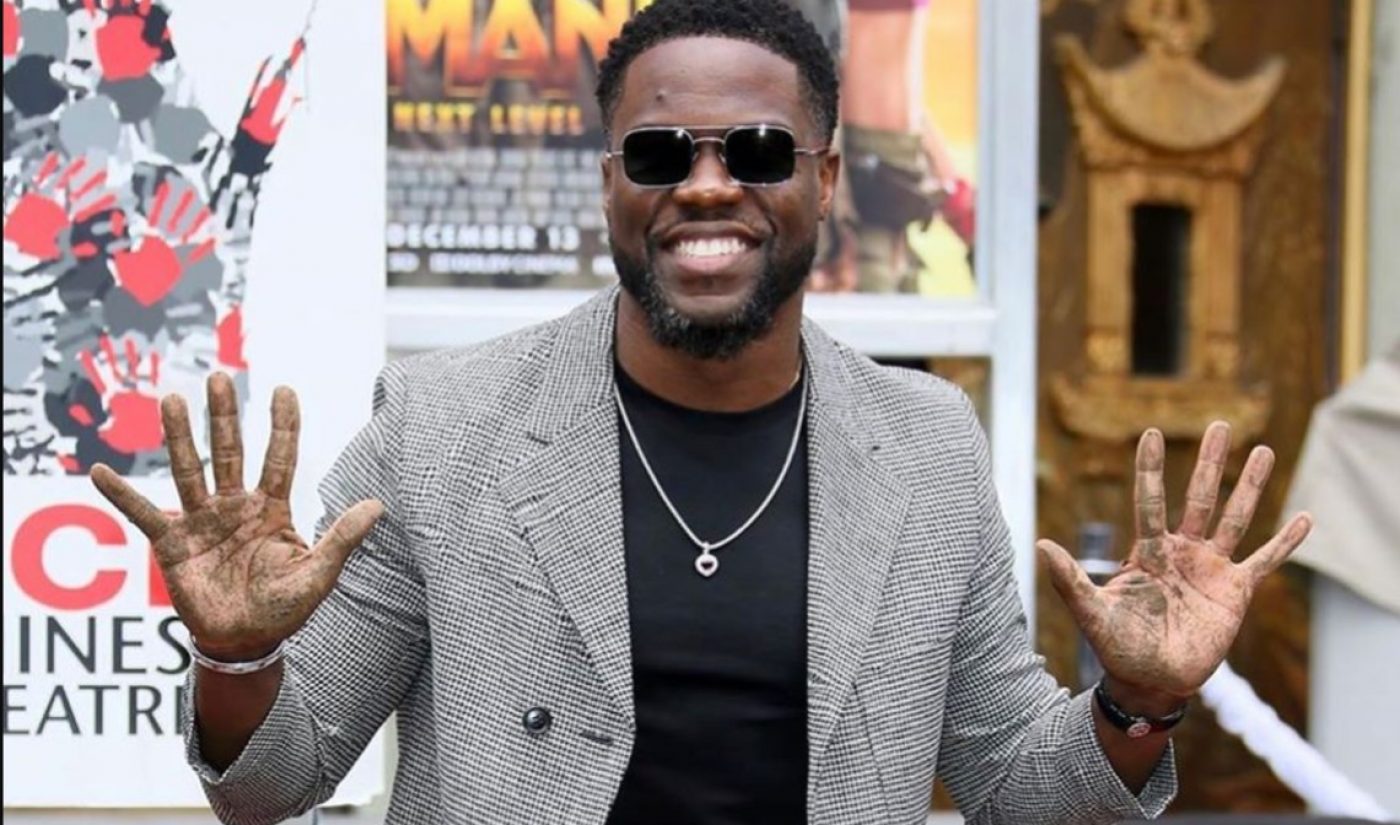 Laugh Out Loud, the Kevin Hart-founded digital comedy network, has announced a multi-year pact with the long-running Advertising Week (AW) conference franchise that will see the two companies partnering on a new B2B podcast focused on comedy and culture, launching a new LOL-branded content studio, and even working on event integrations with LOL talent appearing on AW stages across the globe.

According to the two companies, the alliance will serve to inject diversity into AW — which also comprises mobile content offerings like AW360 and education platform AWLearn — while deepening LOL’s ties within the advertising industry. AW, founded in 2004, sees ad, brand, media, and tech professionals convening annually for a B2B events across the globe.

As part of the deal, Hart will serve as the keynote speaker for Advertising Week in New York this October, while comedian Steve Harvey will keynote the inaugural Advertising Week Africa in Johannesburg in May. For his keynote, Hart will host a special edition of Hart To Heart — a one-on-one interview series that he has previously conducted alongside Trevor Noah and Howie Mandel at the Just For Laughs comedy festival in Montreal.

The partnership will extend to future AW events in London and Sydney this year as well, via an expansion of LOL’s Comedy In Color program — a stand-up showcase series that airs on PlutoTV — outside of North America.

“Comedy has always been on our front burner,” AW’s global CEO, Matt Scheckner, said in a statement. “We’re excited to partner with LOL on this global alliance in 2020 to expand our comedy footprint and extend what we are doing to advance the ball on diversity and inclusion from top to bottom across our industry.”

Adds LOL’s EVP and GM Thai Randolph: “Bottling the power of laughter for brands and the broader creative community is at the heart of what we are doing here, and we’re excited about it and the opportunity to further extend our brand worldwide.”