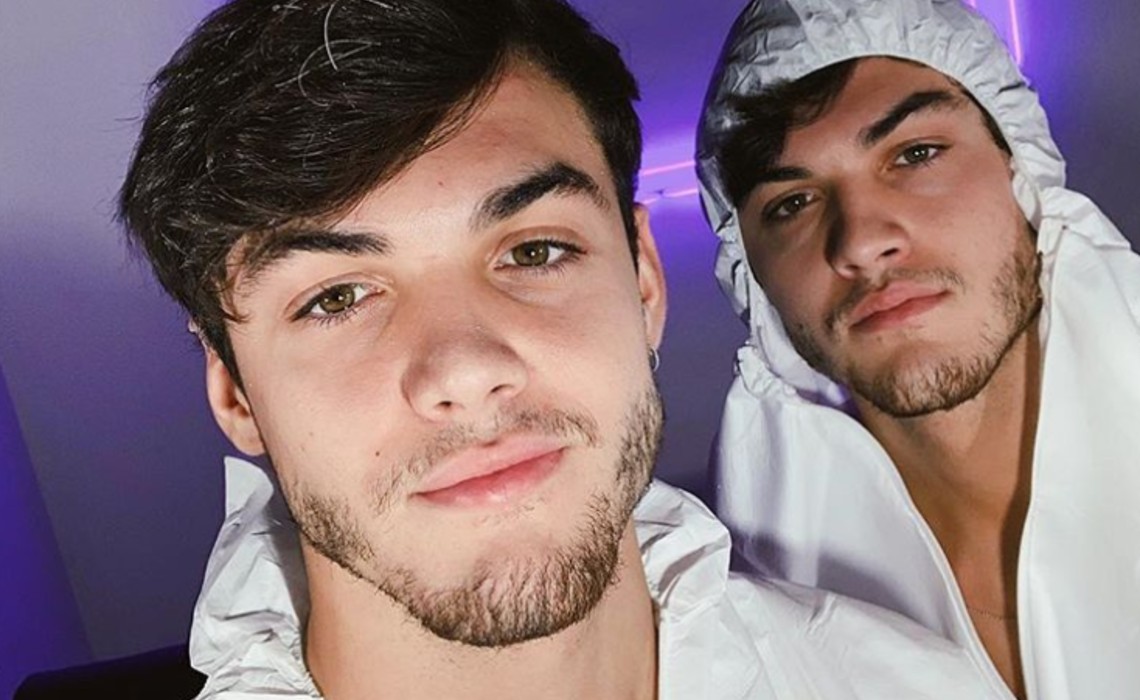 As the Dolan Twins’ career kicks into overdrive, with the launch of their sophomore Wakeheart fragrance and a new weekly podcast with Cadence13 titled Deeper With The Dolan Twins, 20-year-old Ethan and Grayson are also making enormous strides with their latest charitable endeavor.

Last week on their channel, which counts 10 million subscribers and has recently been clocking 15 million monthly views, the guys premiered Losing A Best Friend, a feature-length documentary that they directed and produced. The film serves as both a love letter to their late father, Sean Dolan, and a glimpse into their experience of losing him last January after a two-and-a-half-year battle with esophageal cancer. Losing A Best Friend has clocked 7.8 million views to date.

In conjunction with the film, the guys have launched a companion charitable organization called Love From Sean, a charity that supports research, treatments, and other services for families and patients affected by cancer. Alongside the film on YouTube, the guys launched a fundraiser using the YouTube Giving tools that enable creators to collect donations alongside their videos. In one week, the monthlong YouTube campaign has raised $170,000 of its $1 million goal. Donations are also being collected on a standalone Love From Sean website, with Grayson saying that the campaign has raised nearly $200,000 in 24 hours.

Almost at $200,000 total donated to LoveFromSean for cancer research, patients, and affected families after 24 hours!! We made a goal to reach 1 million dollars raised at the end of the month. EVERY dollar makes a difference.

Donations from Love From Sean are being collected by the Entertainment Industry Foundation (EIF), an eighty-year-old nonprofit that leverages the voices and talent of celebrities to build awareness and raise funds for myriad local and global causes.

“Our father Sean was fueled by the desire to help others,” the Dolans wrote on the Love From Sean website. “He was a teacher, coach, school principal and superintendent, mentor, and friend to many. In 2016, he was diagnosed with a rare, stage IV esophageal cancer that took his life in 2019 and stripped him of the ability to do what he loved most — help others…We’re supporting organizations that we know will make a difference in lives of families like ours.”

Some specific initiatives that funds will support, per the organization, include helping patients travel to treatment centers, to advance the development of new treatments, to fund pediatric cancer research, and to provide counseling for those in treatment as well as their family members.