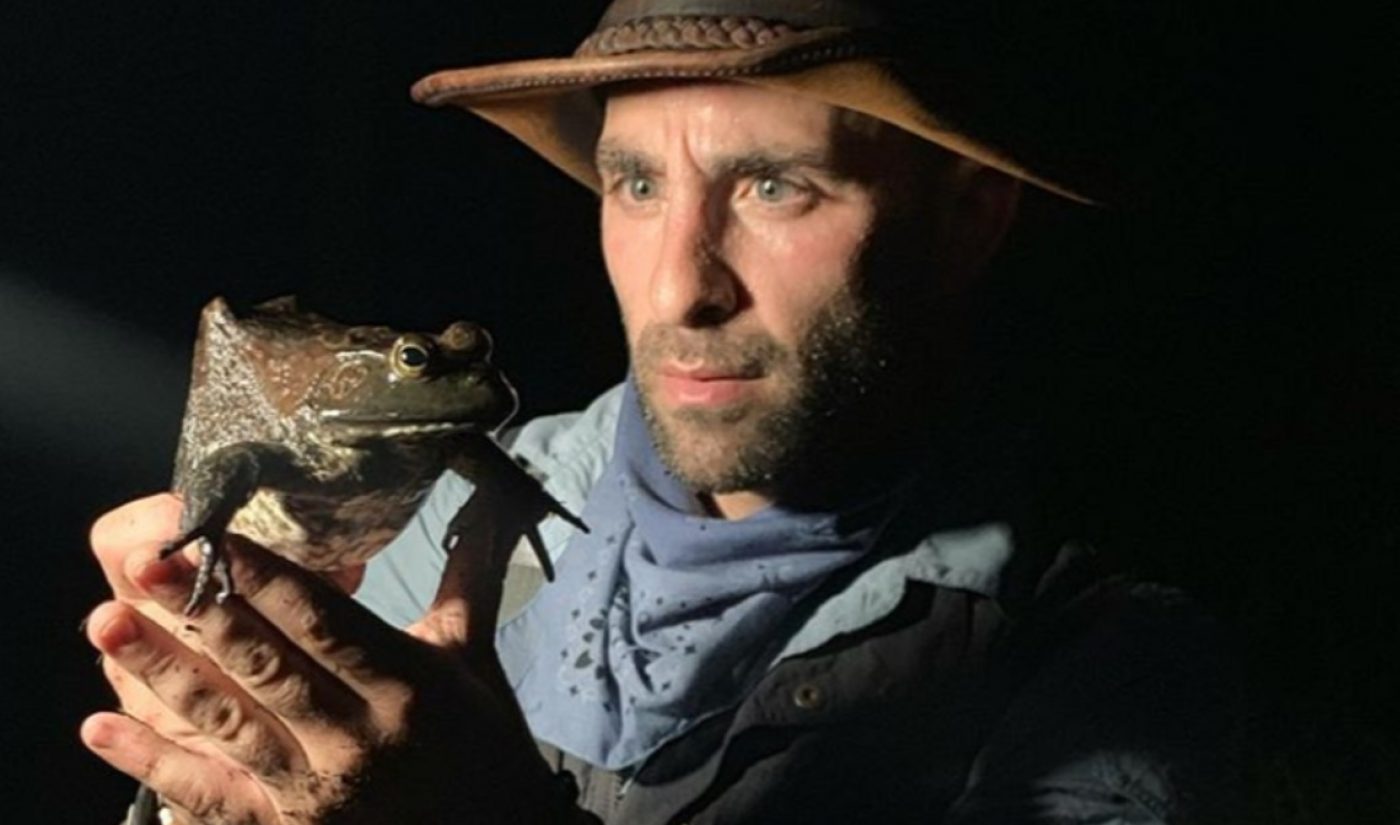 The latest creator set to announce his own product line is Coyote Peterson, host of the Brave Wilderness channel where the 38-year-old showcases — and often endures stings and bites by — exotic wildlife.

The toy deal was inked by Discovery Inc., for whom Peterson stars in a television series on its Animal Planet channel dubbed Coyote Peterson: Brave The Wild, airing Sundays at 9 pm ET. In addition to the programming pact, Discovery will also rep Peterson across future licensing ventures, developing consumer products that it says are designed to inspire and educate the next generation of animal enthusiasts.

On his TV show — which also seeks to promote welfare for the natural world — Peterson is joined by wildlife biologist Mario Aldecoa. And given that the show seeks to appeal to intergenerational viewers — and to encourage parent/child co-viewing — the merchandising program will start with toys, but then later expand into other categories like publishing (Peterson has already written a book before titled Coyote Peterson’s Brave Adventures: Wild Animals in a Wild World), packaged goods, and outdoor apparel, gear, and accessories, Discovery says.

“Coyote Peterson is a great example of Discovery talent whose personality transcends the screen and connects deeply with our passionate fans around the world,” Carolann Dunn, Discovery’s VP of consumer products, said in a statement. “Animal Planet serves animal lovers of all ages, and with Coyote we are thrilled to be able to connect with that younger audience through a line of fun, innovative, and inspirational toys.”