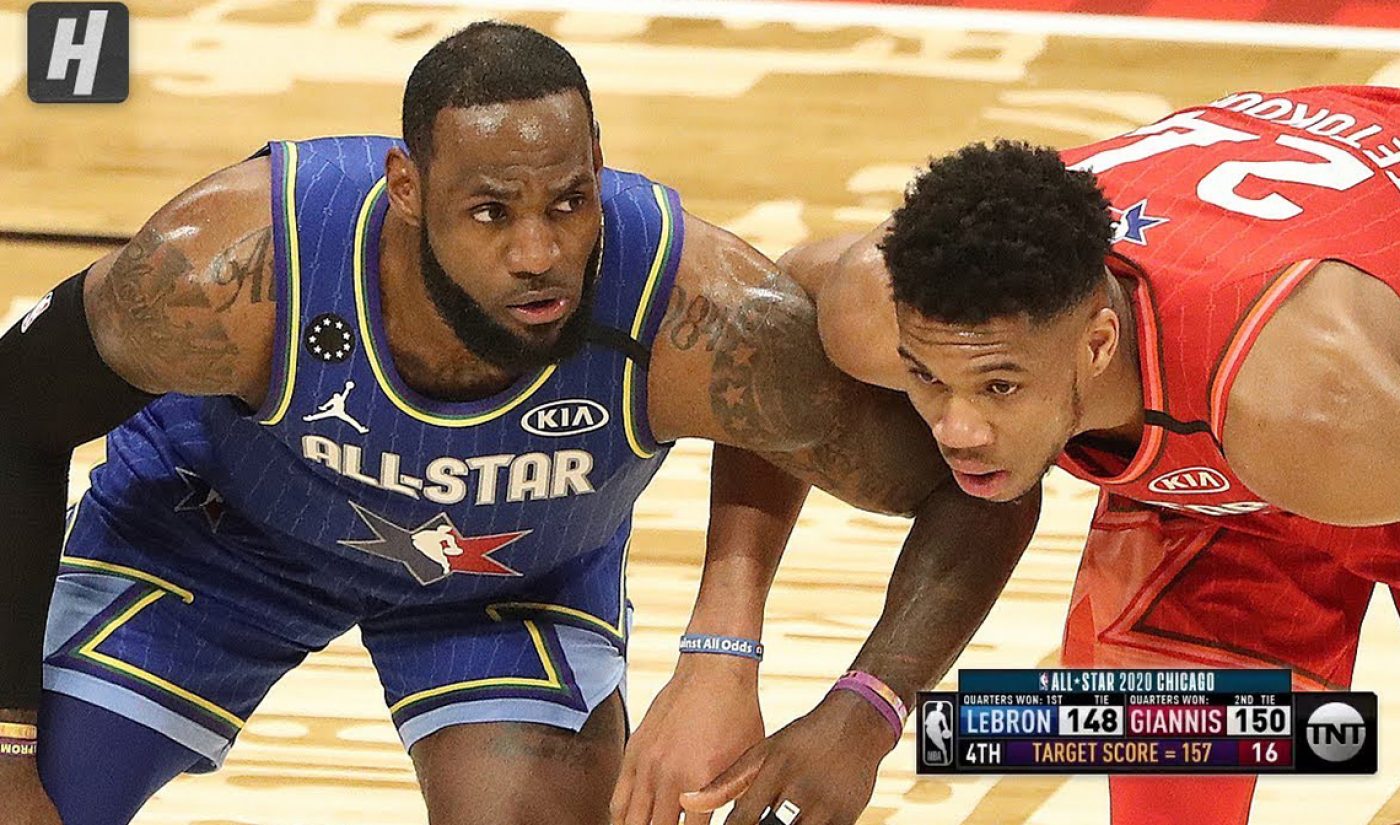 This year’s NBA All-Star Weekend was a three-day-long event featuring lead-up bouts and skill battles like the Celebrity Game (aired on ESPN), the Rising Stars Game (TNT), the 3-Point Contest, and the Slam Dunk Contest (both also TNT). It culminated Sunday night with the 69th annual All-Star Game, airing on both TNT and TBS.

All of that television exposure wasn’t the only way the game got in front of fans, however. NBA All-Star content also earned a ton of attention on social video platforms like Facebook, Instagram, Twitter, and YouTube. According to video measurement company Tubular Labs, more than 9,300 related videos generated 518 million views during All-Star Weekend and the following Monday (so, Feb. 14-17).

The Bleacher Report-owned House of Highlights YouTube channel got the most views of any account covering the event: 76.2 million. It beat out the NBA’s own Instagram (53.4 million) and TNT’s Facebook page (28.9 million). They were followed by the NBA’s Facebook page (27.2 million) and Twitter account (16.6 million). Despite not netting top spot, the NBA does own the All-Star conversation: of the top 20 creators of All-Star Weekend content, 16 were owned by the NBA or its broadcast partners, accounting for a 280.2 million views in total.

The Shade Room on Instagram (14.8 million views) and Critical Gamer on YouTube (9.6 million views) were the only top-10 NBA All-Star creators not owned by the NBA or a broadcast partner.

The NBA’s emphasis on House of Highlights, in particular, sheds some interesting light on how the league handles content distribution around major events. While House of Highlights (which is ultimately owned by Turner, Bleacher Report’s parent company) published 72 videos on YouTube in the timeframe, the NBA’s YouTube page published just 25 in the same stretch. And while ESPN’s main YouTube page also featured All-Star focused videos, overall, NBA properties basically cleared the platform for House of Highlights to take center stage.

Top individual videos around NBA All-Star Weekend were similarly skewed toward the NBA’s owned or partner accounts. The top 10 all came from that group, with the most-watched social video from elsewhere attributed to The Shade Room (4.3. million, 14th overall by views).