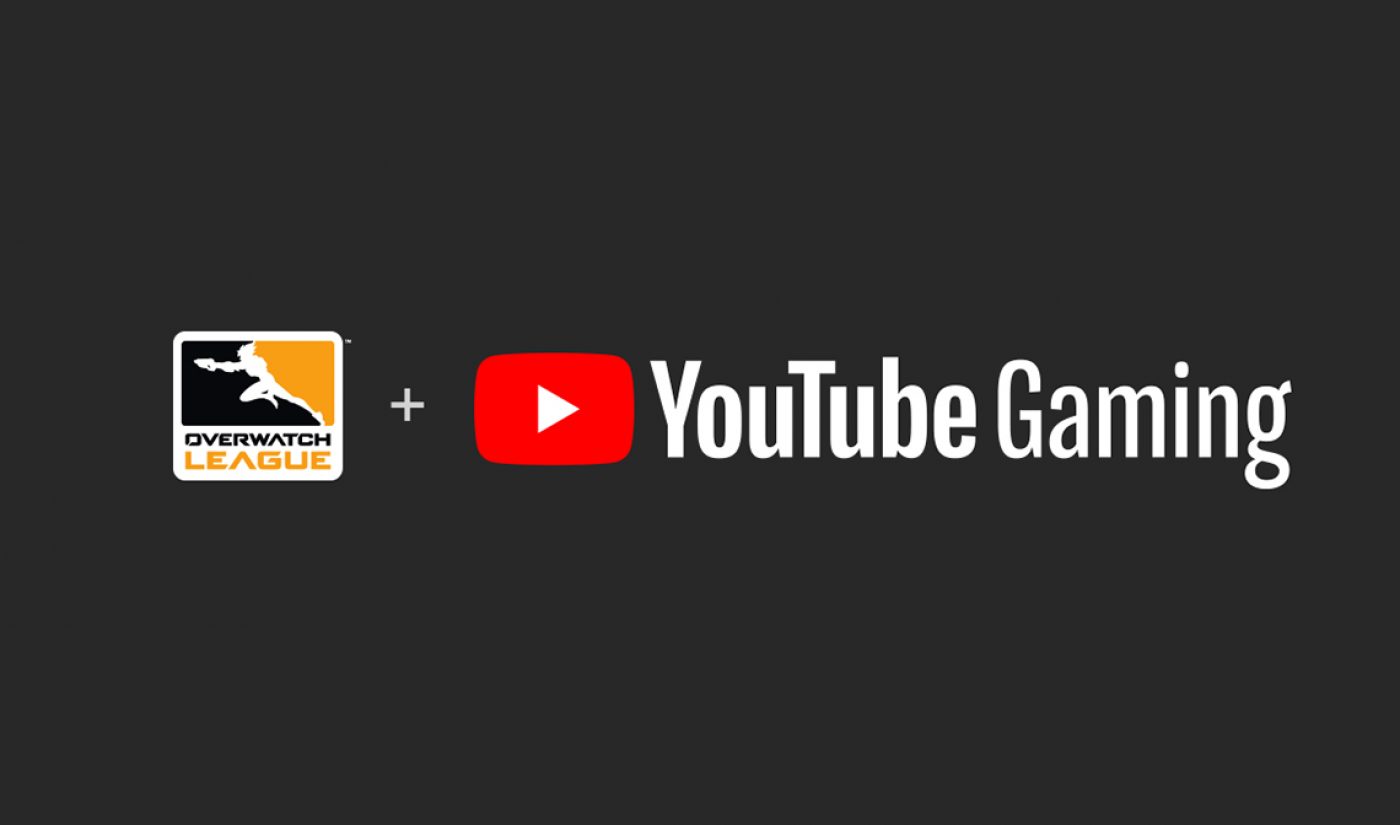 The YouTube portion of Google’s new deal with Activision Blizzard–which gives it exclusive rights to livestream matches from Overwatch League, Call of Duty League, and Hearthstone Esports–will cost Google $160 million over the next three years, according to sources familiar with the matter.

Those sources told Esports Observer that exactly how much Google is paying for each league isn’t known, but the majority of the money is going to Overwatch League (OWL). OWL, the professional competition for popular team-based shooter Overwatch, is arguably Activision Blizzard’s biggest esports property. Teams pay $20 million to join (at least), and last season, it drew 1.12 million viewers per match on Twitch–about equal to the number of viewers YouTube got when it livestreamed Major League Baseball games.

Teams and league executives are supportive of the deal because it gives them more earning potential, sources said. In deals like this, a base amount of money goes from the exclusive livestreaming partner to a league’s teams. YouTube is paying OWL teams the same base amount as Twitch did–but its deal includes clauses that could see it paying teams more if OWL meets certain ad sales and viewership targets, sources said. The league expects to meet those targets.

A lesser but still significant amount of Google’s $160 million payout is going to the newly formed Call of Duty League, which costs $25 million to join and recently drew 102,000 concurrent viewers during its debut event. Hearthstone Esports, on the other hand, was “essentially a free throw-in for YouTube,” per Esports Observer.

So, it seems Google and YouTube are investing the most heavily in OWL–which makes the early hiccups in YouTube’s presentation of the league’s third season more egregious.

The hunt for the trophy is coming to YOUR town 🏆

Google and Activision Blizzard announced their deal Jan. 24, just two weeks before the season kicked off Feb. 8, and fans immediately wanted to know one thing: were they going to receive rewards for tuning in? Twitch used to provide a token system (plus an extensive dashboard of viewership tools like first-person cameras showing every player’s perspective) where viewers could earn around three virtual coins per hour of watching OWL matches, then cash out those tokens for in-game prizes such as character skins. YouTube has offered similar reward systems before, for livestreams of events like the Fortnite World Cup.

In response to players’ concerns, execs from both YouTube and Activision Blizzard said plans for viewer rewards were in the works. Those plans appeared to manifest when Overwatch introduced a special season three skin for character Brigitte on Feb. 6, but while the game offers players the option of cashing in tokens to get the skin, YouTube isn’t giving out tokens–or anything else–for watching. Players who want the skin must pay $10 in actual currency to get it. (This also means players who watched Twitch’s presentations and earned some tokens, but not enough to buy items, are now stuck with them indefinitely.)

YouTube and Activision Blizzard also don’t appear to be promoting the league’s presence on the platform–or Call of Duty League’s, for that matter. As Kotaku points out, no ads, previews, or supplementary content like player interviews appeared on YouTube for the big kickoff Feb. 8. YouTube additionally struggled to present ads while the first matches were airing; it repeatedly played the same Cheez-Its commercial (the snack is a sponsor of OWL) in the middle of bouts rather than between them, meaning viewers missed some of the fast-paced action.

This all may have played a part in the comparatively dismal viewership numbers OWL’s YouTube debut brought in. Its first weekend’s matches all stayed between 100,000 and 150,000 concurrent viewers, a far cry from 1.12 million.

Ryan Wyatt, YouTube’s head of gaming, told Kotaku that YouTube is “focused at the moment on introducing the league to the YouTube audience,” and that “we can’t wait to introduce in-game features in the future.”

An Activision Blizzard spokesperson said there are “no plans” to change the purchase mechanics for the season three Brigitte skin.