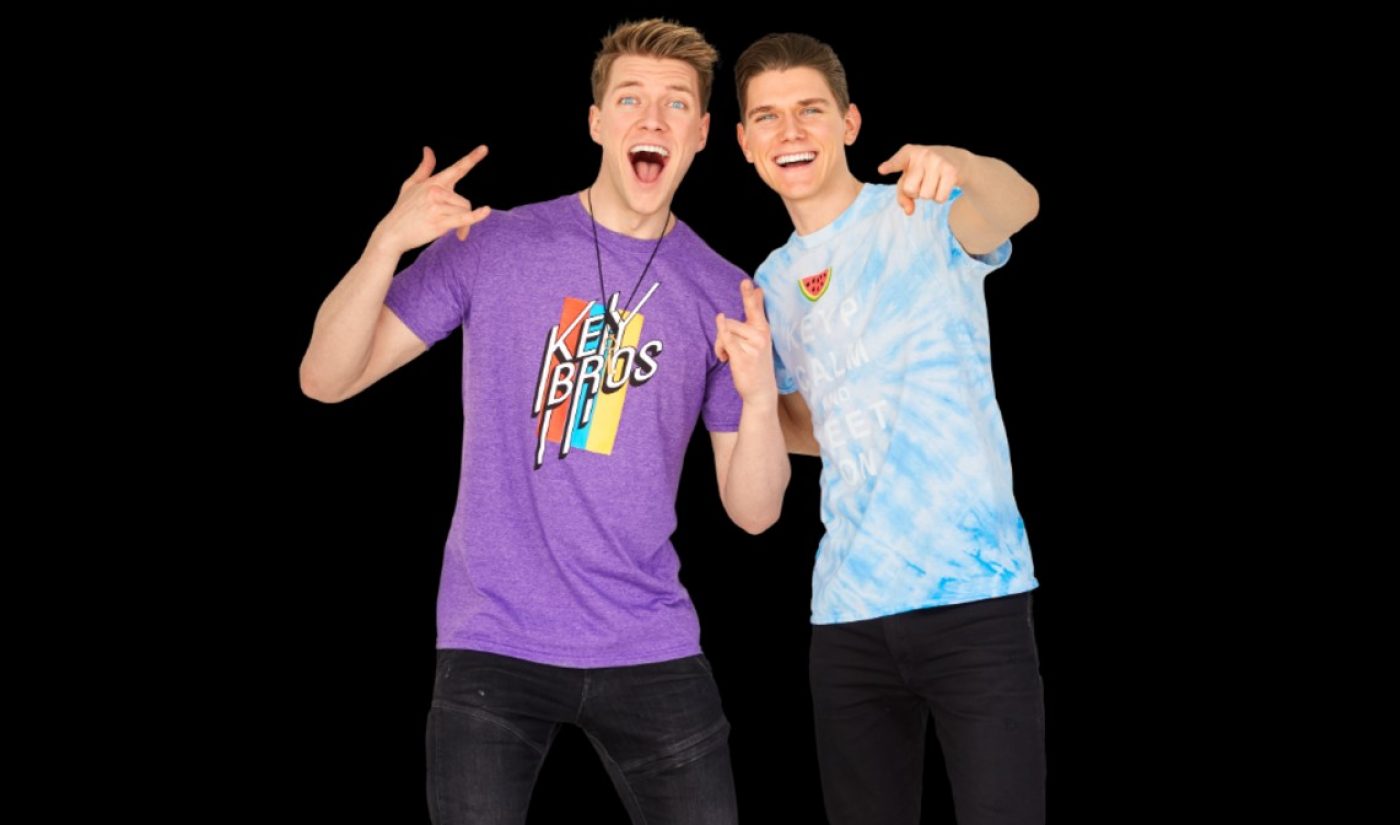 Collins Key, one of the most colossal brand-friendly channels on all of YouTube — with 21 million subscribers and averaging roughly 100 million views per month — is following countless fellow kid-friendly digital stars into the lucrative toy business.

Moose Toys has been named the master global licensing partner for Key’s channel, which stars brothers Collins and Devan Key. The ensuing toy collection, bowing this fall, will feature challenge and DIY-inspired toys and activities — in keeping with the brothers’ snacky video content, and enabling viewers to recreate their games and same stunts at home. The collection will be supported at launch by a multi-tiered marketing campaign, Moose says, including national television, digital, and social campaigns, as well as in-store installments and partnerships with other influencers.

“[The Key brothers’] creativity and high energy will seamlessly extend through to the line and bring wildly entertaining challenges directly to the #KeyperSquad,” Joe Smith, Moose Toys’ director of global marketing for licensed brands, said in a statement. (#KeyperSquad is the name of the Key brothers’ fandom).

Australia-based Moose Toys designs, develops, and manufactures toys, having risen to prominence in 2014 with Shopkins — pint-sized characters based on grocery store items. In addition to the Key brothers, Moose has also pacted with other digital phenoms, including the India-based children’s channel ChuChu TV in 2018 to create a range of preschool-aimed dolls and plush toys.

Key, for his part, first rose to renown for his magic skills as a finalist on America’s Got Talent. And toys are not his first product offering for fans. He launched a merch collection — including graphic tees, hoodies, and phone accessories — back in 2018.