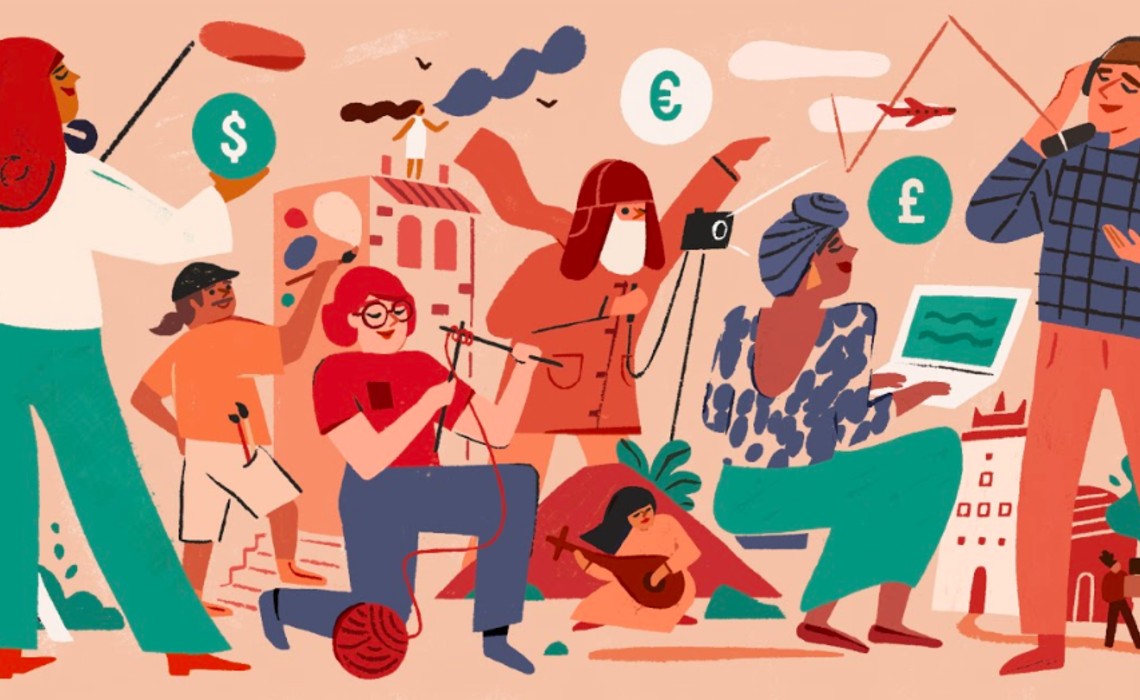 Patreon says it already boasts a burgeoning international community, with 40% of its creators and patrons based outside of the U.S. Patreon says it serves 150,000 total creators from over 180 countries, and its 4 million patrons hail from upwards of 200 countries across the globe.

But today, the subscription platform — which enables fans to fund their favorite creators in exchange for myriad perks — is ramping up global expansion with several new tools and initiatives. First, Patreon says it’s opening up new offices in Berlin “to serve as a homebase for building relationships with creative communities across Europe.” The company already operates offices in Porto, Portugal and Dublin, Ireland — though these tend to house more technically-oriented teams, including engineering, customer support, and trust & safety.

Additionally, Patreon is rolling out two new currencies that will enable creators to set their pricing tiers by Euros or British Pounds (in addition to the already-existing option of U.S. dollars). Euros and Pounds will be live for new-to-the-platform creators beginning today, and will roll out to existing Patreon creators in coming months, the company says. And looking ahead, Patreon plans to integrate more payments methods, including direct debit and even more local currencies.

Previously, all Patreon payments were charged in U.S. dollars — with creators incurring conversion and transaction fees based on the location of the charge. To help facilitate this process, Patreon notes that creators could use services like Payoneer, which deducts a $1 fee and an additional conversion fee for any transfer, or PayPal, which charges 1% of the total moment transferred — capped at $20 — as well as an additional conversion fee, which is generally 2.5%.

Beyond the added currencies, Patreon says that its Merch For Membership program — which handles all back-end support for creators who choose to offer physical merch as part of their reward tiers — has added shipping to Canada, Australia, the U.K., and Germany, with more countries coming this year. And Patreon is also working on language localization, which it says will roll out in 2020 — though the company was mum on details, including which countries are set to receive localized versions of the site. Other tidbits that Patreon is looking to localize include the way that international addresses are entered into different fields, and even how sales receipts are formatted.

LWe confidently see a future where every creator can connect directly with their fans anywhere in the world, and we’re beyond proud to be building towards it,” the company wrote in a blog post. “It will take some time, but we believe in building a ladder to the moon, one rung at a time. “