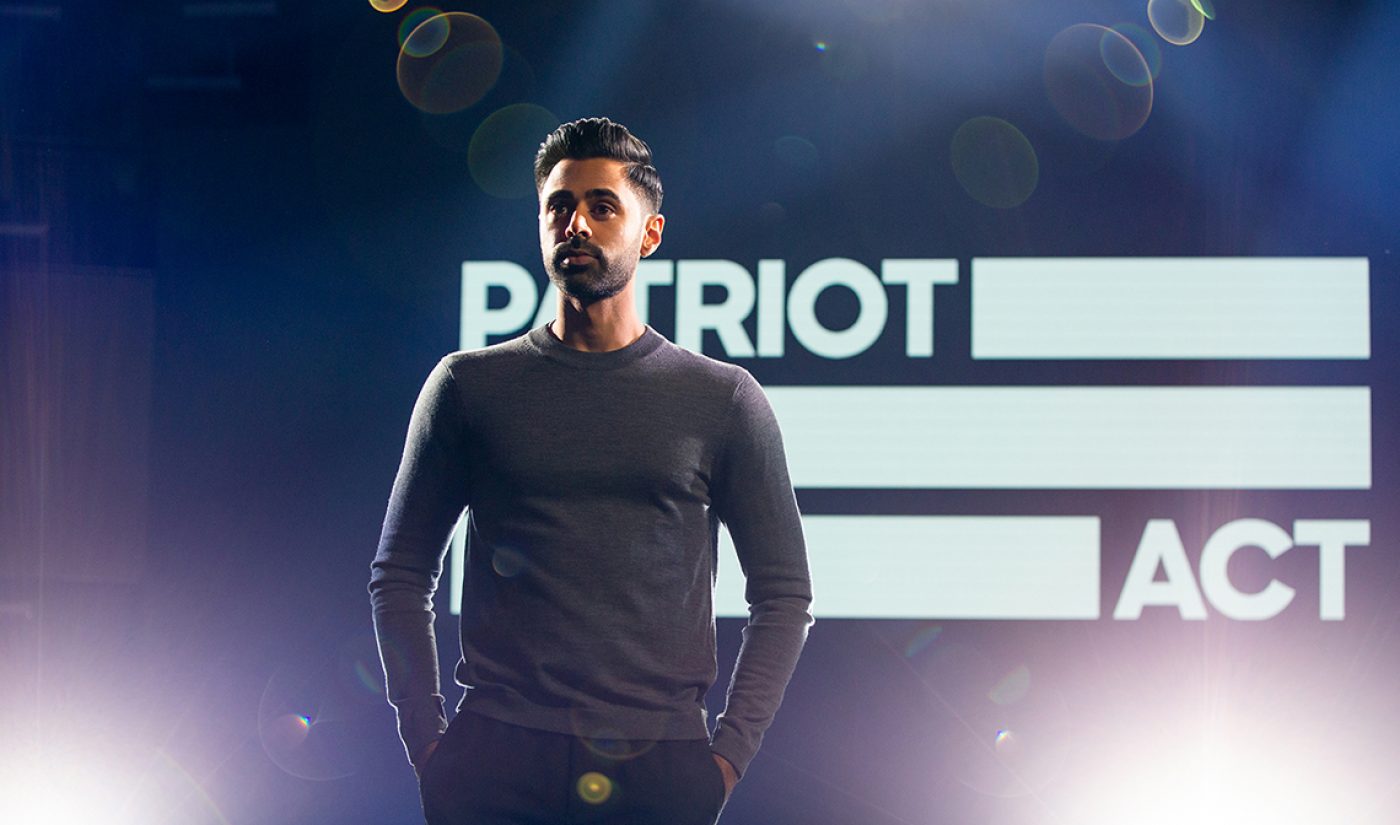 For the first time, Netflix has released a list of all the titles it has removed because of censorship demands from governments.

The streamer disclosed this data as part of its new annual transparency report, per Variety. Company executives said last year that Netflix will start releasing “more specific and granular data and reporting” to investors and the public in reports. They didn’t specify exactly what Netflix will give out, but this censorship data is new, and in recent months Netflix has increasingly offered viewership stats, including details about what it now considers a “view.”

In this report, Netflix said it has removed a total of nine programs (either films or episodes of TV shows) in the past five years due to censorship from foreign governments. In this context, “removed” means it made them unavailable in the countries whose governments banned them–but the episodes/movies are still available to stream in other countries.

More than half of pulled episodes/films were removed following demands from Singapore’s government: marijuana-themed specials Cooking on High, The Legend of 420, and Disjointed (removed in 2018); Martin Scorsese’s iconic The Last Temptation of Christ (2019); and The Last Hangover, a Brazilian film showing Jesus’ disciples waking up after a different kind of Last Supper.

Perhaps unsurprisingly, Singapore bans all “portrayals glamorising or encouraging the use of illegal drugs,” and all “films that denigrate any racial or religious group, or create misunderstanding or disharmony amongst the races.”

Also on the list is possibly the most well-known of Netflix’s censorship-related takedowns: one episode of talk show Patriot Act with Hasan Minhaj. In it, Minhaj criticizes Saudi crown prince Mohammad bin Salman and speculates his government was involved in the 2018 murder of Washington Post journalist Jamal Khashoggi. The Saudi Communication and Information Technology Commission demanded Netflix remove the episode, and in January 2019, it did–a move that made global headlines and drew accusations that it was “[bowing] to demands of government officials who believe in no freedom for their citizens.”

At the time, CEO Reed Hastings said Netflix is “not in the news business,” and is “not trying to do ‘truth to power.’ We’re trying to entertain. We don’t feel bad about [pulling the episode] at all.”

Other pulled programs include: 1987 war classic Full Metal Jacket, removed in Vietnam in 2017 after a demand from the Vietnamese Authority of Broadcasting and Electronic Information; zombie film Night of the Living Dead, removed in Germany in 2017 after a demand from the German Commission for Youth Protection; and The Bridge, a documentary about suicide attempts in San Francisco, removed in 2015 because the New Zealand Film and Video Labeling Body classed it as “objectionable.”

In the report, Netflix writes, “We offer creators the ability to reach audiences all around the world. In some cases we’ve also been forced to remove specific titles or episodes of titles in specific countries due to government takedowns.”

It added that from now on, it will release an annual list of any titles removed due to censorship.