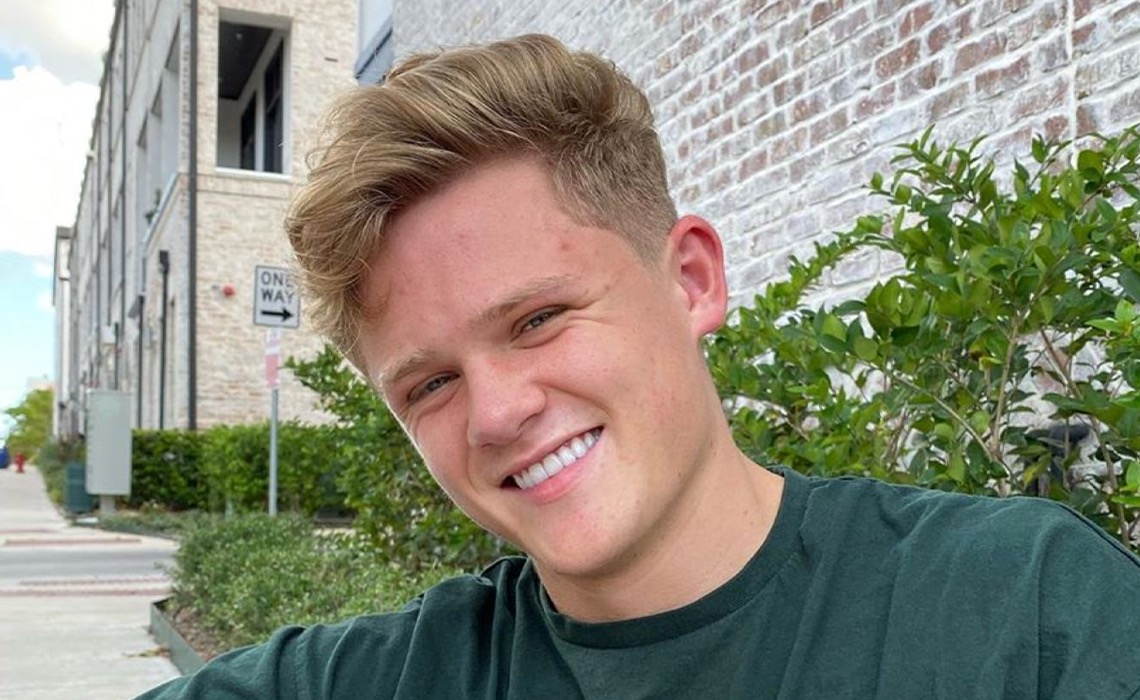 From the outside, it’s easy to think Ryan Trahan has always known exactly who he is.

His very first YouTube videos, from way back in 2014, are a mix of quick-witted comedy content and chronicles of his state track meets. As Trahan’s channel grew, he pushed into new territories–personal vlogs, the occasional how-to, and trendy challenges like copying celebrities’ Instagrams for a week. Then Trahan settled firmly into a popular genre: commentary videos, where he’d cover a person or scandal of the week with biting humor. His channel exploded. He went from getting tens of thousands of views per video to millions.

And through all of this, Trahan was wavering. Because he didn’t actually know who he was. He didn’t know what he wanted to do. What, from an outside perspective, just looked like a creator good at switching between multiple kinds of content, was actually a creator who wasn’t sure what he wanted to be.

But not anymore. Last year, Trahan began to find his footing. An element of curiousity threaded into his content; he began doing financial experiments and collecting experiences like horseback riding, attempting new world records, and trying unfortunate 5-Minute Crafts.

With this new content, his channel grew to 2.31 million subscribers and more than 25 million views per month. Currently, he says, he’s adding subscribers at a rate of 10K per day.

Uploading content he truly enjoys did more than boost Trahan’s numbers. It peeled Trahan back to his creator roots. He wants to be the best, but he doesn’t want to be the best next MrBeast, or the best next David Dobrik or Emma Chamberlain. For 2020, he has committed to being the best Ryan Trahan: “an obnoxiously motivated, unfunny, nerdy kid.”

“This year,” he tells Tubefilter, “we’ve committed to being that unapologetically.”

Ryan Trahan: Yes, it was mind-blowing. If you have access to the internet, gaining one million YouTube subscribers is probably on your vision board. No kid could ever predict how such a feat would come to fruition, and that’s okay–the important thing is that the kid dreams big. It felt amazing to achieve it, but it’s dangerous to put your identity and self-worth into an objective goal; once you achieve it, there’s an overwhelming sense of lacking purpose. It beautifully taught me that my identity is more than a subscriber count, and that the one million are real people I can impact in the best way. That’s the real achievement.

RT: Okay! Fun! I’m Ryan from small-town-rural-middle-of-nowhere Texas. I went to Rice High School in Altair, and the “Rice” literally was named after the grain. To be fair, I was a pretty lame kid, but I really liked choosing a hobby and trying to be the best at it. These hobbies ranged from reading to playing trumpet to quickscoping in Call of Duty, running track and becoming valedictorian, and now YouTube. Whatever I pursue, I see as representing my character and work ethic. I have to (try) to be the best.

Tubefilter: You’re gaining a significant number of subscribers each day. Was there one particular video that kicked off this growth? Have you tweaked your content strategy to keep this growth going?

RT: 2020 VISION BABY!!! This year we’ve committed to ideas. We brainstorm at least an hour a day and focus on broadly appealing, fascinating ideas that most people would be interested in–including ourselves. I had, like, eight videos on my idea list that involved a Tesla, so in December I bit the bullet and purchased a Model X. It’s proven to be worth the investment, since two of the videos we posted in January are both over 5M views and climbing. And while I’m not sure there’s any such thing as “original” at the end of the day, I think there’s great value in adopting your own style and content direction. The world has seen MrBeast and David Dobrik and Emma Chamberlain–why should we be version two of them? I want to be Ryan Trahan, because the world hasn’t seen him yet. That’s the secret.

Tubefilter: Your content is a mix of trendy topics, commentary on current goings-on, challenges…How do you decide what to do next? What’s appealing about producing a variety of videos rather than sticking to one niche?

RT: You got me. This is probably my biggest insecurity. Prior to 2020, I had a very difficult time identifying my style and who I want to be. Commentary used to work for me to grow my channel, but it felt like I was picking a target once a week and making fun of them, even if I was unbothered. I’m no comedian–I’m more of an obnoxiously motivated, unfunny, nerdy kid. This year we’ve committed to being that unapologetically.

RT: I think YouTube is in a state right now that rewards creativity and uniqueness. This isn’t 2015, where everyone and their grandma made beanboozled challenges and enjoyed millions of views. People like MrBeast have pushed the boundaries of what it means to be entertained on YouTube, and that standard increases every day. Although we’ve just recently figured out our formula, I think the world will quickly see how our ability to think deeply about an idea–everything from the thumbnail and title to plot structure–will impact our channel’s success moving forward.

Tubefilter: Is YouTube a full-time job for you? Walk us through a usual day.

RT: YES IT IS. It’s my entire life at this point. Haley (pham, you know her–my perfect girlfriend) and I bought a house together last October, and it is the biggest blessing in the world. We have a beautiful view in the mornings, so I wake up about 30 minutes before the crack of dawn and brew my morning cup of joe. I like to watch the sunrise and drink coffee. There’s nothing quite like the feeling of gratitude one feels when watching this sphere of hot plasma hit the start button on another day (where’s my Pulitzer?). Around 8:30 a.m., I head to the office, which is actually just an investment property that our team works out of. From 9 a.m. to 4 p.m., we crank out our to-do list. After that, we go to CrossFit and work on my summer bod. From 6 p.m. to 10 p.m., eat dinner and I relax with Haley. Then we do it all over again!

Tubefilter: What’s your production process like? How long does the average video take you to make, from conception to posting? How often do you film?

RT: I’ve recently brought on a great team of talented people. We’re all jacks of all trades–so the editor can also film, the operations guy can also produce, etcetera. Some videos take around a week, others can take three or four months.

RT: Thumbnails. I love Photoshop and challenging myself to make people click on our hard work.

RT: We’ll be one of the biggest channels this year. We have the drive and “big thinking” needed. The best part is that our videos are so fun to film, I just know it will be the best year ever.

You can add yourself to the ranks of Trahan’s more-than-a-million YouTube subscribers at his channel YouTube.com/rysphere.

YouTube Millionaires: Danielle Cohn Got Her Start On Musical.ly — Now, Her YouTube Music Videos Are Viewed By Millions