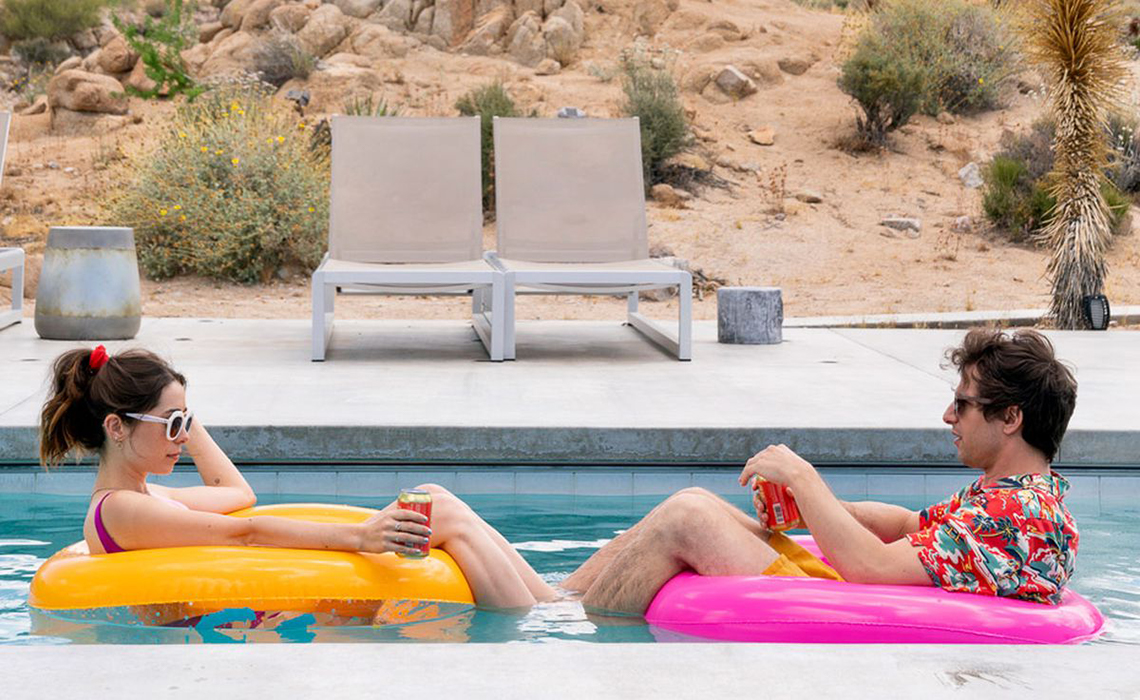 Lost amid the glitzy launches of a string of competing subscription VOD services, 12-year-old Hulu has seemed like a dowdy aunt, someone you only visit if you needed a deep dive into some broadcast network’s back episodes. Like that aunt, Hulu seemingly has always been at the streamer family gatherings, but almost never has been the life of the party.

In part, it’s not Hulu’s fault. For most of its existence, the company lacked any clear direction, stumbling to and fro under the conflicting demands of as many as four owners. Given my own long-ago experience as an MGM executive with  a tiny bit of oversight of MovieLink, which was owned by five studios, I know how it usually works out for such hydra-headed companies.

Oh, sure, Hulu has occasionally garnered attention, notably for The Handmaid’s Tale, the adaptation of Margaret Atwood‘s dystopian novel and winner of  14 Emmys, including Outstanding Drama Series.  It was the service’s first notable original.

And now Hulu’s ownership, at least, has been clarified. Disney acquired a controlling share when it bought most of 21st Century Fox. Then it bought out WarnerMedia‘s small stake and cut a deal with NBCUniversal to manage then acquire its remaining one-third share. And just to put a bow on it all, Hulu’s CEO of the past two years, Randy Freer, stepped down on Friday as Disney consolidated all its streaming operations under direct-to-consumer chief Kevin Mayer.

That consolidation, along with digesting the Fox assets and launching Disney+, understandably seemed to occupy Disney much of last year. (It’s no coincidence the head of the newly renamed Twentieth Century Studios, Emma Watts, also stepped down last week.)

But perhaps now the Mouse House is starting to pay more attention to Hulu, as suggested by two big deals at Sundance Film Festival this past week. Now, Disney looks like it may be ready to make Hulu a more serious contender for audience attention and subscription dollars, instead of just a throw-in to its Disney+/ESPN+ bundle.

It’s about time, too. Hulu has been lurching around the online video business since 2007, practically the Cenozoic Era of streaming. Throughout those many years, it’s mostly played third fiddle to market leaders Netflix and Amazon. These days, it’s not even that. Anaylysts estimate that Apple‘s TV+, which launched Nov. 1, is already the third-largest service, with more than 33 million subscribers to Hulu’s 28.5 million.

But Hulu has gone and done something interesting: it made two big deals at the Sundance Film Festival, home of pretty much everything Hulu hasn’t been. If Hulu was the place to find gazillions of square, offend-no-one broadcast TV series, Sundance has been the iconic home of edgy indie feature films.

Hulu’s first big Sundance deal, made with the indie distributor Neon, was of the much-liked Andy Samberg comedy Palm Springs. The acquisition price of $17.5 million included an extra 69 cents so the deal would set a Sundance record.

It’s safe to say that, like Sundance itself, Neon represents the exact opposite of everything Hulu. Its current slate includes some of 2019’s most lauded films, including the Korean horror/satire Parasite, up for six Oscars, including Best Picture; Honeyland, a unique Oscar double nominee for best documentary and best international feature; and the Golden Globe-nominated LGBTQ empowerment story Portrait of a Lady on Fire.

Palm Springs, which Variety critics put among their 13 best films of Sundance, can be roughly described as a cross between Groundhog Day and The Hangover. Neon will handle the theatrical distribution, Hulu the online–an unusual division of labor that suggests some innovative thinking is taking hold at Hulu.

And as the festival wrapped this weekend, Hulu also appeared to have won a bidding war for horror/comedy Bad Hair, by Justin Simien, the filmmaker who stirred up the 2014 Sundance with his satirical Dear White People. That film won a special jury prize and was a nominee for the grand prize. (Netflix later turned it into an episodic series.) Hulu reportedly will pay $8 million for rights to Bad Hair, still a significant price for a Sundance film. More interesting is Simien’s former Netflix connection. Variety reported that one holdup to the Hulu deal was Simien’s concern that Bad Hair still get a theatrical release even if a streamer bought it.

That’s long been a point of conflict for Netflix, which has given short theatrical runs only to the relatively few films it sees as significant awards contenders. This year that included such awards sponges as The Irishman, The Two Popes, I Lost My Body, and Klaus.

Hulu’s Palm Springs pas de deux with Neon might end up being a smart alternative approach that will appeal to some filmmakers wanting the marketing and media attention a theatrical release can attract.

Putting Sundance fare on Hulu also makes a lot of sense if Disney wants to sharpen the differences between its two entertainment services. It already sent Hulu the less-family-friendly assets from Fox, including from renamed specialty distributor Searchlight Productions (which had a Main Street storefront at Sundance) and cable networks FX and FXX. Disney+ took the squeaky-clean National Geographic programming from the Fox deal, along with decades of The Simpsons and some superhero franchises.

Disney CEO Robert Iger already told investors last year that the company plans a dedicated FX hub on Hulu that will include some streaming exclusives, including a new series from Ex Machina director Alex Garland. Searchlight will also provide some Hulu exclusives, while still finding smaller films for theatrical release.

But if more edgy fare is on the way to Hulu, it wasn’t obvious from the company’s Super Bowl ad. It was putatively about the separate Hulu with Live TV skinny bundle, but mostly served to give New England Patriots fans hope that Tom Brady, the Dorian Gray of NFL quarterbacks, would return for another season.

That contrasted with the Disney+ Super Bowl ad, which featured three upcoming Marvel series (The Falcon and the Winter Soldier, WandaVision, and Loki), and the tagline, “The universe is expanding.” The three shows include one that won’t arrive until next year, but nevertheless reflect Disney+ efforts to persuade subscribers that they’ll still have plenty to watch now that the first season of Star Wars series The Mandalorian has wrapped. Disney+ also had a Sundance screening and separate Hollywood premiere last week for kids’ feature Timmy Failure: Mistakes Were Made.

For its part, Amazon Prime ran a Super Bowl ad for Hunters, its new series about Nazi hunters starring Oscar winner Al Pacino. Netflix, though it will spend an estimated $17.3 billion this year on programming, didn’t spend any of its marketing budget on the big game.

Perhaps for its Super Bowl ad, Hulu should have lifted Tom Brady’s closing line – ‘“I’m not going anywhere” – as its own declaration of intent. Or maybe not. This past week, with the Freer departure and the Sundance deals, it finally feels like Hulu is going somewhere. And it’s about time.