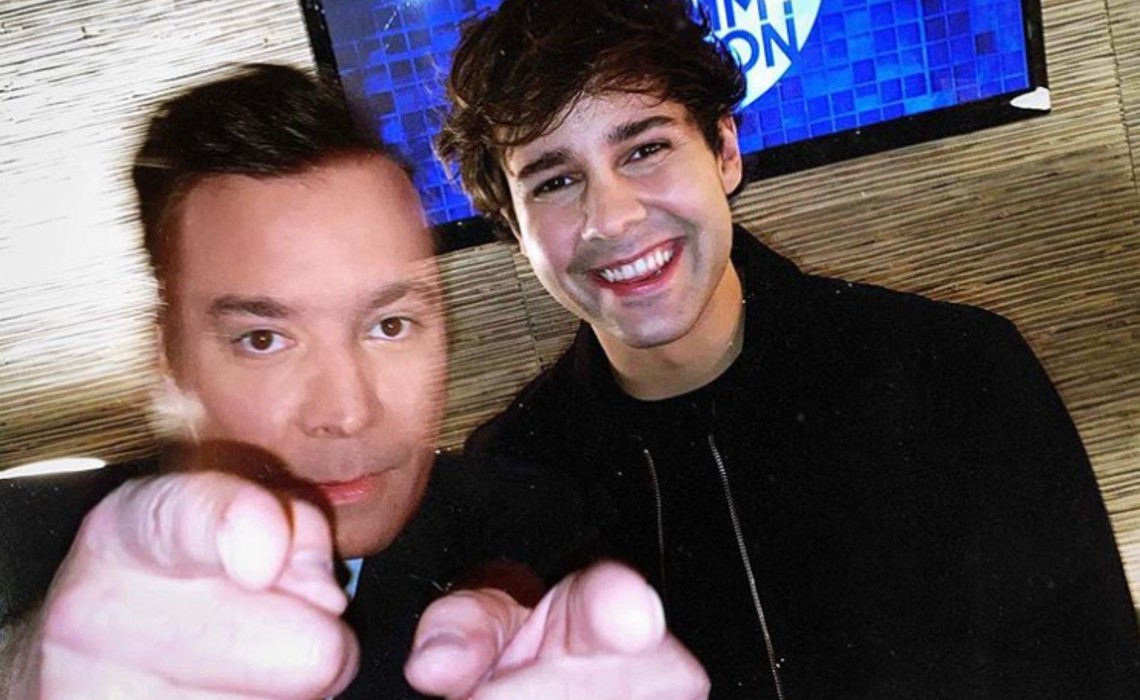 David Dobrik just got one step closer to realizing his late-night dreams.

The YouTube luminary said during a VidCon Q&A in 2018 that his ultimate career goal would be to become a late-night host. Given that his channel regularly spotlights a revolving cast of characters, Dobrik clearly has a knack for letting others shine. (He is also already the host of a comedy podcast called Views).

For the first time, Dobrik had the opportunity to share his ambitions with one of the most prominent figures in the space, having made his late-night debut on The Tonight Show Starring Jimmy Fallon on Tuesday. Dobrik wasn’t on to promote anything in particular, but moreso to introduce himself to late-night viewers.

In addition to playing charades with Martin Short and The Roots rapper Tariq Trotter, talking about the time that he married the 70-year-old mother of fellow ‘Vlog Squadder‘ Jason Nash, and recounting the time that Justin Bieber tickled him in a nightclub, Dobrik also got to live his dream when Fallon briefly let him assume the host position behind his coveted desk (see below).

“I grew up watching it with my family — all the late-night shows,” Dobrik said, adding that his biggest fear about ultimately having a show one day would be having to shake guests’ hands with his excessively sweaty palms. “Then I realized that usually when a woman comes on the show, you give her a hug,” he joked. “So I think my way out of it would be to have a show with only women.”