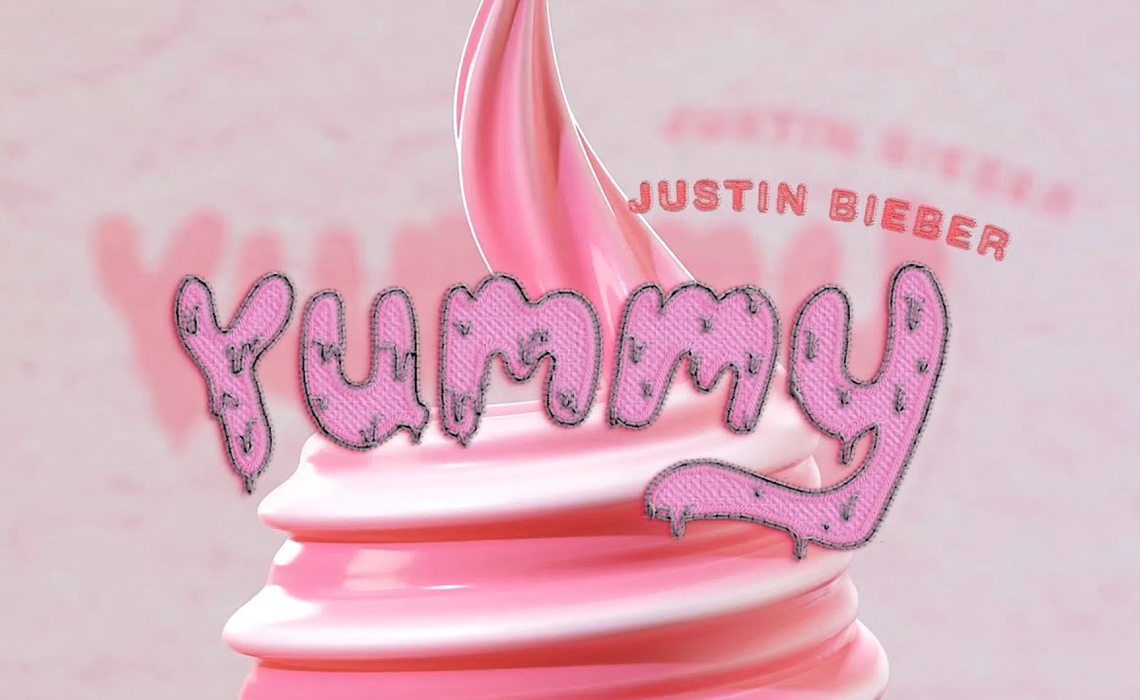 Justin Bieber apparently wants the streaming stats for his new song to be “Yummy.”

The pop star, who’s about to release his first album in five years–and a pricey YouTube docuseries to go along with it–is taking some heat after sharing a guide that showed fans how to manipulate streaming figures and drive his song up to Billboard’s No. 1 spot. He’s also garnered attention for uploading seven “Yummy” music videos to YouTube, all of which are monetized (including one that’s a four-minute compilation of food fight scenes from TV shows and films) and all of which further juice his stats for the charts.

Two months ago, uploading multiple videos for the same song might’ve simply been obnoxious, but as of mid-December, Billboard’s rankings now take into account video and audio data from YouTube–meaning the videos’ combined 80 million views contributed to its chart potential.

The how-to-game-Billboard guide Bieber shared was originally made and posted to Instagram by a fan, and Bieber reposted it to his own Instagram account without comment. He and the fan account that posted it have both since deleted the guide, but screenshots show it instructed fans to game Spotify by making a playlist filled with “Yummy” on loop and listening to the playlist endlessly: “Don’t mute it! Play at a low volume. Let it play while you sleep.” Doing so would net the 3:30 song around 17 streams per hour—411 per day. Listeners outside the U.S. (whose streams don’t count toward Billboard’s charts) were told to use a VPN to make their traffic look like it was coming from within the States.

The guide also shared some tips that weren’t egregious, like buying the song multiple times from Bieber’s website and linking to his YouTube videos rather than reposting them.

So, if people followed the tips, is there a chance they significantly affected Billboard’s charts? Not really. As The Verge points out, instant chart-toppers get tens of millions of streams within the first few days of release, so while it’s possible fans who followed the guide may have bumped his song up a bit, inorganically achieving No. 1 numbers would’ve taken a mass, organized effort. “Yummy” was released 10 days ago, and is currently sitting at 55 million Spotify streams (plus the 80M on YouTube). It did hit some Billboard radio airplay charts, and reached No. 8 on Australia’s ARIA Singles Chart, but crucially did not nab a spot on the mac daddy of charts: the Hot 100, based on sales, radio airplay, and streaming activity.

if u don’t have a number one, just make a 5 page slide show ASKING UR FANS TO GAME THE SYSTEM BY LISTENING TO UR SONG ON REPEAT QOIETLY WHILE THEY SLEEP and also buy it multiple times

this is what the industry looks like in 2020 lol this shit is so sadhttps://t.co/PquvuHRQTH pic.twitter.com/hhYnLrAsSF

There’s also the fact that Nielsen, the measurement firm that calculates Billboard’s charts, has in the past said it has “mechanisms in place to protect against this kind of activity.” (It didn’t offer any more information about how it parses out illegitimate listening from intended-to-game listening.)

As for YouTube, the videos are all still up and collecting views/listens. Bieber–who’s YouTube’s most followed artist, with 48.7 million subscribers–fleshed out the “Yummy” presence with two animated videos, the food fight video, a fan lip sync, and a “Beliebers react” video with fans listening to “Yummy” for the first time.