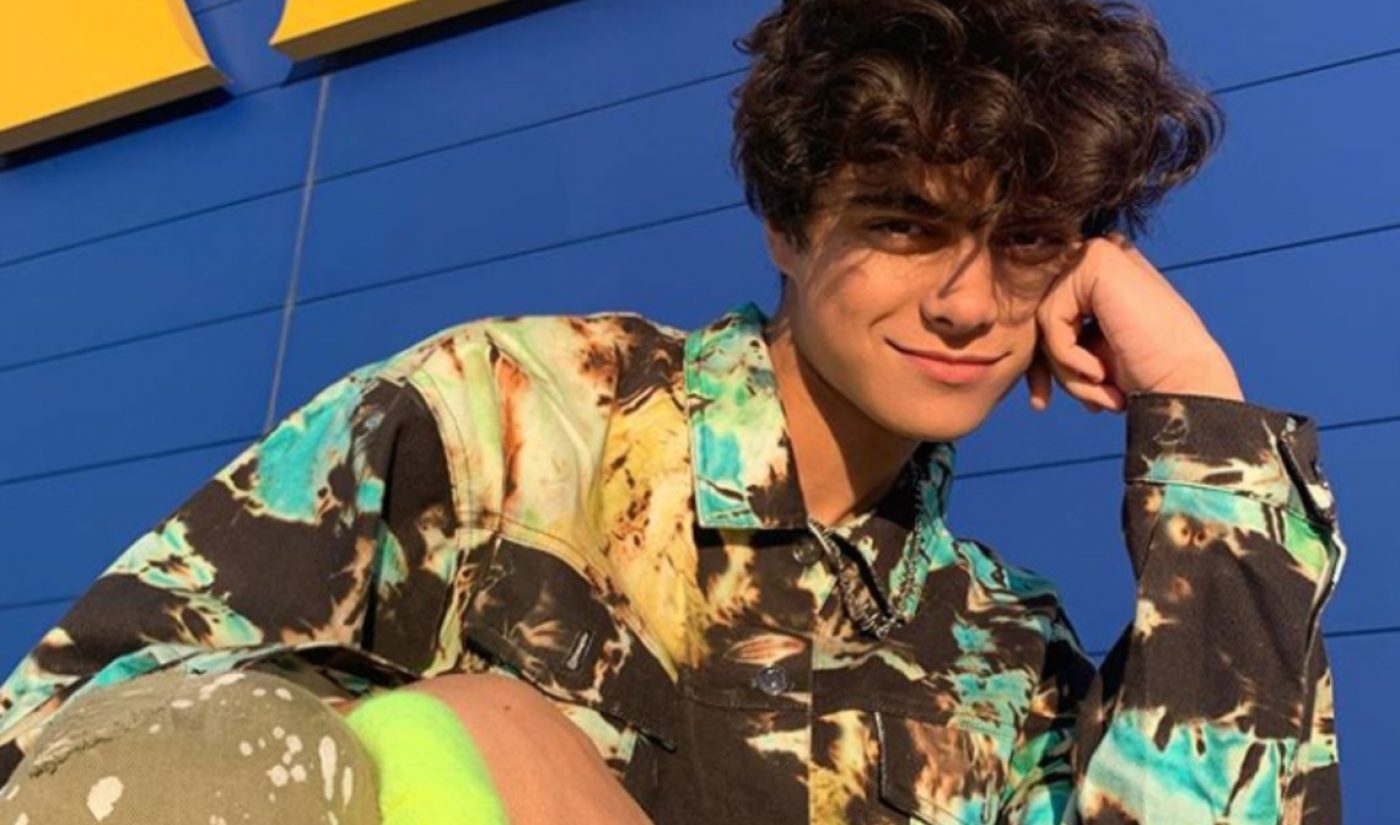 According to The Hollywood Reporter, the app is particularly favored by fashion and beauty brands in search of its coveted Gen Z audience — whereas Instagram may still rule the roost when it comes to millennials. Top TikTok stars are landing brand deals with prestigious marketers, per the Reporter, including E.l.f. Cosmetics, Ralph Lauren, MAC, and NARS.

And while Brittany ‘Komucha Girl’ Tomlinson was the first TikTok creator to be signed by talent agency UTA, digital talent management companies, like Select Management Group, are getting in on the action as well. That company’s first signing is Ben De Almeida (pictured above). Select is working with De Almeida, whose comedic sketches have garnered 2.4 million followers, to help the 20-year-old negotiate brand deals.

Top stars on the app can earn a pretty penny — to the tune of $20,000 to $30,000 for a sponsored post, according to the Reporter. Though mainstream celebrities like Will Smith, who counts 12.5 million TikTok followers, can make up to six figures per brand deal.

While those may sound like astronomical figures, they’re not entirely unprecedented. In its heyday, stars on Vine — which in many ways feels like a spiritual predecessor to TikTok — could make between $20,000 to $50,000 per ad campaign, Rob Fishman (the co-founder of Twitter-owned influencer marketing agency Niche) told Complex in 2014.

To facilitate these brand deals, TikTok has various products in place, including the ability for some users to make their videos shoppable, as well as the four-month-old TkTok Creator Marketplace, a hub that enables approved agencies and brands to search for potential creator partners via follower count, subject matter, and other audience analytic points.

You can read more about the burgeoning branded content environment on TikTok in The Hollywood Reporter.