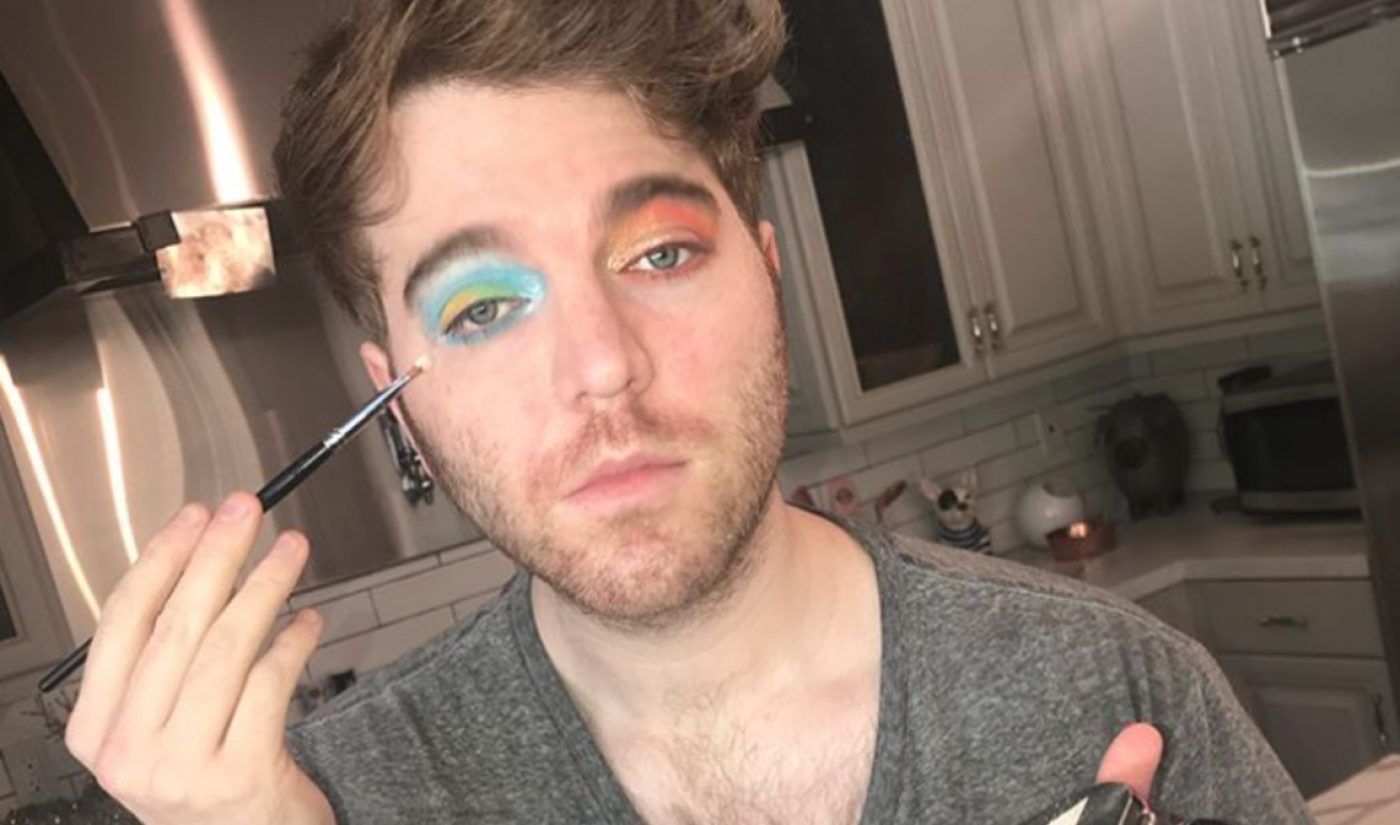 Shane Dawson’s beauty aspirations have not subsided in the wake of his blockbuster collaboration with Jeffree Star or the sold-out makeup collection that the duo documented in their latest series.

On the Community Section of his flagship YouTube channel yesterday, Dawson announced the creation of a new channel called Shane Glossin’ that he says will serve as a repository for creative makeup experimentation, slime videos, or deleted scenes from The Beautiful World Of Jeffree Star. Notably, Shane Glossin’ is also the name of one of the products in Dawson’s ‘Conspiracy Collection’ — a clear lip gloss.

“I know makeup related videos aren’t for everyone so I started a channel for that kinda stuff if you’re interested,” he wrote, adding that he didn’t intend to make an announcement but did so after a fake channel popped up. “Don’t worry, I’m not trying to be a guru or anything! I just thought it could be a fun hobby and cool to have a low pressure place to post stuff like that.”

It wouldn’t be entirely cynical to assume that Dawson could also use the new hub to showcase any future beauty launches — created in collaboration with Star or otherwise — given the astronomic success of their first outing. The sold-out Conspiracy Collection is reportedly restocking in coming months.

Dawson also responded to criticism on Twitter that he’d merely pretended to be interested in beauty for the sake of the docuseries and to push his product launches. “I play with makeup almost daily,” he wrote. “I just don’t post about it because I’m not in the mood to post. After a series, I tend to gain weight, spiral, and hibernate for a couple months…I promise my passion for it hasn’t died. It’s one of the only things that makes me happy and calm. I bring my brushes everywhere I go.”