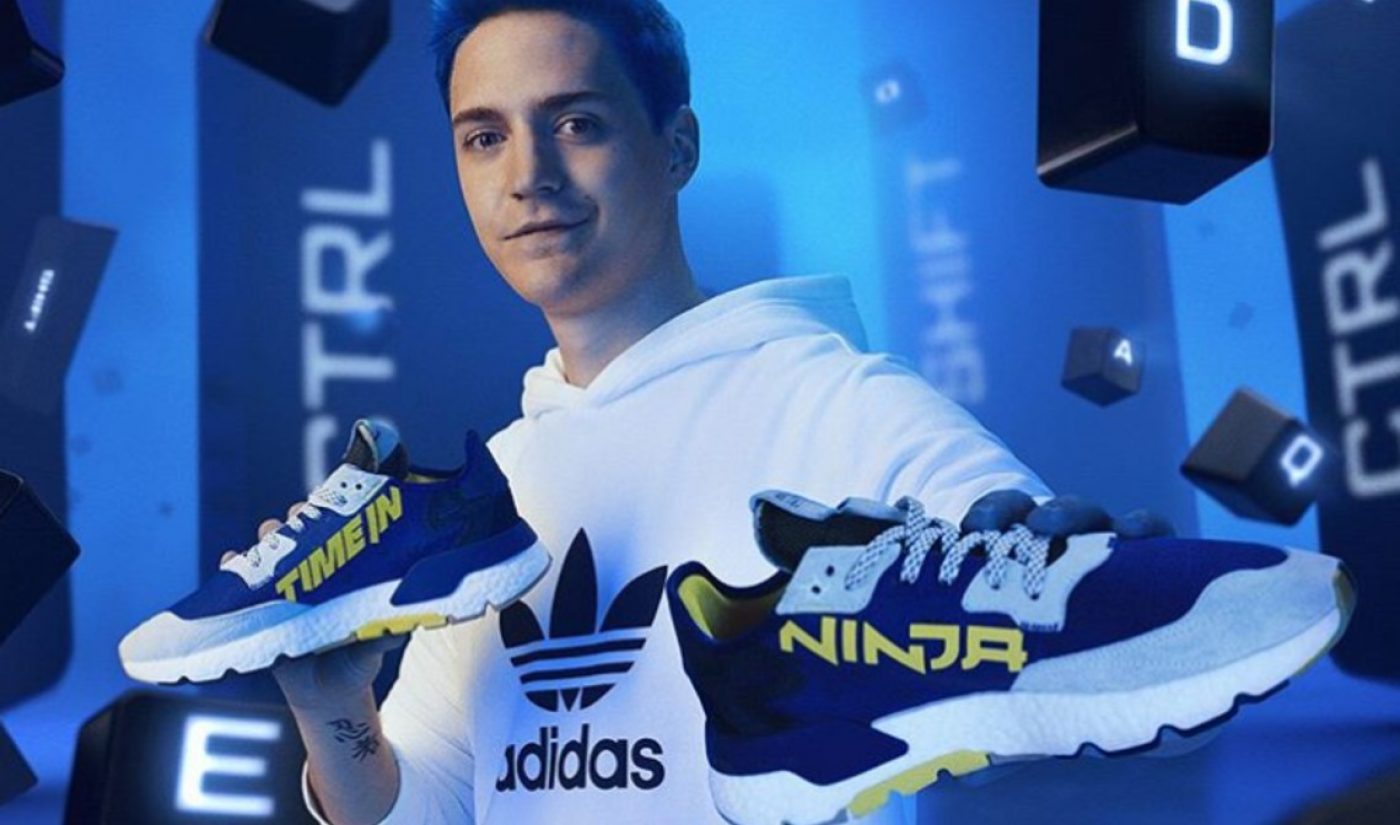 In August, Tyler ‘Ninja’ Blevins inked a historic deal Adidas, becoming the first pro gamer to sign a pact with the sportswear giant.

At the time, Blevins’ wife and manager, Jessica Blevins, tweeted an image of a Ninja-branded Adidas jacket, signalling that co-designed sportswear could be coming down the pike. Yesterday, however, Blevins unveiled his first drop with the company — a sneaker that’s been dubbed the Time In Night Jogger. The name of the shoe refers to the fact that Blevins put an enormous amount of time into becoming one of the world’s foremost gamers. Priced at $150, according to Kotaku, they will drop on New Year’s Eve.

“To kick off my collaboration with Adidas, I wanted to create a shoe that honors everyone who puts in the hard work to perfect their craft,” Blevins said in a statement on the Adidas website. “Everyone who knows what it’s like to sacrifice for their passion. Everyone who puts the time in. Whether you’re on hour 1 or 1,000 of your journey, this shoe is for you.”

The blue and yellow shoes are emblazoned with the words ‘Time In’ on the right foot and ‘Ninja’. Nite Joggers are an existing and popular shoe design within the Adidas line, though Ninja’s edition marks a revamped color combination.

In addition to Blevins, Adidas also collabs with illustrious celebrities and fashion designers like Kanye West, Pharrell Williams, Beyonce Knowles, Jeremy Scott, Alexander Wang, and Raf Simons. And Blevins counts a number of other brand partners and business ventures as well, including a book deal, a Red Bull sponsorship, and even a recent stint on the hit reality singing competition The Masked Singer.