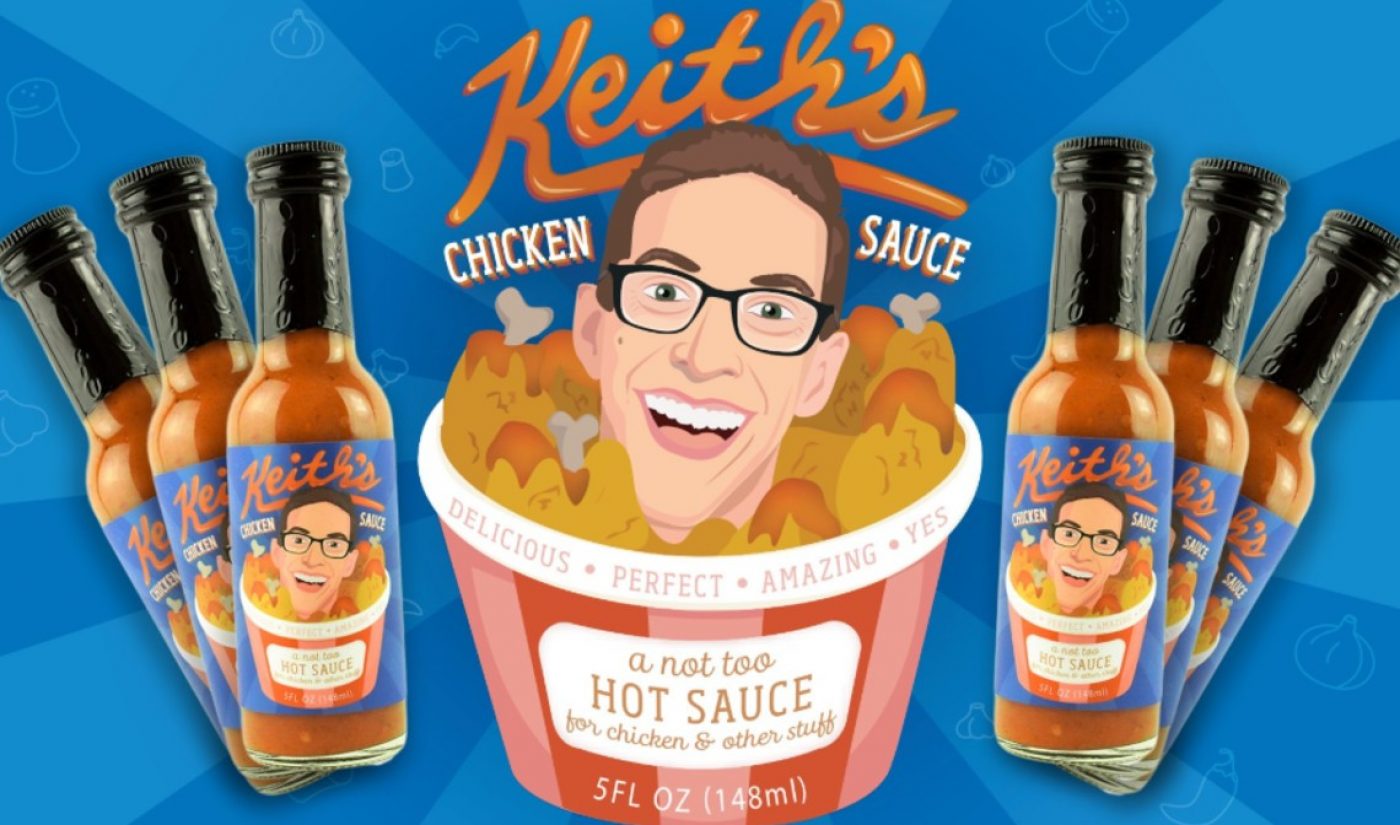 Keith Habersberger, one-fourth of the megawatt YouTube team The Try Guys (6.6 million subscribers), has launched his very own hot sauce — and fans are eating it up.

The $12 bottles of sauce were born of Habersberger’s well-established love for fried chicken, and the finished product has accordingly been dubbed Keith’s Chicken Sauce. Habersberger created the sauce alongside Heatonist, an online hot sauce retailer that also owns two storefronts in New York City, and which also collaborates with another YouTube star, Sean Evans, host of First We Feast‘s popular Hot Ones series. On his show, Evans interviews celebrities as they consume increasingly spicier chicken wings, and Heatonist sells a variety of Hot Ones-branded sauces.

For his first run of Keith’s Chicken Sauce, Habersberger ordered 10,000 bottles. And everything sold out on Dec. 1, less than two days after launch for a cool $120,000 in sales. Surging demand necessitated a restock that arrived today, with bottles guaranteed to ship — and arrive — prior to Christmas.

While the other Try Guys were supportive of his culinary foray, Habersberger tells Tubefilter that this marks his first solo product venture. “With everything we do as individuals and as a group, The Try Guys truly believe in the ‘a rising tide lifts all boats’ philosophy,” he said. “What’s good for one of us typically is good for all of us. The success has already sparked a lot of discussion on other cool products our fans might like.”

For its part, Keith’s Chicken Sauce aims to channel notes of Ranch dressing, and also features Vermont maple syrup as well as sour cream powder for a creamier texture. In addition to chicken, Heatonist — which sells roughly 100 different hot sauces from 60 small-batch producers (in addition to its own recipes) — says that the sauce is right at home on french fries, grilled cheese, and pizza. Habersberger collaborated with chef Claire Georges of Vermont’s Butterfly Bakery to formulate the sauce, with peppers sourced from the Duchess Farm in New York.

In a video on the Try Guys channel (above), Habersberger took fans through the process of creating the sauce, which he says has been in the works for over a year. Habersberger tells Tubefilter that a video component is crucial to any offline business ventures.

“The Try Guys have seen how developing videos or series around the creation of a product (or merch or a holiday calendar) can really help drive sales,” he says. “Making a really good piece of content about a really good product gets the audience excited to be a part of that journey. By getting the hot sauce, they are able to have their own personal conclusion to the story.”

In addition to his work with the Try Guys, Habersberger is part of a comedy musical trio called Lewberger, which was a finalist on the first season of NBC‘s comedy competition series Bring The Funny. Lewberger is currently on tour.