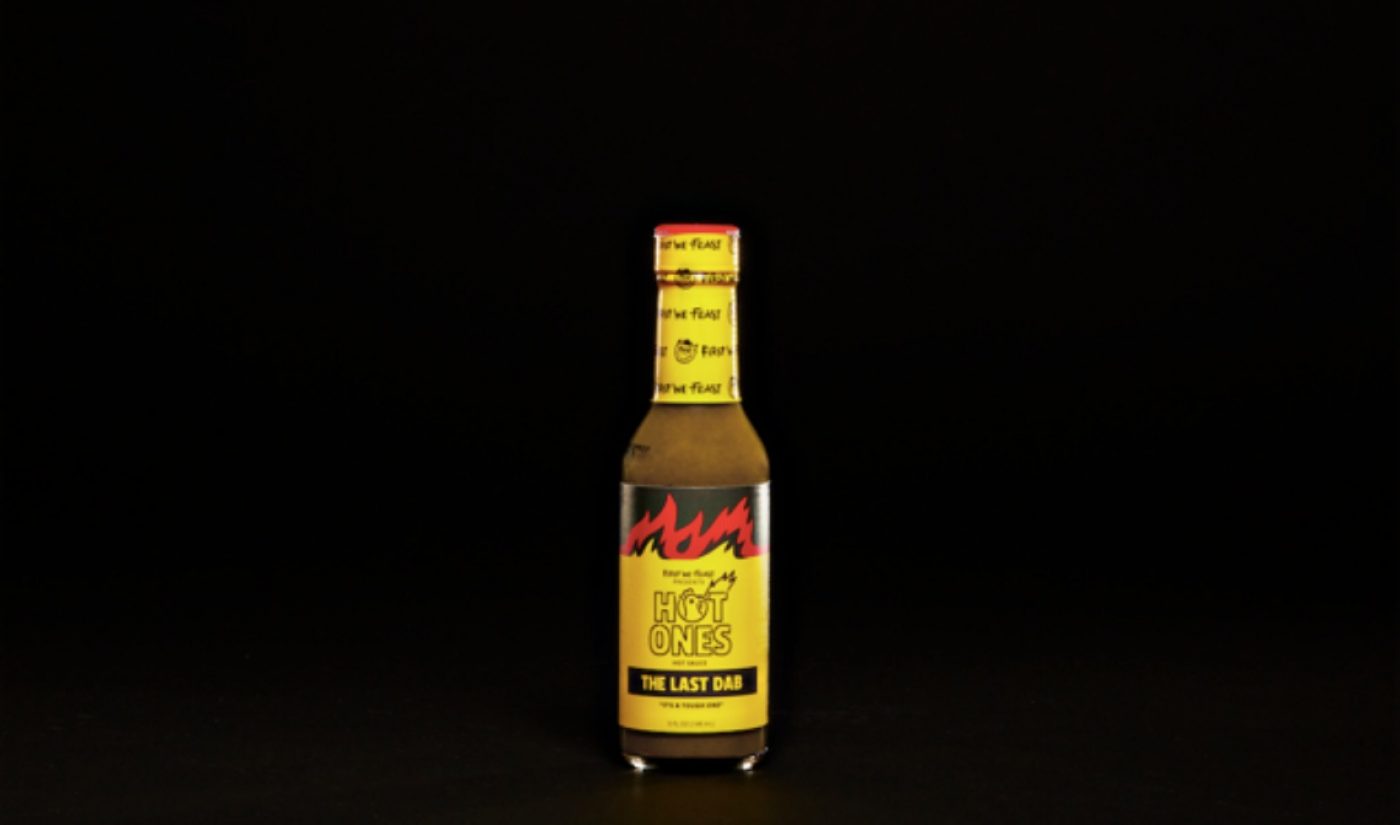 As the web series Hot Ones blisters its way through its fourth season, it is launching another treat for its fans. The show has teamed up with hot sauce purveyor Heatonist to sell a concoction called The Last Dab that stands as the Hot Ones-branded sauce — and the most intense one to date.

In Hot Ones, which runs on Complex Networks‘ First We Feast channel, interviewer Sean Evans asks his guests increasingly pointed questions as they consume increasing strong wing sauces. This season, the final sauce in the progression has been The Last Dab, which scorches its consumers thanks to the presence of something called “Pepper X.” Heatonist developed the condiment alongside Smokin’ Ed Currie, who certainly has a great hame for hot sauce production.

The Last Dab follows up the release of a 2016 Hot Ones-brand hot sauce. Based on my own personal taste test, I can attest that the first of the two sauces is itself very hot; I can only imagine the pain the latter inflicts.

“Knowing that the sauce was going to be the new No. 10 on Hot Ones was a great starting point because it let us target a specific heat profile that would lull the guests into a sense of calm before unleashing the full heat of Pepper X,” said Heatonist founder Noah Chaimberg in a press release. “It was also a lot of fun to play with the flavors and make a super-hot sauce that actually tastes great!”

Heatonist will begin to sell The Last Dab on September 14. Each bottle costs $20 and 1,000 of them are available in the item’s first run.