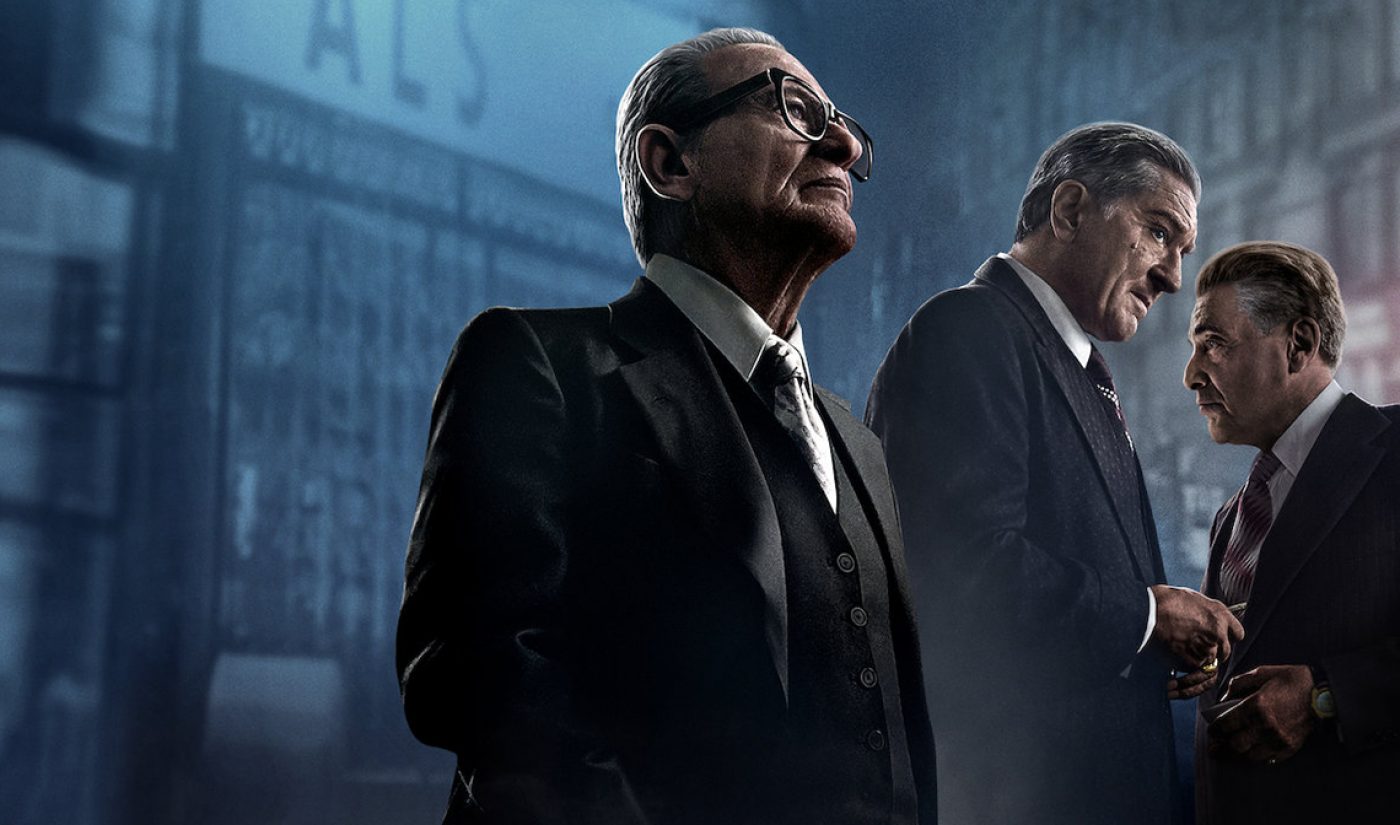 More than 17 million people watched Martin Scorsese’s Netflix feature The Irishman on their TVs in its first five days on the platform.

Netflix rarely releases viewership numbers, so that figure comes from Nielsen, the measurement firm known for providing definitive watch stats for TV programming. It took the metrics it normally uses for traditional television networks and turned them on Netflix and The Irishman, finding a total of 17.1 million unique viewers from Nov. 27 through Dec. 1, Variety reports. (As mentioned above, that number only reflects views on TV sets — not on smartphones, tablets, or computers.)

Nielsen also found that on Nov. 27, 18% of people who started streaming The Irishman watched all of it. While that may not sound like a lot, the film’s first-day retention rate was identical to that of Netflix’s much-hyped, Sandra Bullock-starring thriller Bird Box. The Irishman’s highest number of completed streams came on Nov. 29, a Friday, when 930,000 people watched it from start to finish.

One last bit of data: The Irishman’s U.S. viewer base tended to be older and male, with a median age of 49. Men between the ages of 50 and 64 made up one-fifth of its debut-day audience.

Having access to the numbers is all well and good, but what does all this mean in the context of Netflix’s reported $159 million production budget, investment in a theater run, and inevitable, potentially-expensive campaign to convince Academy Awards voters to consider The Irishman for awards? Is Netflix’s payout going to pay off?

Well, for comparison, last year’s Bird Box — produced for $19.8 million — was watched by 45 million accounts in its first seven days on the service, Netflix reported. (Nielsen’s numbers for Bird Box’s release concluded it had 26 million unique viewers on TV sets in the same time period.) Like The Irishman, Bird Box had a small theatrical run, just long enough to fulfill Oscar consideration requirements, but ultimately was nominated for just one, non-Oscar award, and didn’t win it. The Irishman, however, has already nabbed the Best Film of 2019 title from the prestigious National Board of Review, and is widely considered a leading Academy Awards contender across categories. (It also earned back a small portion of its production budget, $5.9 million, during its theater run. Bird Box’s box office numbers aren’t available.)

Variety reports that Netflix has also confirmed it knows how many people signed up for its service specifically to watch The Irishman, but it won’t release that number.